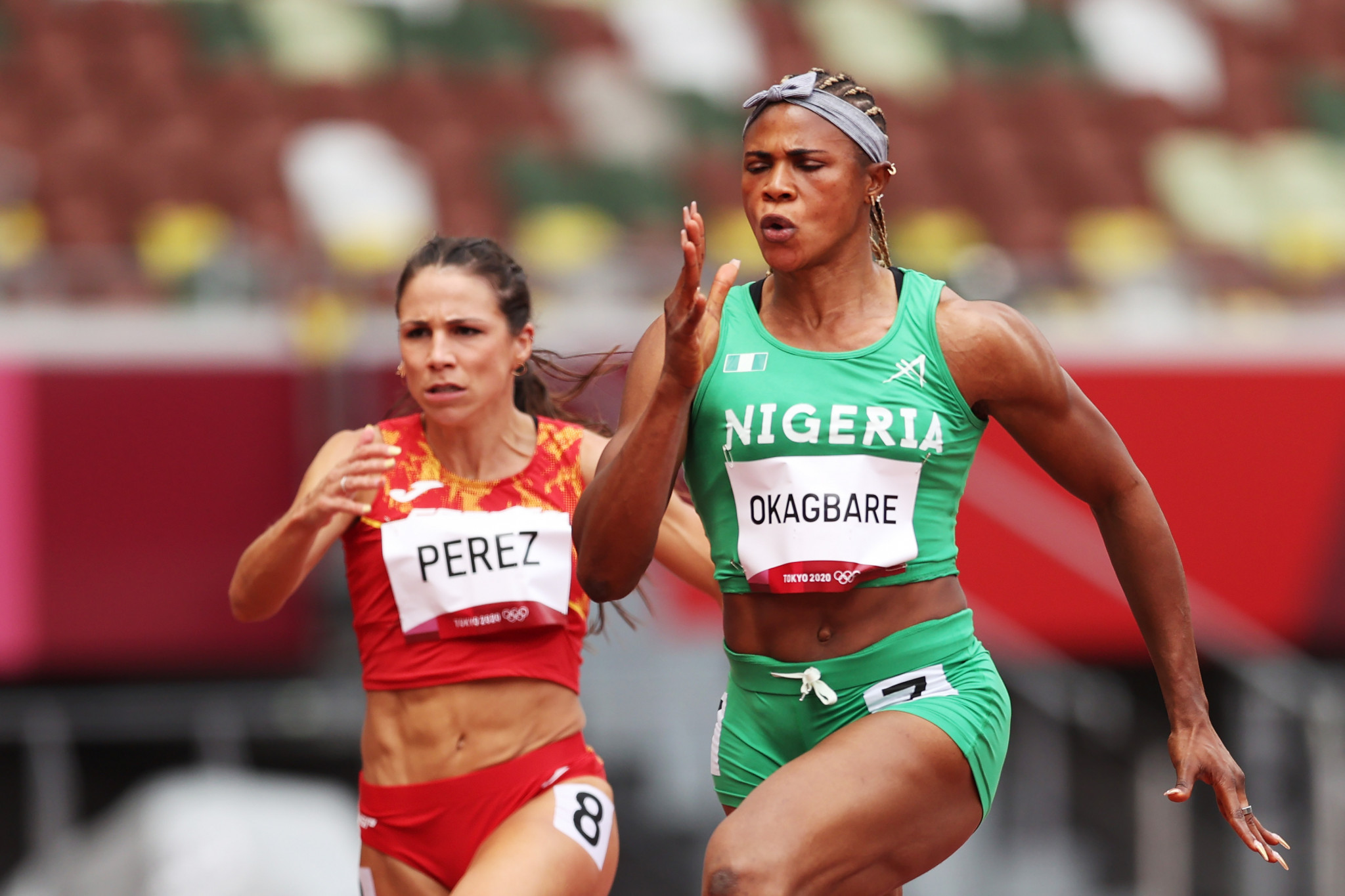 Nigerian sprinter Blessing Okagbare has been given a 10-year ban from athletics for multiple anti-doping rule breaches by the Athletics Integrity Unit (AIU).

An AIU's disciplinary tribunal banned the 33-year-old for five years for the use of multiple prohibited substances and a further five for refusing to cooperate with the organisation's investigation.

Normally a four-year sanction is applied in such a case, but the arbitrator concluded that Okagbare’s offending was part of an "organised doping regimen" in the build-up to the Tokyo 2020 Olympics, and therefore warranted a longer period of ineligibility, meaning five years was given for the doping offences.

The arbitrator concluded that the AIU’s right to carry out investigations had been hampered by Okagbare’s refusal to cooperate, and imposed a further five-year ban for this, saying it had denied the organisation the opportunity of uncovering possible further rule breaches by the Nigerian and others.

Last month, the US Attorney's Office for the Southern District of New York announced the filing of the first criminal charge under the Rodchenkov Anti-Doping Act against Texas-based therapist Eric Lira, in connection with Okagbare's alleged doping.

It was alleged that Lira obtained performance-enhancing drugs and distributed them to athletes in advance of, and for the purpose of cheating at, Tokyo 2020.

Okagbare was not directly named in the indictment, but it make clear reference to her case.

"We welcome the decision of the Disciplinary Tribunal - a ban of 10 years is a strong message against intentional and co-ordinated attempts to cheat at the very highest level of our sport," Brett Clothier, head of the AIU, said.

"This is an outcome that was driven by our intelligence-led target testing as well as our commitment to investigate the circumstances behind a positive test."

Okagbare has 30 days in which to appeal the decision to the Court of Arbitration for Sport.

Okagbare's first positive test became known during the 2020 Olympic Games, and she was provisionally suspended on the day of the 100 metres semi-finals.

In October, the AIU charged Okagbare with three further offences - positive tests for both human growth hormone and recombinant erythropoietin (EPO), plus refusing to cooperate with an investigation.

Okagbare won an Olympic silver medal in long jump at Beijing 2008, and is also a double World Championship medallist - winning silver in the long jump and bronze in the 200m at Moscow in 2013.

She also won three medals at the 2014 Commonwealth Games in Glasgow, including gold in the 100m and 200m.