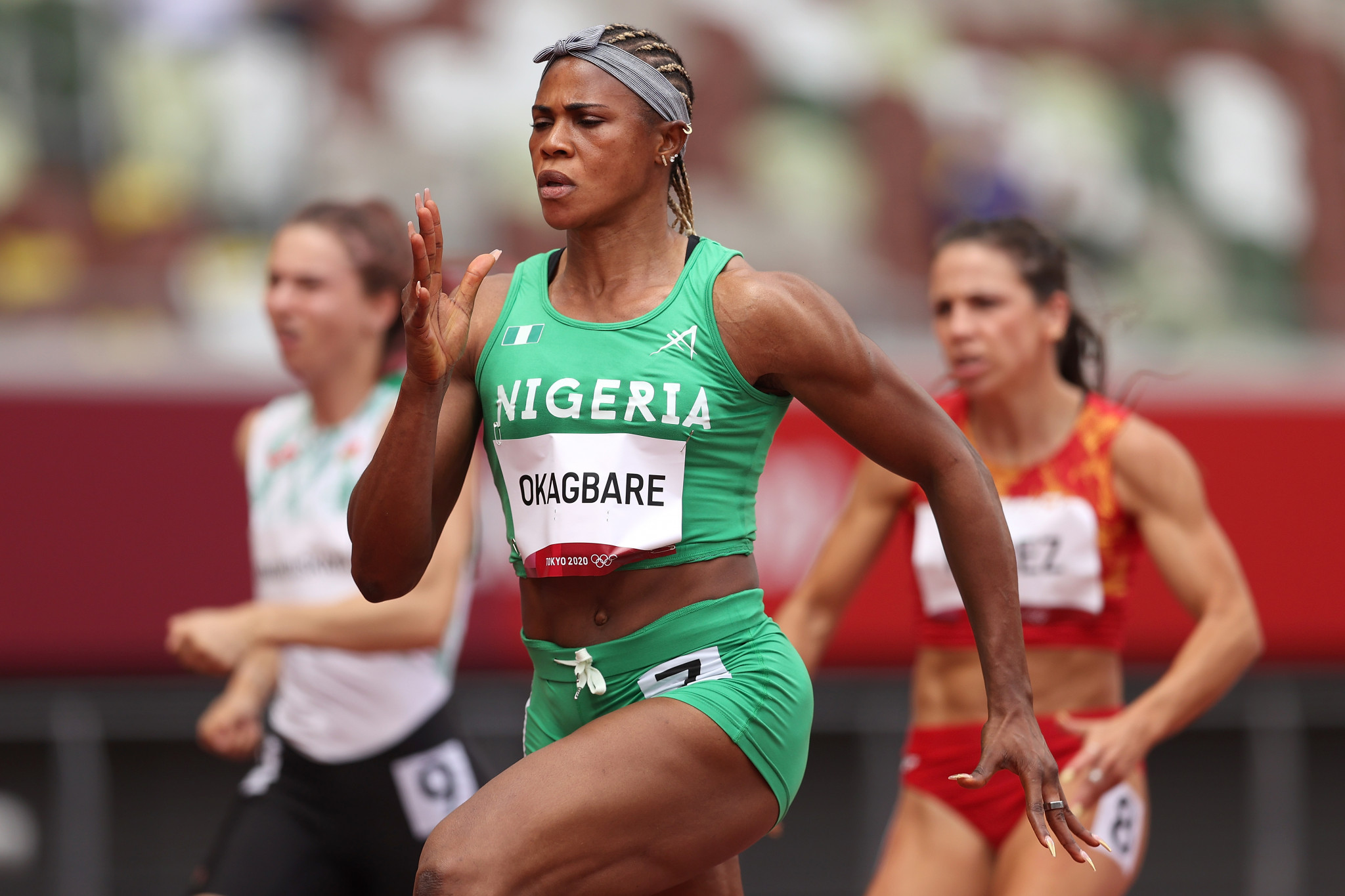 The Athletics Federation of Nigeria (AFN) has denied allegations of abandoning sprinter Blessing Okagbare after she was suspended by the Athletics Integrity Unit (AIU) during the Tokyo Olympics Games for testing positive for human growth hormone.

Okagbare's positive result came from an out-of-competition test on July 19.

She was informed of the result on the eve of the Tokyo 2020 100 metres semi-finals, which she subsequently missed.

Okagbare's sister, Grace, accused the AFN of abandoning Blessing in Japan and the AIU of forcing her sister to accept the doping charges issued.

The AFN categorically denied the allegations.

An AFN official told The Guardian: "It is not true that Nigeria abandoned Okagbare as alleged by her sister, Grace.

"We went contrary to the guidelines in Tokyo in our bid to show our solidarity and love to her.

"When the news of her suspension was broken, Team Nigeria quickly dispatched some top officials to her.

"They stayed with Blessing in her room consoling her.

"Some of them even stayed with her throughout the night.

"Even when Blessing was leaving for the airport, she did not go alone.

"So, why will her sister point accuse fingers at the AFN and Nigeria that Blessing was abandoned?"

The official added: "I can’t also understand why Grace is saying that Blessing is being forced to accept doping charges instituted against her by the Athletics Integrity Unit.

"Did anybody force her to take performance-enhancing drugs in the first place?

"Is Blessing still a baby?"

In October, the AIU issued three charges against Okagbare - two for positive tests for banned substances and one for not cooperating with an investigation.

An out-of-competition sample collected on June 20 also returned a positive result for recombinant erythropoietin (EPO) following an AIU request for EPO analysis to be carried out.

Okagbare's case was another unsavoury development for Nigerian anti-doping as, prior to Tokyo 2020, the AIU banned 10 Nigerian athletes from competing at the Olympics due to a lack of rigorous testing.

After her suspension was announced by the AIU, Okagbare hit out at sports governance in Nigeria, saying: "I have said it before and I will say it again.

"If you do not know the sport, not passionate about it/us [the athletes], then you have no business there as an administrator.

"The sport system in Nigeria is so flawed and we athletes are always at the receiving end of the damages."