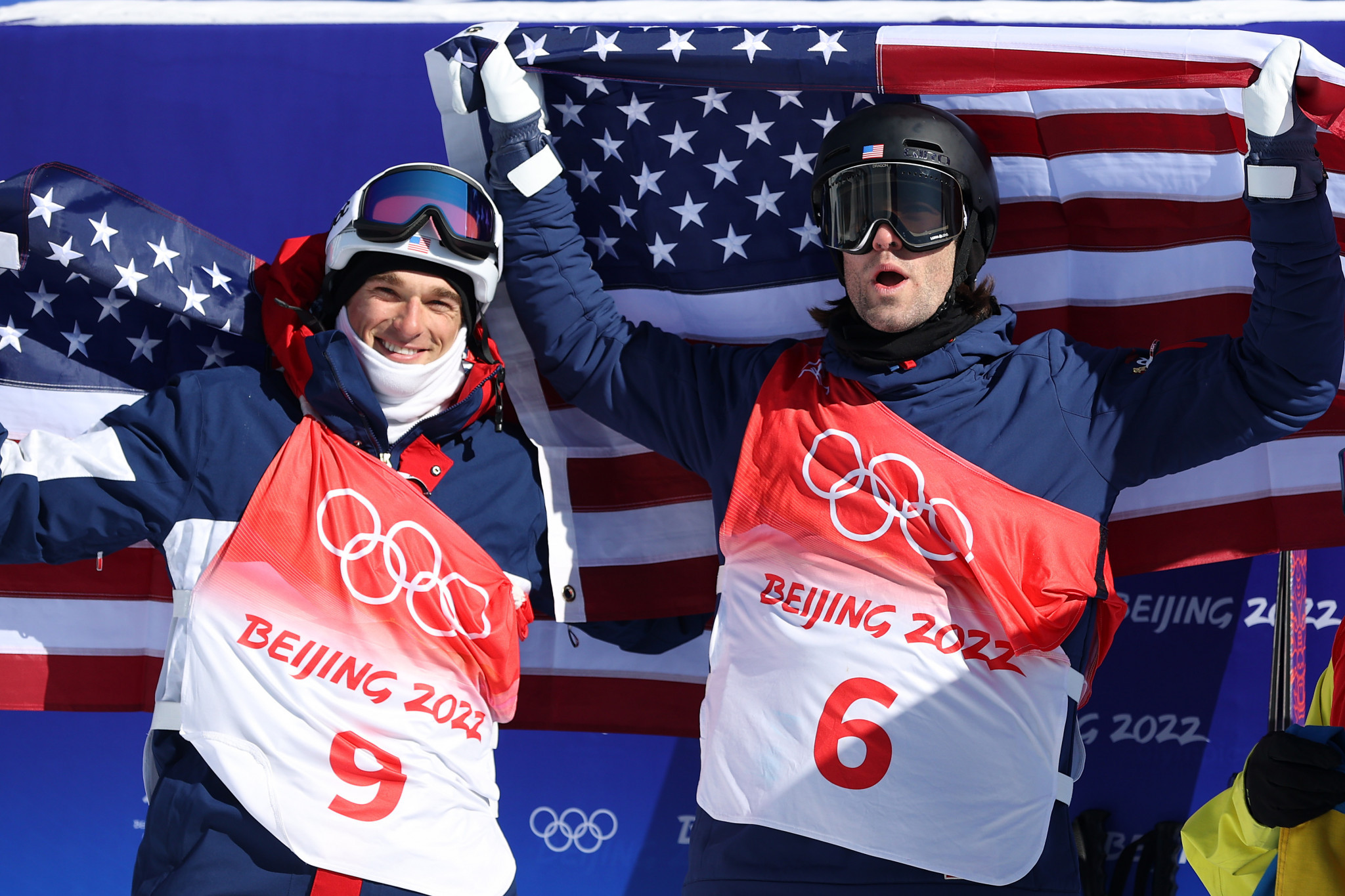 Alex Hall's opening run of the men's ski slopestyle final at the Beijing 2022 Winter Olympic Games was good enough to win the gold medal, topping the podium for the United States, in which he was joined by team-mate and silver medallist Nicholas Goepper.

The 23-year-old, born in Alaska and raised in Switzerland before relocating back to his home nation in the state of Utah, put together a routine that earned him 90.01 points and ultimately the title of Olympic champion.

A unique run sealed him the title, with the world bronze medallist even throwing in a perfect bump on one of the slopes, finishing off with a pretzel rotation on a double corkscrew.

He said it was his best-performance ever in the event.

"It definitely was the best slopestyle run I've ever done, mainly because it embodied everything I love about skiing and how I approach skiing and I didn't fade away from that to try and maybe get bigger scores or something," said Hall after the event.

"I just kept it true to myself, and I think the most important part about our sport is just doing it for the love and doing it how you want to do it and not changing that.

"Honestly I was really, really surprised I landed the first run.

"I had done some parts of the run, but definitely not the whole thing altogether.

"That last jump was definitely maybe my hardest trick."

Goepper claimed the silver with a second-run score of 86.48.

Bronze went to Sweden's Jesper Tjäder who also made the top-three on his opening run, scoring 85.35.

Andri Ragettli of Switzerland, who topped qualifying, put together two consistent runs, but lacked the extra points needed for the medals, finishing with a best of 83.50.