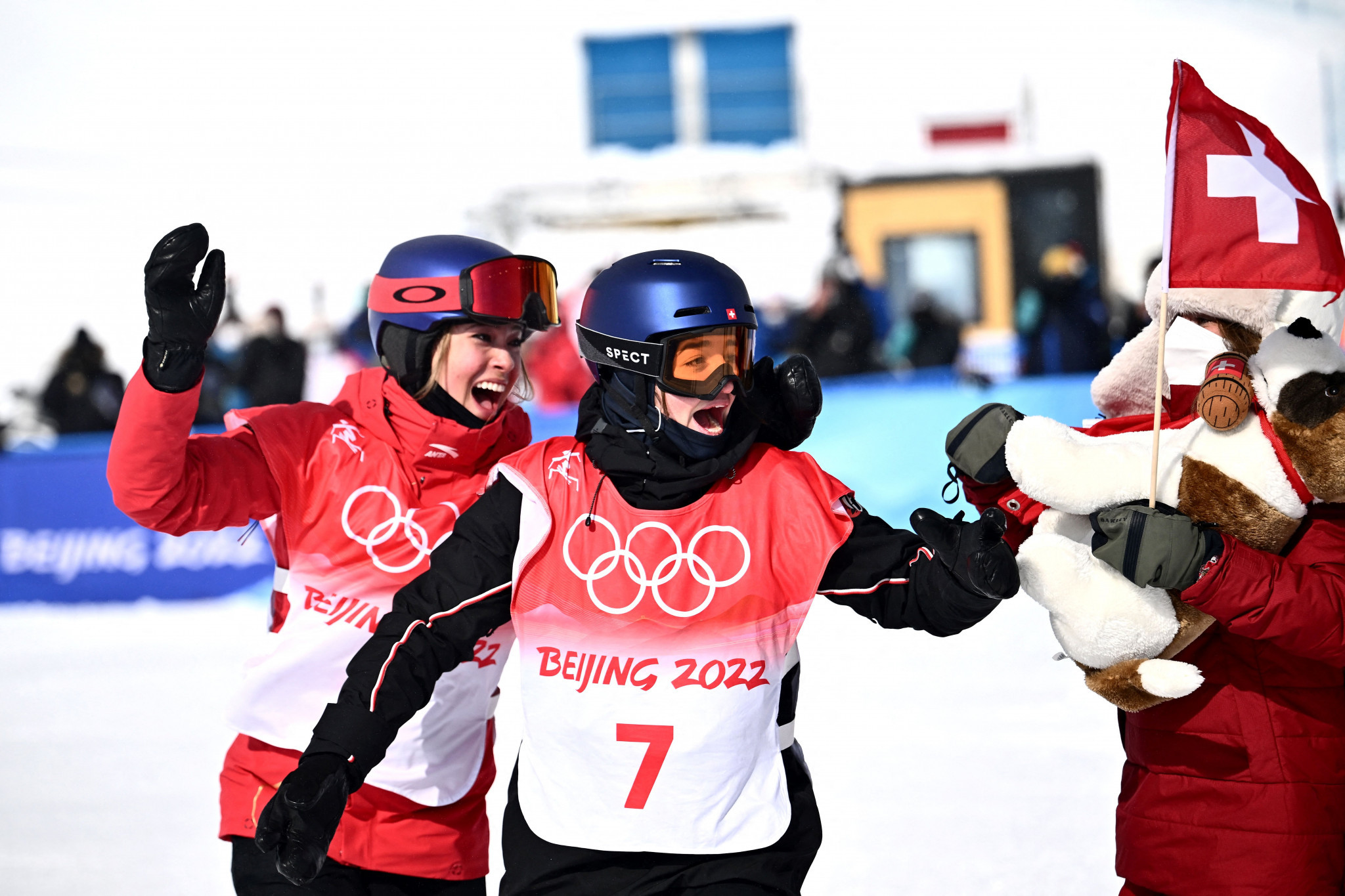 Mathilde Gremaud bounced back from a tricky qualification, which almost saw her eliminated, to win the women's ski slopestyle Olympic gold medal at Beijing 2022.

The Swiss skier was on the bubble during rescheduled qualification yesterday, delayed a day due to snowfall at Genting Snow Park in Zhangjiakou, finishing 12th of the 12 qualifiers, after a second-round routine saw her sneak through.

She scored 63.46 points after a poor first run, just in front of Canadian Megan Oldham, who was eliminated with a mark of 63.10.

Gremaud, a bronze medallist the in big air at these Games, upgraded from her silver medal at Pyeongchang 2018 where she was runner-up to compatriot Sarah Höfflin, who failed to make the final to defend her title.

A second run of 86.56 points propelled her from bottom of the order - following a discarded run - into first place in front of top qualifier, Estonia's Kelly Sildaru, who led after run one with 82.06 points.

She could not improve on her final run - neither could Sildaru, the last skier to do her routine, but who was a few points down on her opener.

Someone who did improve their final attempt was China's Eileen Gu, who struggled stringing together a consistent routine until she pulled out a mark of 86.23 points - narrowly missing the gold medal position.

"It was definitely a crazy day yesterday," said Gremaud.

"Today was a new day - I woke up with good energy, positivity and I was excited to ski.

"I now have a complete set of the three medals so I'm really stoked."

Russian Olympic Committee's Anastasia Tatalina was a distant fourth ahead of American Maggie Voisin and Johanne Killi of Norway.

Kirsty Muir and Katie Summerhayes could not fulfil British hopes for their first podium spot of the Games in the absence of the injured 2018 bronze medallist Izzy Atkin, finishing eighth and ninth respectively.

Marin Hamill of the United States did not start the final after injuring her right leg on her second qualification run on a trick, having already confirmed her spot in today's event.