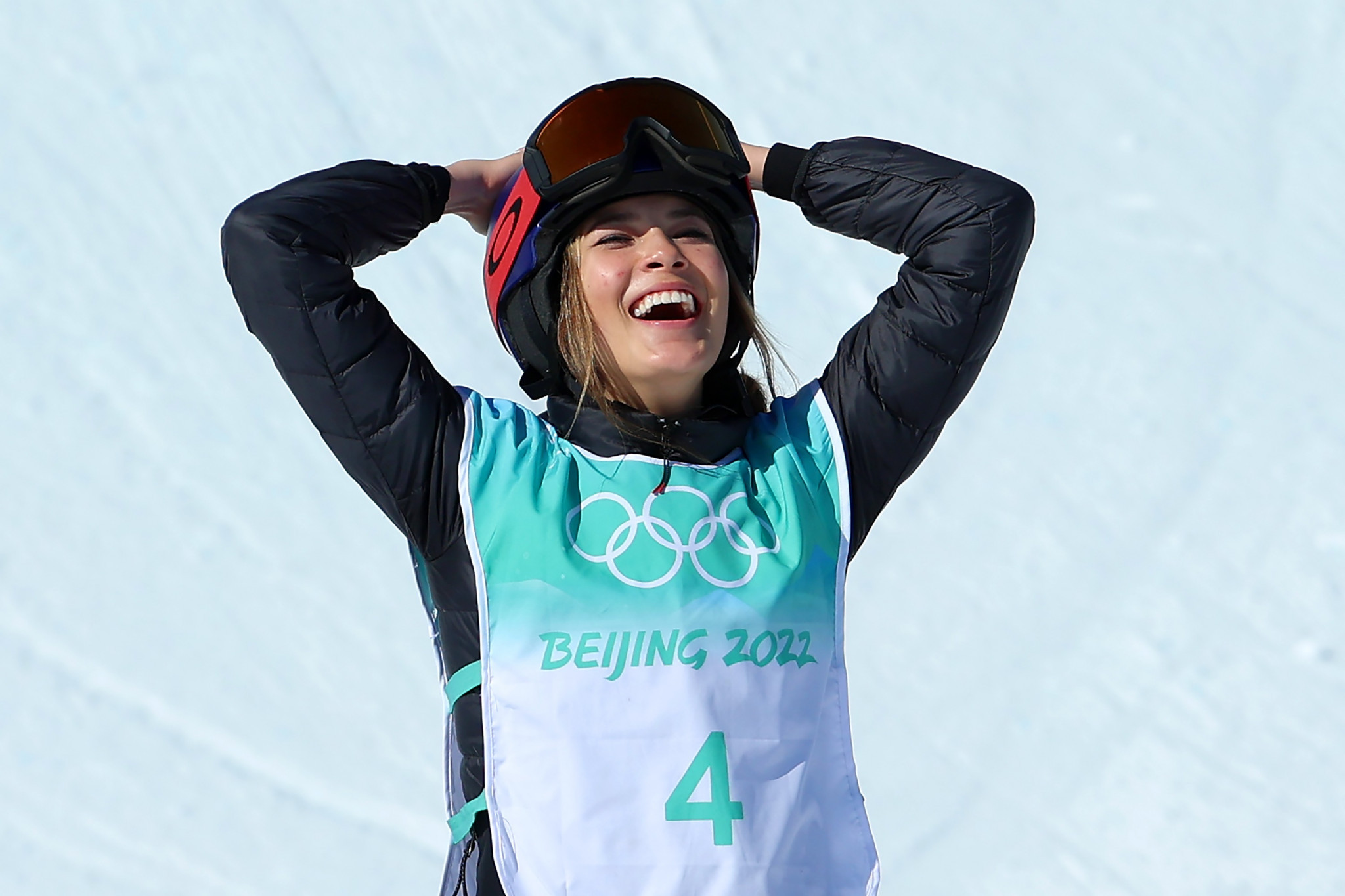 The 18-year-old, born in San Francisco to an American father and Chinese mother, came into the Games as one of the home country's biggest gold medal hopes and she delivered with a stunning final jump.

The IOC confirmed yesterday that Bach had held a in-person meeting with Peng on Sunday (February 6) and revealed the three-Olympian would attend "several events" at the Games "over the coming days".

Peng was spotted in a bobble hat, sporting the Olympic Rings, standing next to Bach as they watched Gu’s gold-medal winning performance.

According to Andrew Keh, a reporter for the New Year Times, Bach confirmed Peng would leave the closed loop - the system devised to separate Games participants from the local population - today.

"I spotted her and we had the opportunity to talk," said Bach.

"Now she has to go to quarantine, she told me, because she will leave now the closed loop.

Gu said he was delighted that Peng was in attendance to see her victory.

"I'm really happy to hear that she was here today," said Gu.

"It's a big honour when athletes of different sports, especially from widely-known sports like tennis, come and pay attention to the smaller new sports like freeski.

"I think it gives us an amazing platform to hopefully spread our small sport to the rest of the world and have everybody else have opportunities to experience the sport as well.

"I am really grateful that she is happy and healthy and out here doing her thing again."

While Peng watched from the sidelines, all eyes were on Gu, a world champion in halfpipe and slopestyle, aimed to deliver her first Olympic gold.

Gu sat in third position heading into the final run on 182.25 points, with Switzerland's Mathilde Gremaud occupying second spot on 187.50.

After posting 93.75 and 88.50 points, Gu knew she needed to produce her best to overtake Ledeux - and she did just that.

Gu, who has been competing for China since 2019 after initially representing the United States, looked in disbelief as she landed a score of 94.50 to increase her overall tally to 188.25 points, edging ahead of Ledeux.

The home fans were overjoyed as Gu was crowned champion, with a distraught Ledeux taking silver and Gremaud picking up bronze.

The IOC had held a series of phone conversations with Peng since November, when her whereabouts and safety became a cause for global concern after making sexual assault accusations against a high-ranking Chinese Communist Party (CCP) official.

Peng published a post on Chinese social media platform Weibo in which she alleged Zhang Gaoli, a former senior vice-premier and senior CCP official, sexually assaulted her 10 years ago.

This was deleted within 20 minutes, and Peng was not seen for more than two weeks afterwards.

Peng reportedly retracted the allegations in an interview with Chinese media but there have been concerns raised over the legitimacy of her comments and her ability to speak freely.

She has repeated to retraction in an interview with French newspaper L’Equipe, claiming she had decided to delete the post and claimed there had been a “misunderstanding” of her initial comments.

Peng also denied that she had disappeared.