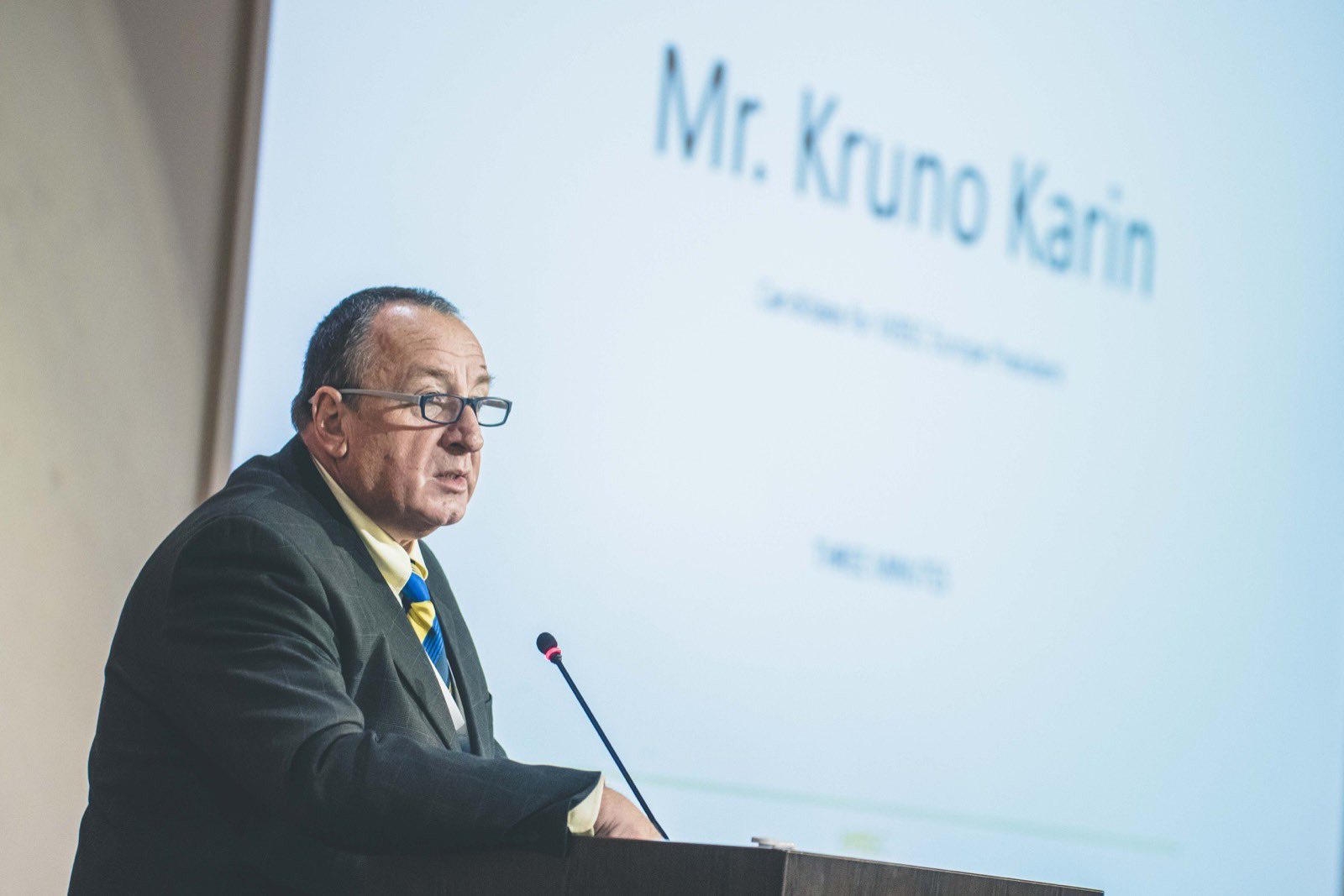 European baseball and softball officials descended on the Austria Trend Hotel in Slovenia's capital for a historic WBSC Europe Congress, where the body's first standalone President was elected.

"We can be united only if we work together, we are here because we love the greatest game in the world," Karin declared.

"This year we will have 31 European tournaments and more than 300 teams participating in 15 countries around Europe and this is who we are.

"We need to work on the other parts as well to be more visible to increase our financial standing and help more countries participate but we have to do it in small steps."

Karin had been WBSC Europe secretary general since 2017, and held the same role at the Confederation of European Baseball (CEB) since 2012.

The CEB and European Softball Federation (ESF) have now been dissolved, with WBSC Europe overseeing both softball and baseball on the continent.

Congratulation to President Karin and the newly elected executive board @WBSCEurope

Wishing you all success for a new era of baseball softball in Europe and an ever fruitful collaboration with @WBSC pic.twitter.com/B9oBlUPVfV

Two athlete representatives are yet to be elected.

"Today, with the election of the leadership of the WBSC Europe, we come to the conclusion of a long journey that started in Rome on November 19 2021 sanctioning the unification, on a continental level, of the bodies that regulated our wonderful disciplines: baseball and softball," WBSC President Riccardo Fraccari, an Italian, declared.

"This unification in a single continental "governing body" represents not only a new way of managing our tournaments, but above all, it will stimulate a new way of working together for the benefit of our sport.

"The WBSC will be at your side, as it is with all other continents, jointly developing concrete initiatives that give added value to European competitions making them more attractive for all practitioners."