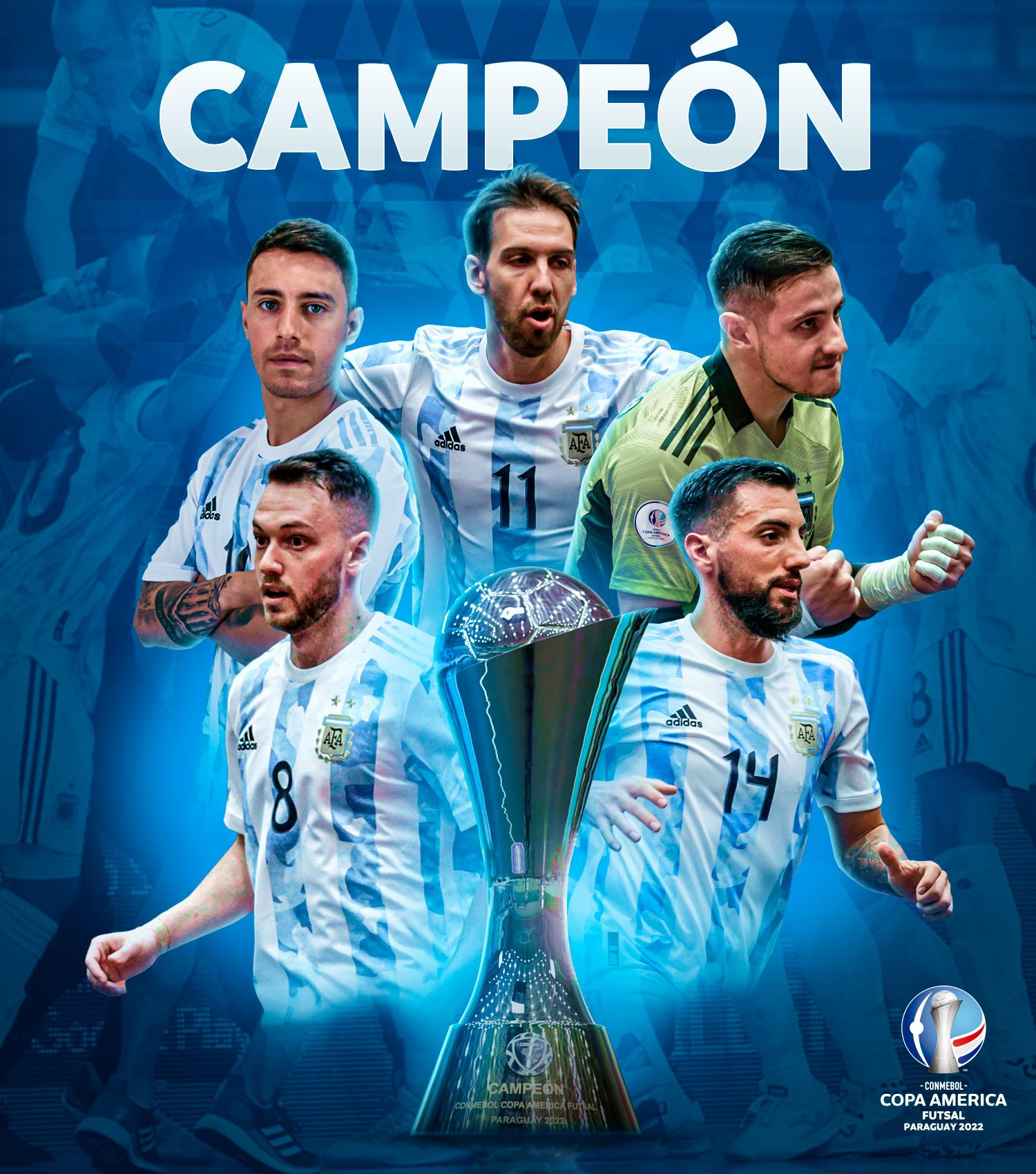 Alan Brandi's goal just before half-time was enough for Argentina to clinch their third Copa América de Futsal at the expense of hosts Paraguay.

This was Argentina's third continental title and a repeat of the 2015, when they cruised past Paraguay 4-1.

The finalists met in the group stage, drawing 3-3 to ensure that Paraguay topped Group B on goal difference.

The host nation made this a much closer contest, applying much of the second half pressure after falling behind at the SND Arena in Asunción, but they were unable to find an all-important equaliser.

Brandi grabbed the only goal of the final at his second attempt on 18 minutes.

Argentina defended superbly in the second-half and were able to survive a Paraguayan onslaught.

Ten-time winners Brazil were beaten on penalties by Argentina in yesterday's semi-finals, but made sure of third place with a comfortable win against Colombia.

Carlos Gularte, Bruno Ramos and Joa Alves were on the scoresheet in a 3-0 victory.

The day's other match went to a penalty shootout, in which Uruguay overcame Venezuela to finish the tournament in fifth place.

Alejandro Fortuna had put Uruguay into an early lead, but this was cancelled out late on by Alfredo Vidal in regulation time.