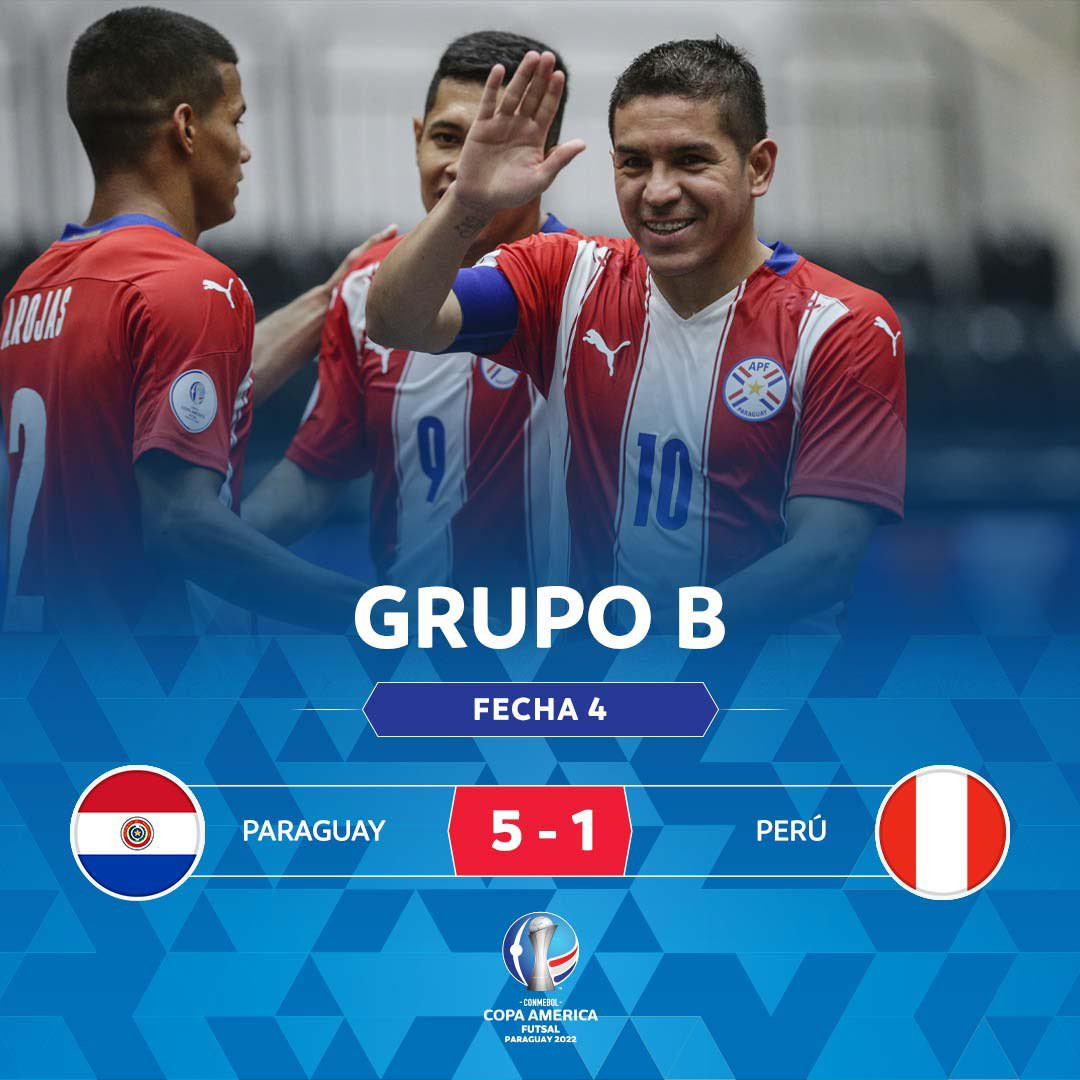 Argentina and hosts Paraguay are both through to the semi-finals of the Copa América de Futsal after their third straight victories.

Paraguay blew past Peru 5-1, despite going behind inside three minutes.

Argentina beat Venezuela 3-1 in today's other Group B match.

Paraguay and Argentina each have three wins from three and cannot finish outside of the top two.

In Group A, defending champions Brazil beat Colombia 3-0 and are also onto nine points from three games.

Brazil are not yet guaranteed a semi-final place, with their remaining match against Uruguay, who like Colombia have six points.

Uruguay beat Chile 2-0 in the other Group B match today.

The group stage is set to reach its conclusion tomorrow.