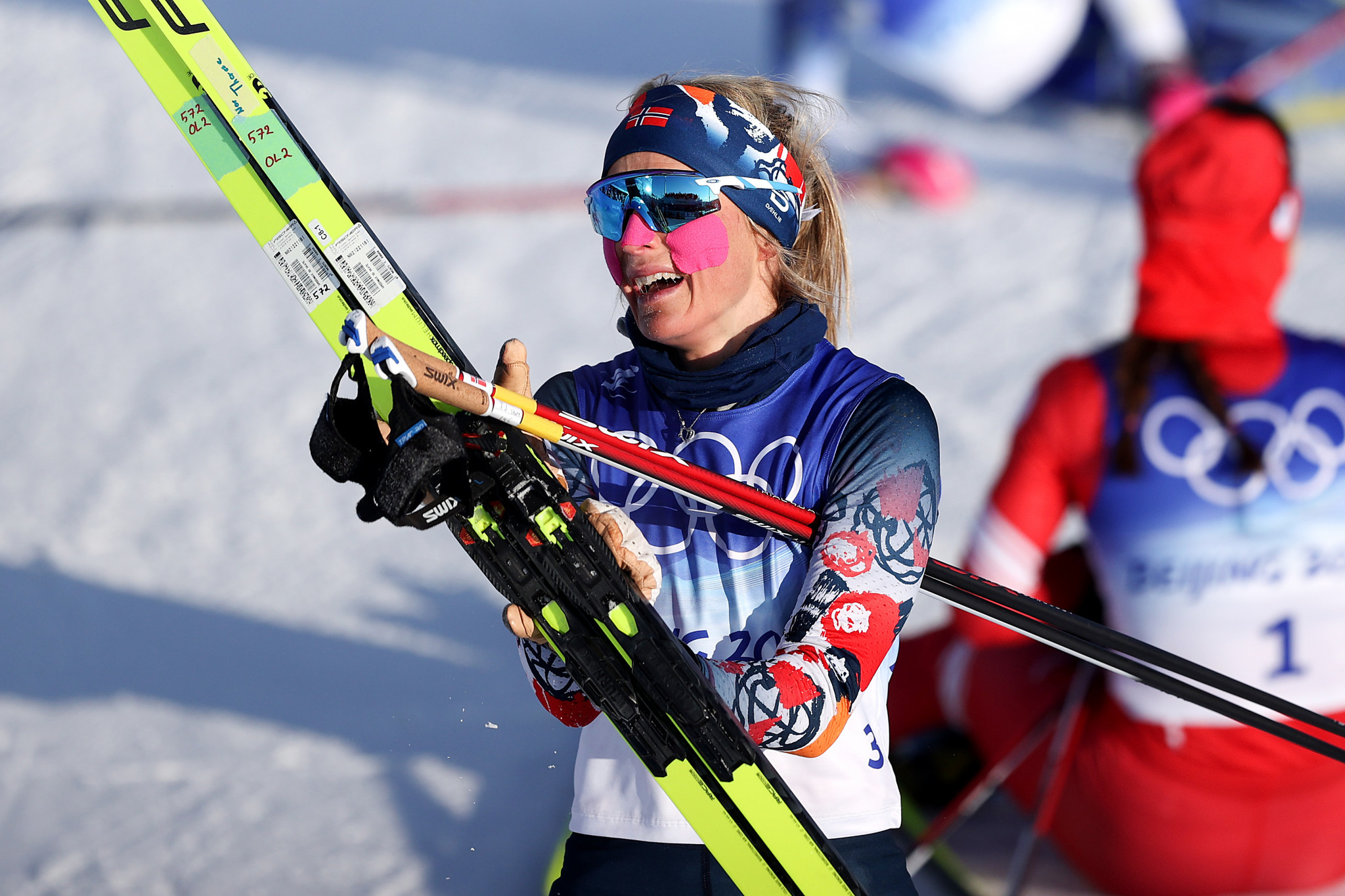 Therese Johaug put the disappointment of missing Pyeongchang 2018 behind her to win the first gold medal of the Beijing 2022 Winter Olympic Games, dominating in the women's skiathlon today at the Kuyangshu Nordic Centre and Biathlon Centre in Zhangjiakou.

The Norwegian, who has 79 World Cup race wins to her name, was banned for 18 months after testing positive for anabolic steroid clostebol while training in Italy in September 2016, and missed the 2018 Winter Olympics as a result.

Johaug claimed to have absorbed the banned substance via lip balm wrongly given to her by a team doctor.

Today's 15 kilometres skiathlon race represented Johaug's return to the Olympic fold, having won medals at Vancouver 2010 and Sochi 2014, and the Norwegian was an emphatic winner.

Johaug crossed the line in 44min 13.7sec, finishing 30.2sec in front of the Russian Olympic Committee's (ROC) Natalya Nepryaeva, who emerged with the best time from a chasing pack of four.

Johaug's gold medal is her second at the Olympics, following a relay success at Vancouver 2010, but her first as an individual.

No signs of jetlag on Teresa Stadlober's 3rd day only in China as she steps on the Olympic podium right away 🎉 What a fantastic way to claim your maiden Olympic medal 👏#fiscrosscountry #Beijing2022 📷 by NordicFocus pic.twitter.com/ffNgsaa7qJ

Whereas Nepryaeva won a bronze in the same event at the 2019 World Championships, Stadlober's best World Cup result to date in skiathlon was a World Cup third place from January 2020.

Stadlober finished a distant fourth at the 2021 World Championships in this discipline - her best result at a major event prior to today's success.

Dinigeer Yilamujiang, the Uyghur cross-country skier who was one of the two final Torchbearers at last night's Opening Ceremony, finished 43rd from a field of 62 finishers for China.

The next cross-country final is the men's skiathlon 30km tomorrow.