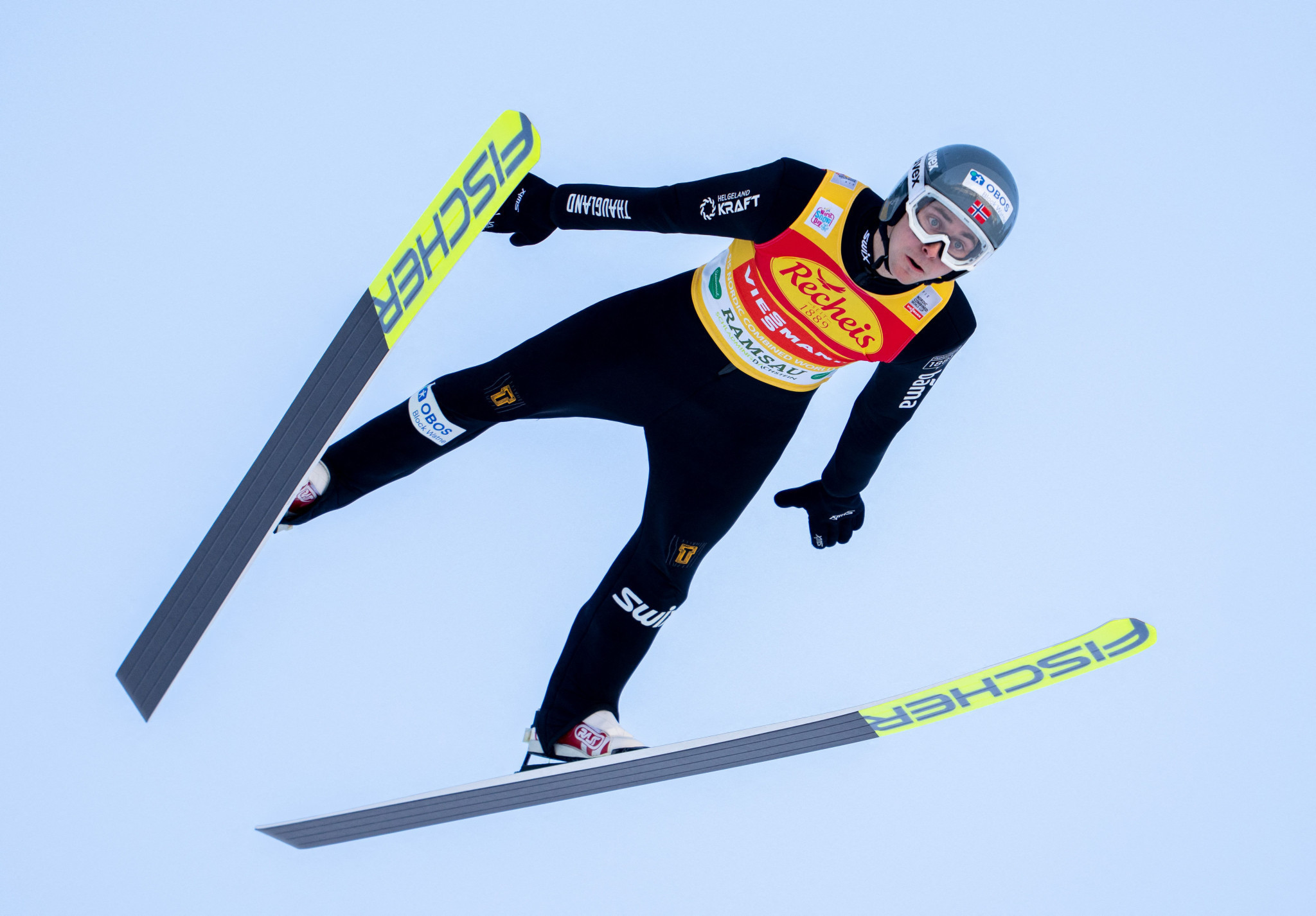 Riiber’s positive test was announced yesterday by the Norwegian Olympic Committee, on a day when the cumulative total of COVID-19 cases during the Games-time period passed 300.

Norway’s Nordic combined team manager Ivar Stuan told reporters that it was his worst day as a coach.

"It is a rather absurd situation to know that Jarl is not in place in the first competition in the Olympics, at least," a tearful Stuan said, according to Norde.

"We have had an infection regime for two years, and have really only tightened it harder and harder.

"It is a fantastic athlete and boy who does everything right.

"Then he is unlucky, as he has been for much of his career."

He posted "The gold is yours, guys" on Instagram, adding a wink face.

Riiber has won eight World Cup events this season and the four-time world champion would have been a likely medallist in the individual event.

Riiber, though, has not won an Olympic gold medal during his career having had to settle for a silver in the men's team large hill/4 × 5 kilometres at Pyeongchang 2018.

The 24-year-old from Oslo will hope to return for the large hill and team competitions later in the Games.

Estonia’s Kristjan Ilves, who has trained with the Norwegian team, had tested positive for the virus prior to Riiber’s case emerging.

Snowboarder Mons Røisland is reportedly also considered a close contact of Riiber, having sat close to him on a flight to Beijing.

Norway have been hard hit by cases at the Games, with cross-country skiers Johannes Thingnes Boe and Ingrid Landmark Tandrevold yesterday confirmed as close contacts.

Weng reportedly is considering opting out of Beijing 2022, amid fears she could by quarantined due to the higher cycle threshold in Beijing, despite now testing negative in Europe.

Double Olympic gold-medallist Simen Hegstad Krüger of Norway will be unable to defend his Olympic 30 kilometres skiathlon title after contracting the virus.

Norway had finished top of the medals table at Pyeongchang 2018 with a total of 39, including 14 gold.

Data and technology company Gracenote have projected they will retain their position as the Winter Olympics leading nation with 44 medals, including 21 gold, although it is unlikely they would have taken into account how badly hit the team has been by COVID-19.

The nation has already been forced to compete in the team figure skating event with a pairs representative, following Nolan Seegert’s positive test.

Ukraine were forced to name a depleted team due to their men’s figure skater Ivan Shmuratko testing positive.

Women’s ski jumping World Cup leader Marita Kramer of Austria is among the highest profile athletes so far to have been forced out of the Games due to COVID-19.

IOC President Thomas Bach yesterday claimed the organisation had "a lot of sympathy" for athletes who had been impacted by COVID-19, who have either been forced to miss competitions or face nervous waits to see whether they can compete at the Games.

The latest Beijing 2022 update revealed 14 confirmed positive cases had been recorded at the airport yeserday, including seven athletes and team officials, and the same number from other stakeholders.

Seven confirmed positive cases were recorded in the closed loop involving two athletes and team officials, along with five other Games stakeholders.

The overall total in the Games-time period has now reached 308 positives.