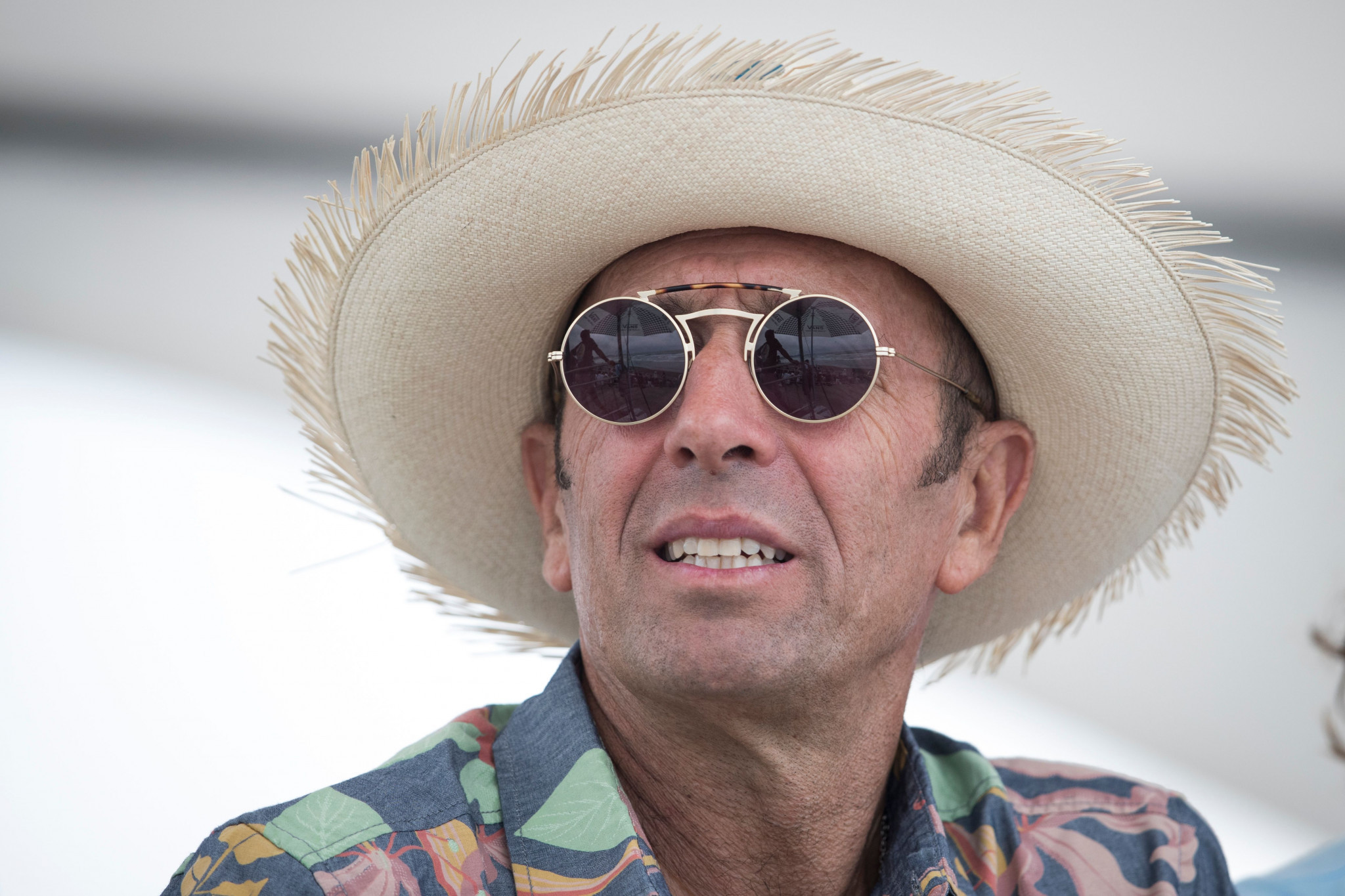 One of the biggest talking points in the build-up to the Tokyo 2020 Olympics has been in the introduction of five new sports - something that has not been witnessed for a century.

One of the beneficiaries of the decision approved at the 129th International Olympic Committee (IOC) Session in Rio de Janeiro back in 2016 is surfing.

Today (July 25), he saw this dream finally become a reality at the Tsurigasaki Surfing Beach.

Speaking to insidethegames, Aguerre afforded himself a moment of reflection in which he could not hide his elation.

"Of course for me, I’ve been working for 27 years to get to these places.

"At so many times it seemed like it might not happen, there were so many hurdles, so many unknown things that needed to happen.

"But it’s also a memorable day for surfers around the world and certainly for the 40 initial Olympic surfers.

"I had a meeting with the athletes and told them even though six of them are going to go home with medals and 34 not, you guys are winners here.

"It’s only 20 men and 20 women, but 18 countries are represented, so it’s really a very special representation of the whole surfing world."

Aguerre believes surfing’s enhanced position on the global stage will be mutually beneficial to the sport and wider Olympic movement.

"I think it’s a two-way road," the Argentinian added.

"I think it’s a great opportunity for surfing to grow the sport and take it to parts of the world like Africa, Asia and America where there is a lot of opportunity.

"The ocean is the playground and the field of play, and it’s free and it belongs to everybody.

"We’ll bring a new demographic because so many young people around the world are in love with the ocean, and there are surfers of all ages, so I think it’s a win-win for both the Olympic movement and for the ISA and surfers at large."

Addressing the challenges posed by COVID-19, Aguerre said: "I like to look at things through my positive lens.

"I think nobody ever thought we’d go through anything like this and, after a year and a half, it’s almost like it’s the new normal.

"It’s a real pity that there is no public at the stadiums or the venues, but it’s a price to pay to keep the Olympic flame alive, and I hope that we will bring hope at these difficult times.

"Sport is an important part of human happiness, but I also know that it can inspire people to go home and practice sports, and in that sense, sport is a great and really important way to keep healthy."

The ISA President believes that Tokyo 2020 is just the start, forecasting that surfing will go on to be an important Summer Olympic sport for years to come.

"The proof will be in the pudding, but we will be included at the Paris Games, so that will be two Games in a row.

"And a good surfer will always look all the way to the horizon and see what’s coming up.

"What’s coming is 2028 at Los Angeles, the modern centre of the surfing world, and surfing is part of the Californian culture.

"And then further down the line, it’s Brisbane, it’s the Gold Coast and Australia in 2032.

"I was in the stadium with the prime minister of Queensland, who said surfing should be there and it’s an important part of their lives, so suddenly what looked like a one-Games decision from the IOC has been extended to the next Games."

Aguerre believes that surfing is emblematic of the need to change.

"I always look at what we do through the filter of President Bach’s famous phrase - change or be changed, and we’re changing, so we’re very happy," he said.

"It’s a great time for the Games to include new sports and bring into the Games demographics that maybe didn’t feel represented with the sports before we arrived."

Surfing at Tokyo 2020 began today with the heats in the men’s and women’s first two rounds.

Sixteen men and 16 women remain in both competitions, with the third round heats scheduled to take place on Monday (July 26), followed by the quarter-finals and semi-finals on Tuesday (July 27) and the medal matches on Wednesday (July 28).