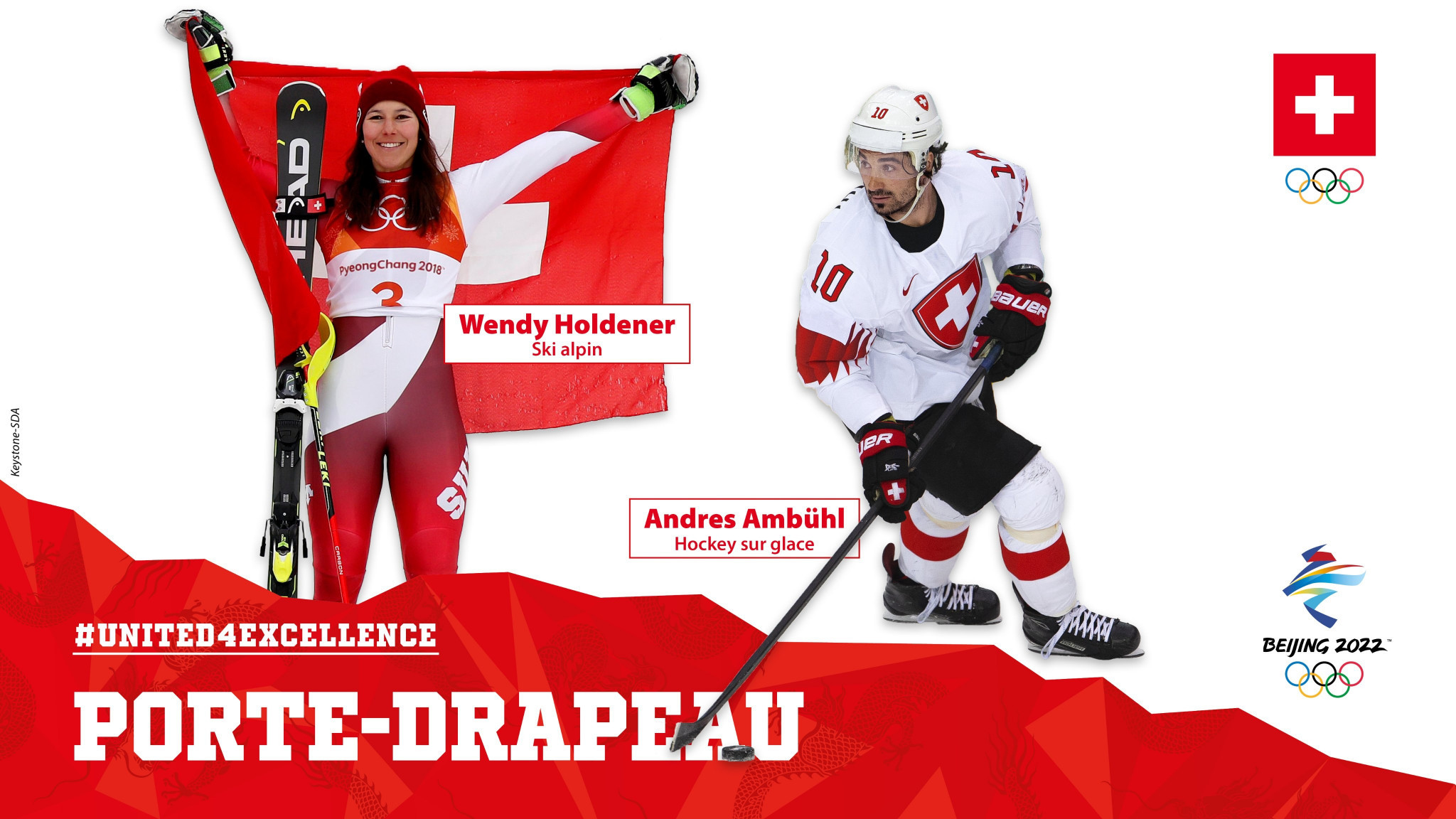 The duo have been chosen by Swiss Olympic to lead Switzerland’s team into the Olympic Stadium as the Games looks set to open tomorrow.

The 28-year-old is also a three-time world champion, while Ambühl is set to represent Switzerland for the fifth time.

"Wendy Holdener is an absolutely worthy flag bearer as the winner of a complete set of medals at the 2018 Games in Pyeongchang," said Swiss Chef de Mission Ralph Stöckli.

"I am also impressed by the interest with which she deals with the culture of the respective host country in the run-up to the Games.

"Ambühl has achieved an incredible amount in his long career and has remained a team player through and through.

"He exemplifies the Olympic spirit to his younger teammates."

Holdener is set to become the first Alpine skier to carry Switzerland’s flag at an Opening Ceremony since Vreni Schneider at Albertville 1992.

"Carrying the Swiss flag at the Opening Ceremony is a unique experience and a great honour that only a few athletes are allowed to experience," said Holdener.

"I am also particularly looking forward to this moment because it will be very special not only for me, but above all for my father, as well as for my family and friends and all those who support me in any way."

Ambühl will end a 70-year wait for a Swiss ice hockey player to take on the flagbearer duties after Uli Poltera at Oslo 1952.

"I feel enormously honoured to be given this opportunity," said Ambühl.

"There are many great athletes in our delegation and I never expected to be selected as the flag bearer.

"Switzerland means an incredible amount to me and it always fills me with pride when I can represent my country.

"The fact that I can now stand with the flag at the beginning of this delegation of great Swiss athletes at the Olympic Games, the most important sporting event ever, will be a very special experience for me."

Switzerland has won a total of 153 medals at the Winter Olympics, including 55 gold.

It makes them the eighth-most successful country in the history of the Winter Olympics.