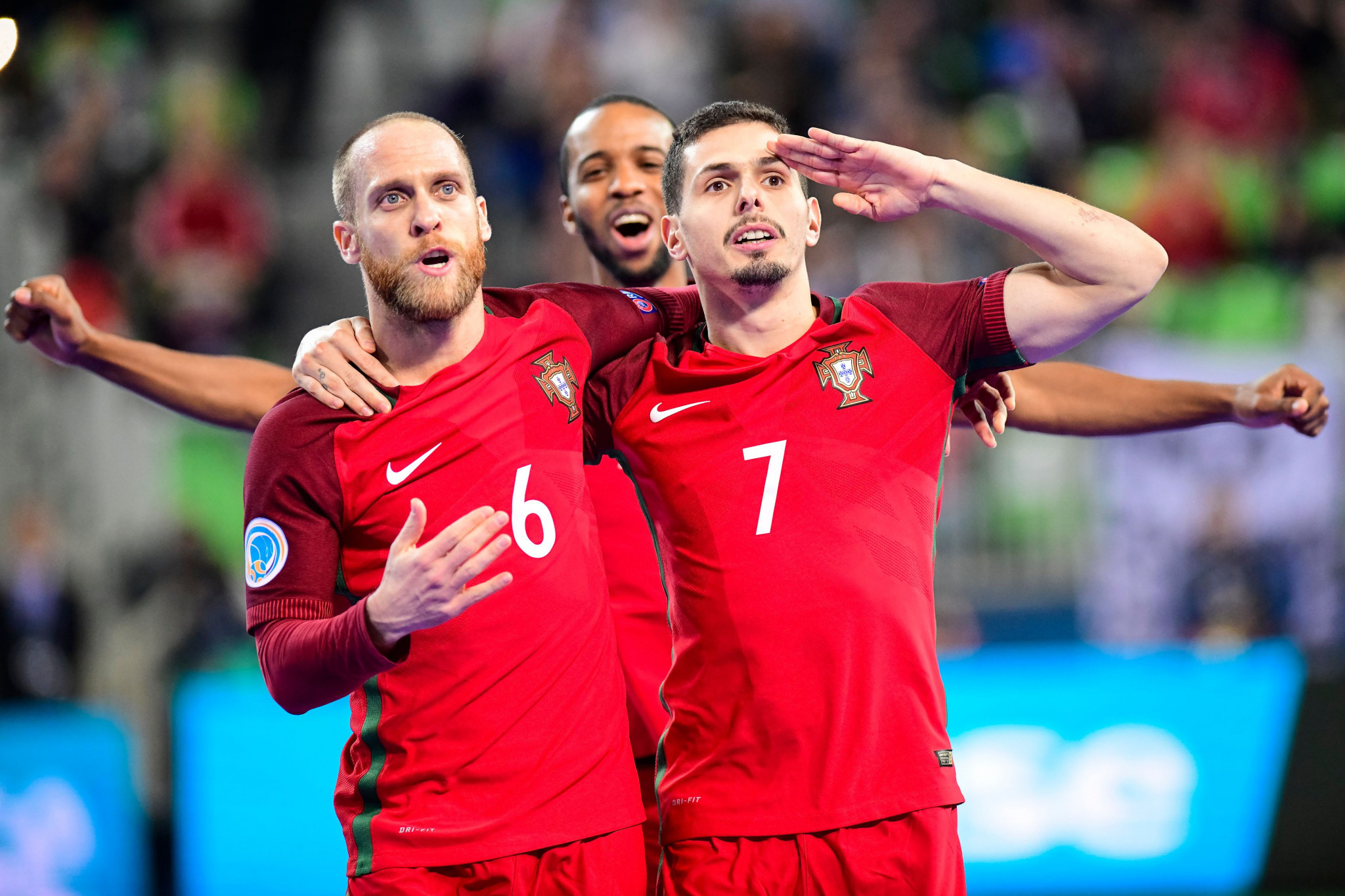 Winger Pany Varela was the star of the FIFA Futsal World Cup Final in the Lithuanian city of Kaunas, scoring both of Portugal's goals in a 2-1 victory over defending champions Argentina.

At the Kaunas Arena, Portugal took the lead through the 32-year-old 15 minutes into the match, scoring just after Argentine Cristian Borruto was sent off.

With the score 1-0 at half-time, the defending champions had a mountain to climb against the side who previously had a best finish of third in 2000.

Pany scored the second in the 28th minute, seemingly putting the European nation within reaching distance of the title, but Angel Claudino got Argentina back into the match immediately to make it 2-1.

Despite that, Portugal held on to the victory for their first title at the Futsal World Cup.

There's a new name on the #FutsalWC!

Congratulations to Portugal, who top the podium for the first time after the exceptional Pany struck twice to earn a 2-1 final win over holders Argentina. pic.twitter.com/sAwf8i646p

Brazil defeated Kazakhstan 4-2 with a flurry of goals at the end of the match to finish third at the tournament.

Taynan did score in the correct end to put Kazakhstan in front in the 31st minute, but Rodrigo made it 2-2 60 seconds later.

Ferrão finished as the top scorer at the tournament with eight goals, contributing his last one to put Brazil in front in the 34th minute, and Lé made it 4-2 a minute later, meaning Brazil turned the score around in the space of four minutes.