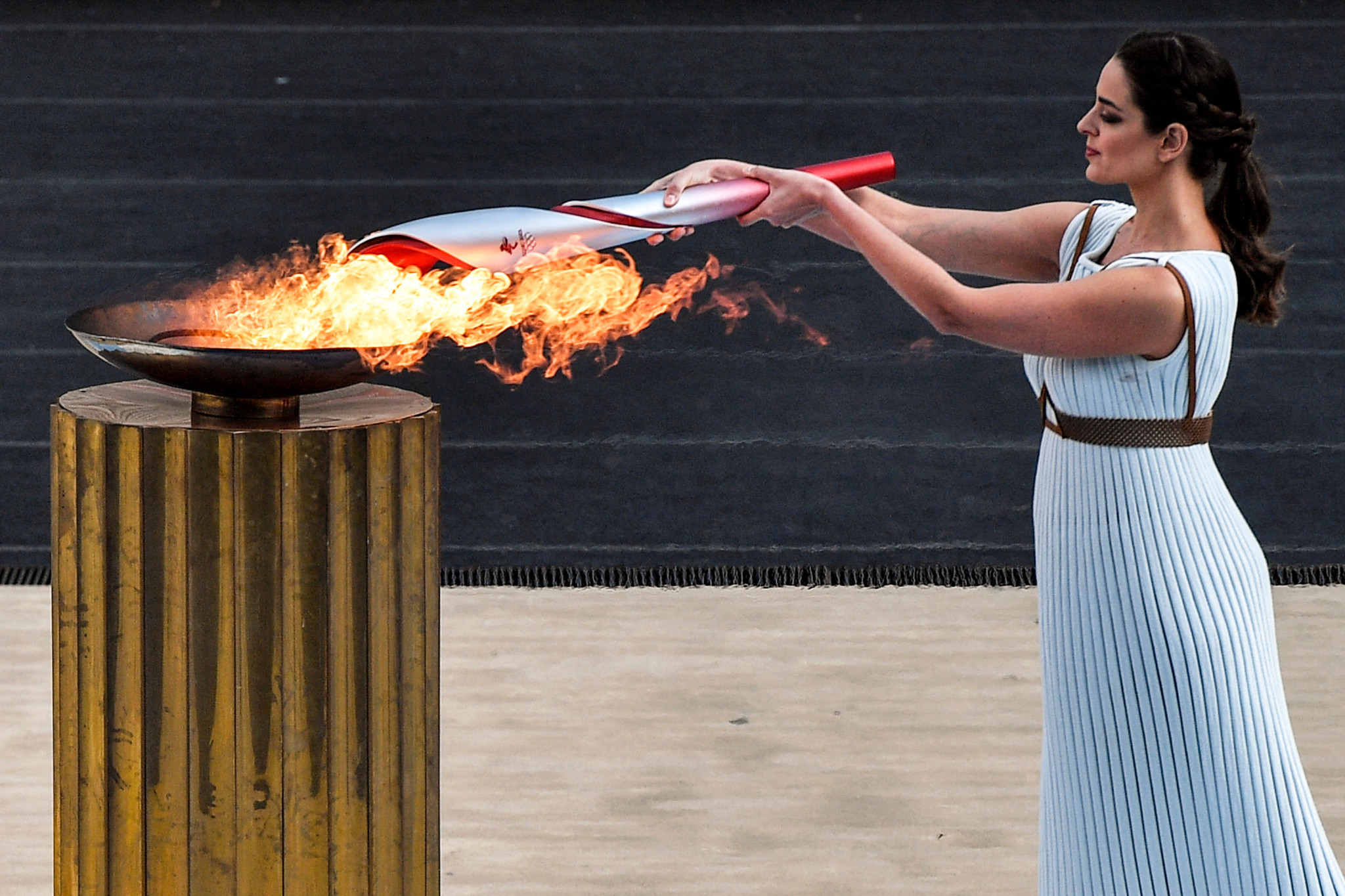 Frontline pandemic workers are set to carry the Beijing 2022 Flame as it begins the domestic phase of its journey.

This takes place over three days and culminates with the lighting of the Cauldron at the Birds Nest at the culmination of the Opening Ceremony.

Some 1200 participants will take part in the Relay but not all the bearers are human. The Flame will also be exchanged by two robots.

It is also set to pass through the Olympic villages in the three competition zones.

Over half the runners will be drawn from frontline workers but participants will range in ages from 14 to 86.

This takes place over three days and culminates with the lighting of the Cauldron at the "Birds Nest" Stadium at the culmination of the Opening Ceremony.

The Flame arrived in China in October, but the decision was made to shorten the Relay because of concerns about the spread of COVID-19 during a popular public event.

The Relay begins at the Olympic Forest Park with a launch ceremony at the South Gate.

The first day takes the theme "Showcasing Beijing as a Dual Olympic City" as the Flame makes its way to the Beijing Winter Olympic Park.

Near the Yongding River, amphibious and underwater robots will be used in the Relay, marking the first time in history that the Torch will be passed from robot to robot.

This will rekindle memories of 2018 when "Hubo" the robot cut through a wall before carrying the Torch in Daejon, en route to Pyeongchang.

On the second day, the theme is "Rendezvous on Ice and Snow."

The Great Wall of China will provide a stunning backdrop to the Relay at Badaling, some 80 kilometres north west of Beijing in the Yanqing District.

This was where sequences for the Torch Relay promotional film were shot last year.

The Relay will also call at the World Grape Expo Park, a site which exhibits the largest variety of grapes on the same latitude as the wine producing regions of Bordeaux and California.

In the afternoon it travels to Zhangjiakou where it will be carried at Yangyuan Nihewan Ruins, a geological park.

On Friday it returns to Beijing with stopping points set to be the Summer Palace, the Grand Canal Forest and the Olympic Forest Park.

This has been given the name "Where the past and present meet, the gateway to dreams."

The Relay route will include one independent region inside the closed-loop Olympic Village and 11 regions outside the Olympic Village, which will take place behind closed doors following strict COVID-19 countermeasures.

There is already widespread speculation on who will light the Cauldron in the stadium, but Chinese media have reported that United Nations President Abdulla Shahid will receive the Torch from International Olympic Committee (IOC) President Thomas Bach in a symbolic exchange earlier in the day.

Bach did not carry the Flame in Tokyo because of pandemic restrictions.

When the Flame last came to Beijing the Relay lasted some 138 days and took in 137,000 kilometres which made it the longest in history since the ritual was introduced in 1936.

This Relay is the shortest in recent history, though the first Winter Games Torch Relay in 1952 took only two days from its launch in the Norwegian village of Morgedal to lighting the Cauldron at the Opening Ceremony in Oslo.