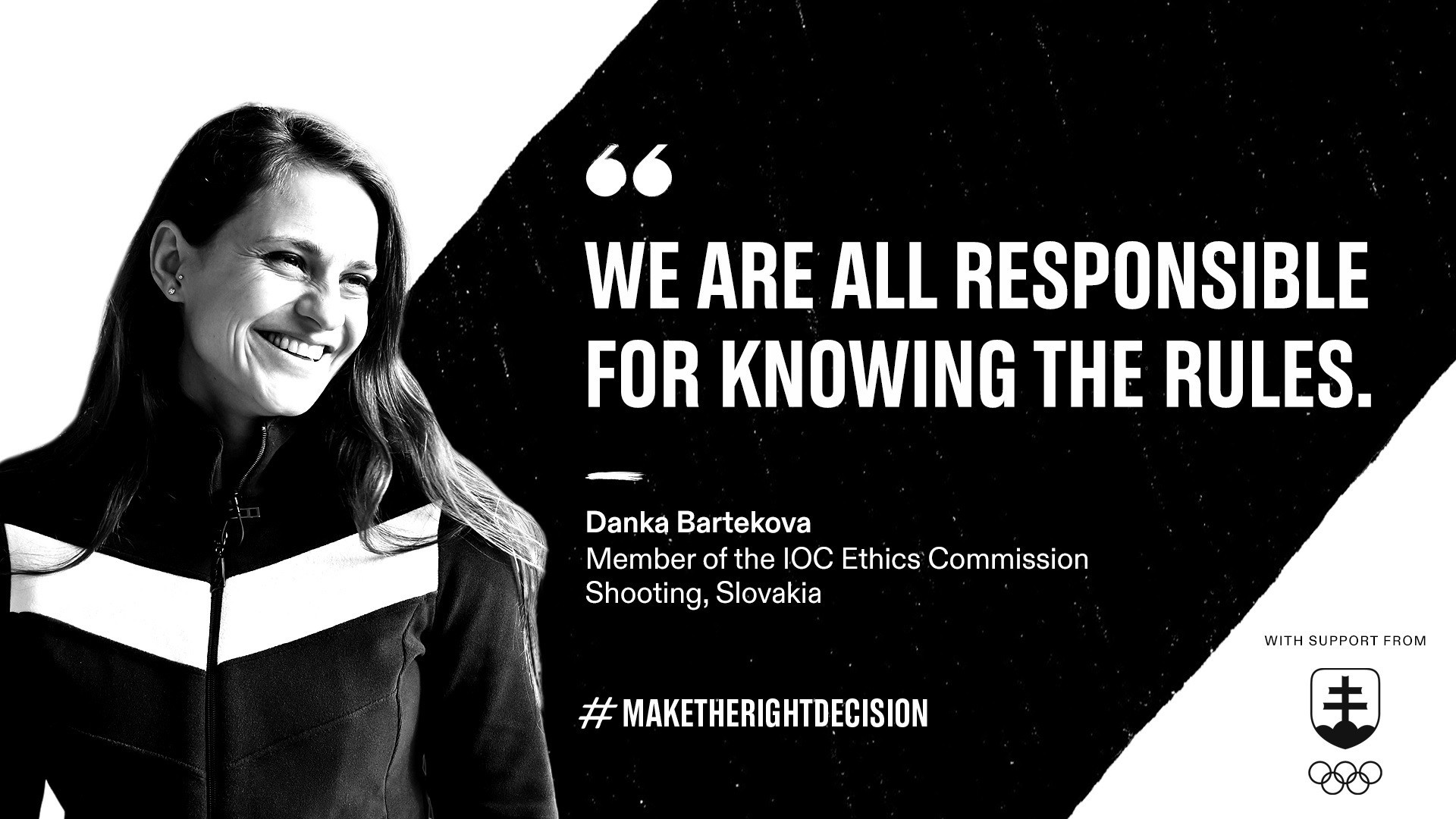 Eight athlete ambassadors have been appointed by the International Olympic Committee (IOC) to help raise awareness of the threat of competition manipulation in the build-up to the upcoming Winter Olympic Games here.

Chinese Olympic short track speed skating gold medallist Yang Yang, chair of the Beijing 2022 Athletes’ Commission, is among the group that will address the issue with athletes, support staff and officials preparing for the Games.

The IOC said the eight athletes will support its "Make the Right Decision" campaign which was launched prior to last year’s Olympics in Tokyo to highlight the problem of competition manipulation.

"Competition manipulation harms the essence of sport, fair play and the trustworthiness of the result," said Terho,

"Prevention is key, and in this sense, it is essential that athletes are informed about the risks of competition manipulation and the possible consequences on their career."

Always make the right decision by respecting the rules and reporting suspicious behaviour you see. ?

Bartekova said match-fixing and illegal betting "completely ruin the passion of sport" and stressed the importance of education on the subject.

"No athlete begins their career with competition manipulation in mind, but either through adversity or through not understanding the rules, athletes can find themselves in a situation that could ruin everything they have worked hard for," added Bartekova.

Athlete365, the IOC’s digital platform for Olympians and elite athletes, features a dedicated section on the prevention of competition manipulation.

It features a wealth of educational material and advice from the athlete ambassadors who were selected in close collaboration with the International Federations and National Olympic Committees.

Users will be able to learn how to recognise suspicious behaviour and what to do when confronted with concrete situations, while there will also be guidance on how to submit a report confidentially via the IOC’s integrity hotline.

"This is in an effort to ensure the athletes are prepared and know exactly what steps to take to prevent competition manipulation, and to report any related incidents that might take place."