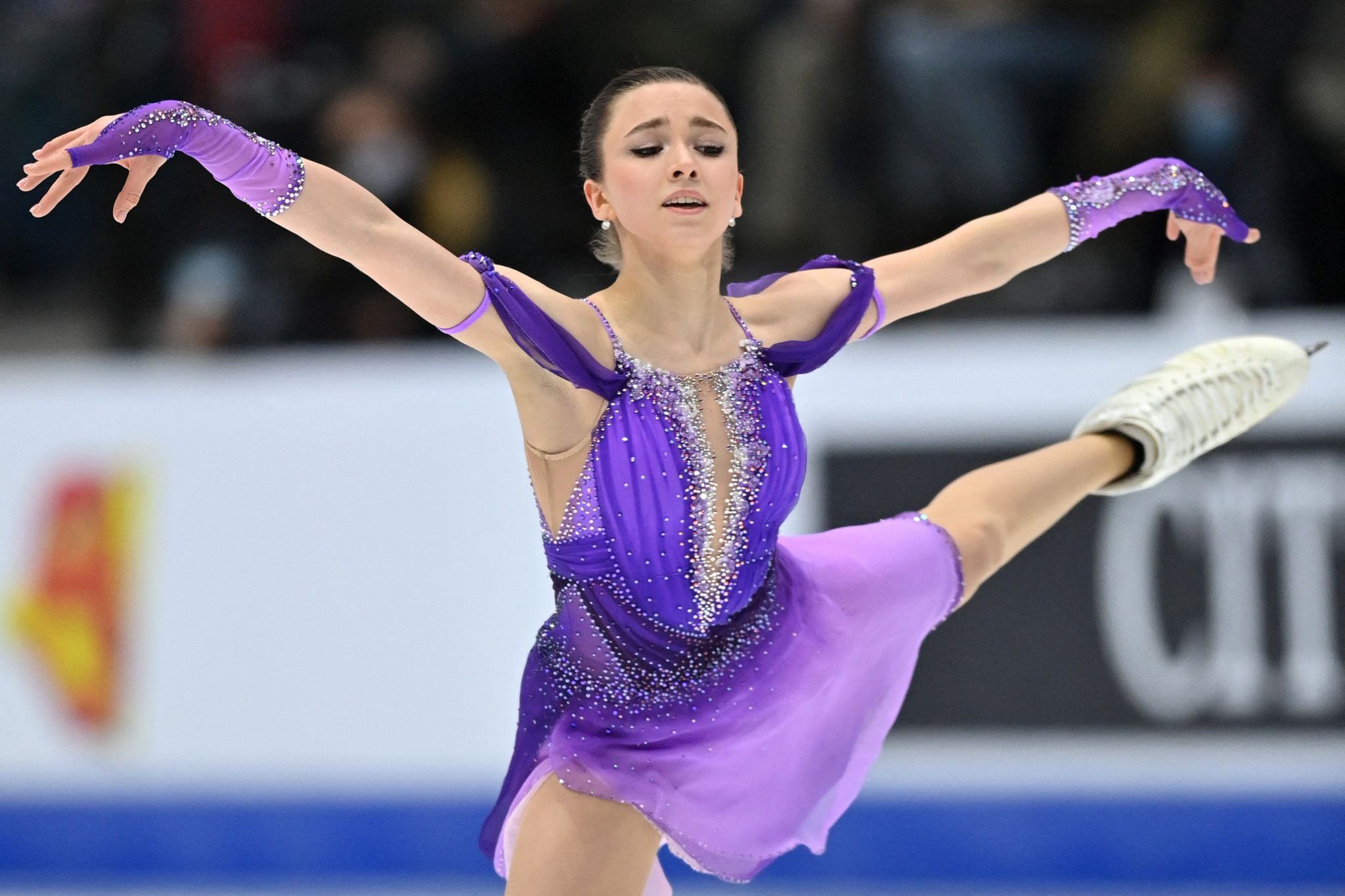 World champion Anna Shcherbakova, world record-holder Kamila Valieva and Alexandra Trusova are all set to make their Olympic debuts after being selected in the Russian Olympic Committee (ROC) figure skating team for Beijing 2022.

All three are selected in the women's singles.

Shcherbakova triumphed in the event event at the World Championships in Stockholm last March, while Trusova took bronze.

Both skaters are aged 17, while 15-year-old Valieva triumphed at this month's European Championships and is the women's world record-holder for the short programme, free skating and combined scores.

Elizaveta Tuktamysheva, the silver medallist at the 2021 World Championships, has been named as a substitute.

Reigning world and European champions Anastasia Mishina and Aleksandr Galliamov, in the pairs, and Victoria Sinitsina and Nikita Katsalapovm in the ice dance, have also been selected.

Evgenia Tarasova with Vladimir Morozov plus Aleksandra Boikova and Dmitrii Kozlovskii are the other selected pairs, with Alexandra Stepanova and Ivan Bukin as well as Diana Davis and Gleb Smolkin set to compete in the ice dance.

Mark Kondratiuk triumphed in the men's singles at the European Championships, and the European champion is set to make his Olympic bow in the Chinese capital.

Mikhail Kolyada has been selected for a second Olympic Games, and is joined by Andrei Mozalev in the men's singles.

The ROC will go into the team event at the Capital Indoor Stadium, scheduled for February 4 to 7, as favourites to take gold.

Figure skating is set to be held across the duration of the Olympics from February 4 to 20, although there are five days where no action is planned.

The Olympic Athletes from Russia won one gold and two silver medals at Pyeongchang 2018, but the Figure Skating Federation of Russia dominated last year's World Championships, winning half of the available medals.

Russia's name, flag and anthem have been banned from World Championship and Olympic events for two years as part of the sanctions imposed because of the "cover-up of the cover-up", namely the manipulation of data at the Moscow Laboratory.

This means "neutral" Russian athletes are set to compete under the ROC banner at Beijing 2022, as they did at Tokyo 2020.