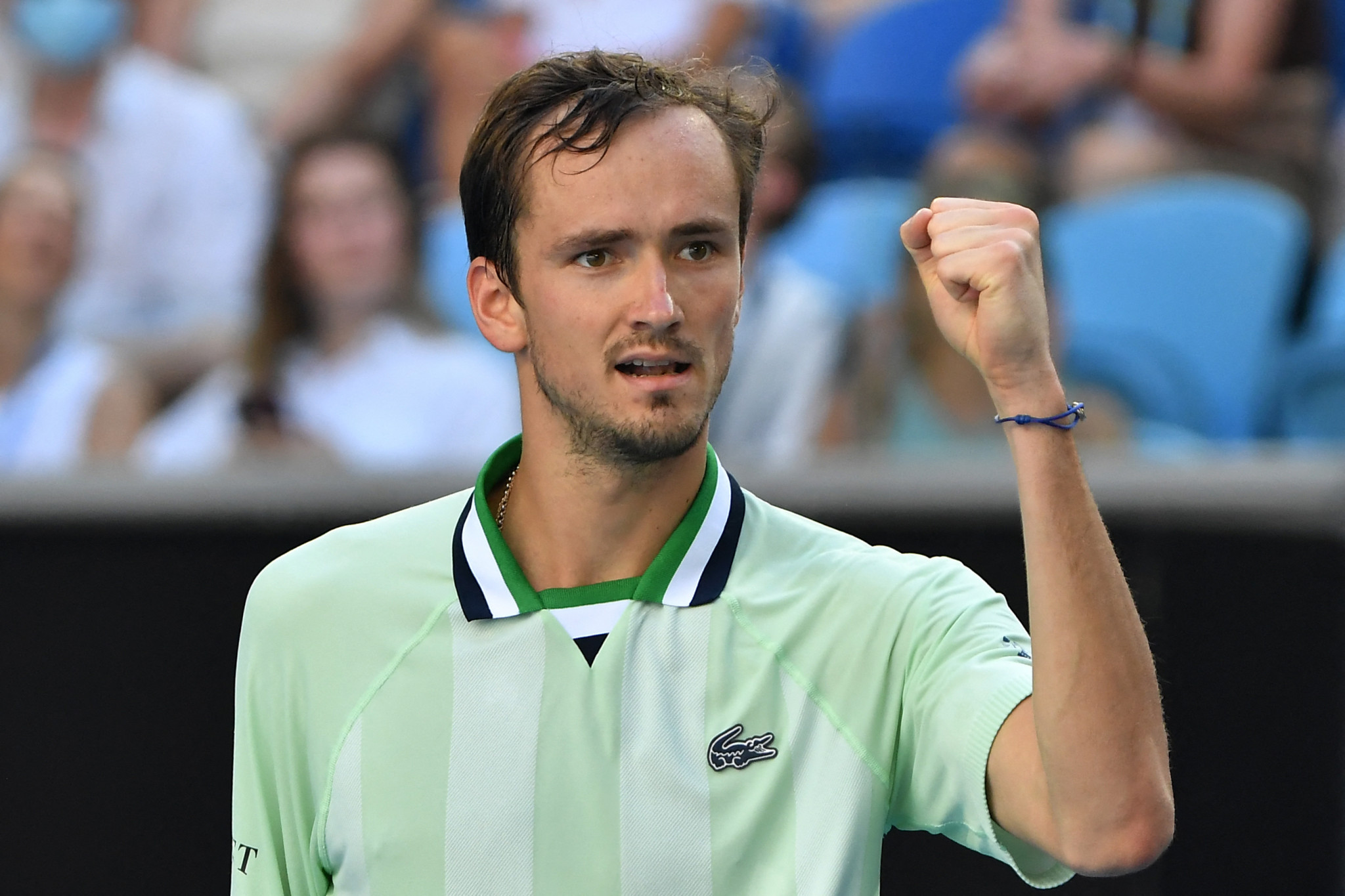 Russia's Daniil Medvedev and Greece's Stefanos Tsitsipas came through their third-round ties on a strong day for seeded players at the Australian Open in Melbourne.

His reward is a fourth-round meeting with the United States’ Maxime Cressy, who overcame Australia’s Christopher O'Connell 6-2, 6-7, 6-3, 6-2.

Fourth seed Tsitsipas dropped a set for the second successive match, but the Greek player advanced 6-3, 7-5, 6-7, 6-4 against France’s Benoît Paire.

His pursuit of a maiden Grand Slam title will continue with a fourth-round match against Taylor Fritz.

Australia will be represented in the fourth round by Alex de Minaur, with the home hope earning a 6-4, 6-4, 6-2 win over Spain’s Pablo Andujar Alba.

Fifth seed Andrey Rublev was the major casualty in today's third-round matches, with the Russian losing 7-5, 7-6, 3-6, 6-3 to former US Open winner Marin Čilić of Croatia.

Cilic meets Canada’s Felix Auger-Aliassime in the fourth round, after his 6-4, 6-1, 6-1 win over Britain’s Dan Evans.

The Belarusian will now face Estonia’s Kaia Kanepi, who has reached the fourth round at the tournament for the first time at the age of 36.

Kanepi lost the opening set 6-2 to Australian wildcard Maddison Inglis, but hit back to win the remaining sets 6-2, 6-0.

Halep’s compatriot Sorana Cîrstea also features in the fourth-round draw, after a 6-3, 2-6, 6-2 win over Anastasia Pavlyuchenkova of Russia.

Danielle Collins was the fourth player in the women’s singles to recover from a set down to win today, with the American beating Denmark’s Clara Tauson 4-6, 6-4, 7-5.

Belgium’s Elise Mertens will face Collins in the fourth round, following her 6-2, 6-2 win over China’s Zhang Shuai.