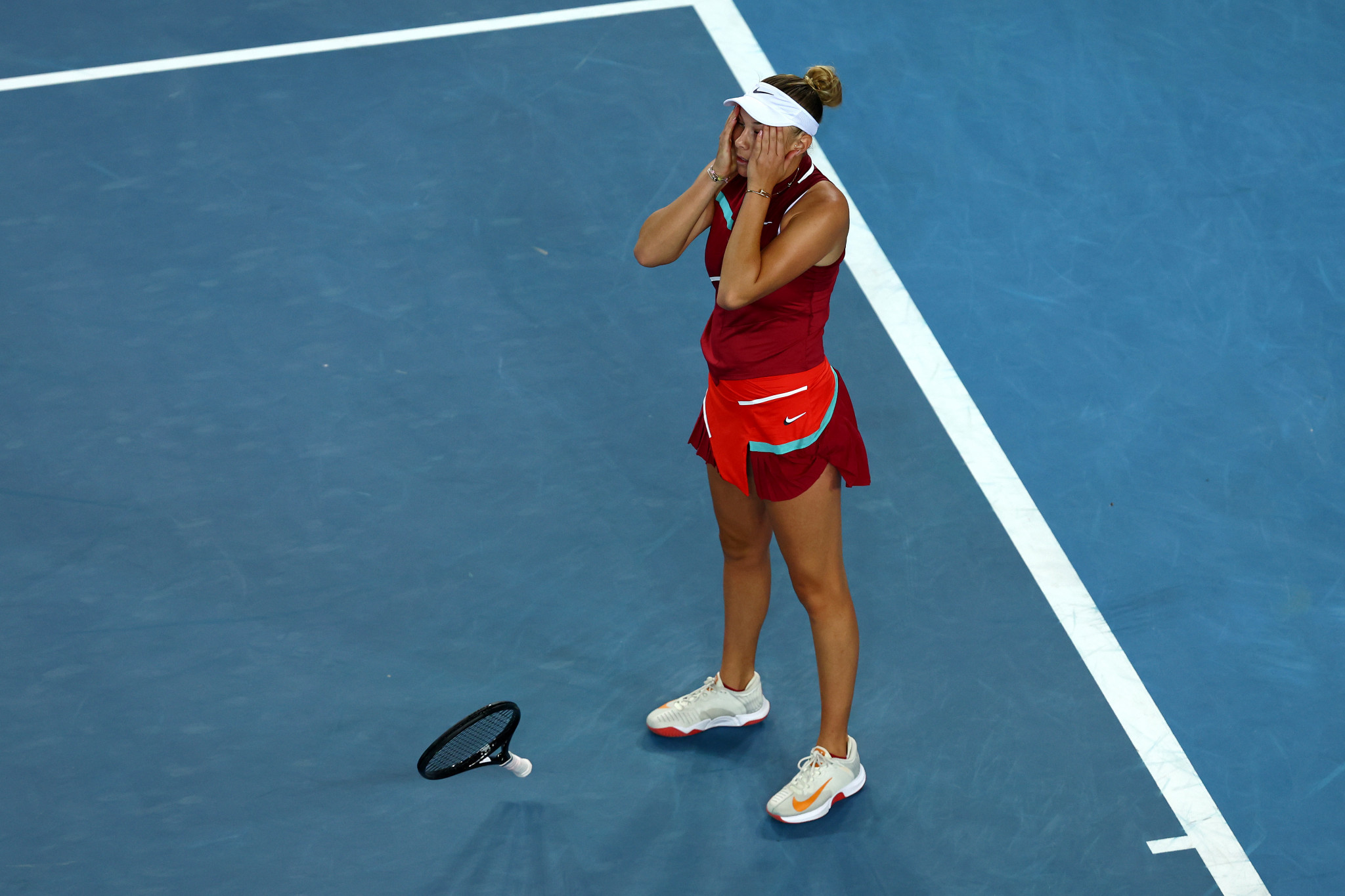 Defending champion Naomi Osaka suffered a third-round exit at the Australian Open after falling to a three-set defeat to the United States' Amanda Anisimova in Melbourne.

Anisimova headed into the match on a high after beating Olympic champion Belinda Bencic in the second round, but fell behind immediately with Osaka securing a break of serve.

The two-time Australian Open champion maintained her serve during the first set to claim the opener 6-4 on Margaret Court Arena.

Anisimova grew into the contest with the world number 60 breaking for a 3-1 lead in the second, with the 20-year-old then securing three confident holds to force the match into a decider.

The deciding set saw servers remain dominant, with a first-to-10 tiebreak required to settle the contest.

Anisimova's challenging route through the competition will continue, as world number one Ashleigh Barty will be her fourth-round opponent.

The home favourite continued her serene progress through the tournament with a third consecutive straight-sets victory, overcoming Italy's Camila Giorgi 6-2, 6-3.

The Czech player, the tournament fourth seed, will face Belarus' Victoria Azarenka in the fourth round.

American Madison Keys and Spain's Paula Badosa will compete for a quarter-final berth, after both players came through three-set matches.

Fifth seed Maria Sakkari was a 6-4, 6-1 winner against Russia's Veronika Kudermetova, with the Greek player now set to face the US' Jessica Pegula, who beat Spain’s Nuria Parrizas Diaz 7-6, 6-2.

Nadal, who missed the US Open due to a long-term foot injury, awaits the winner of the match between France’s Adrian Mannarino and Russia’s Aslan Karatsev.

The German will face Denis Shapovalov in the fourth round, after the Canadian beat American Reilly Opelka 7-6, 4-6, 6-3, 6-4.

Berrettini will face more Spanish opposition in the fourth round, after Pablo Carreño Busta beat the US’ Sebastian Korda 6-4, 7-5, 6-7, 6-3.