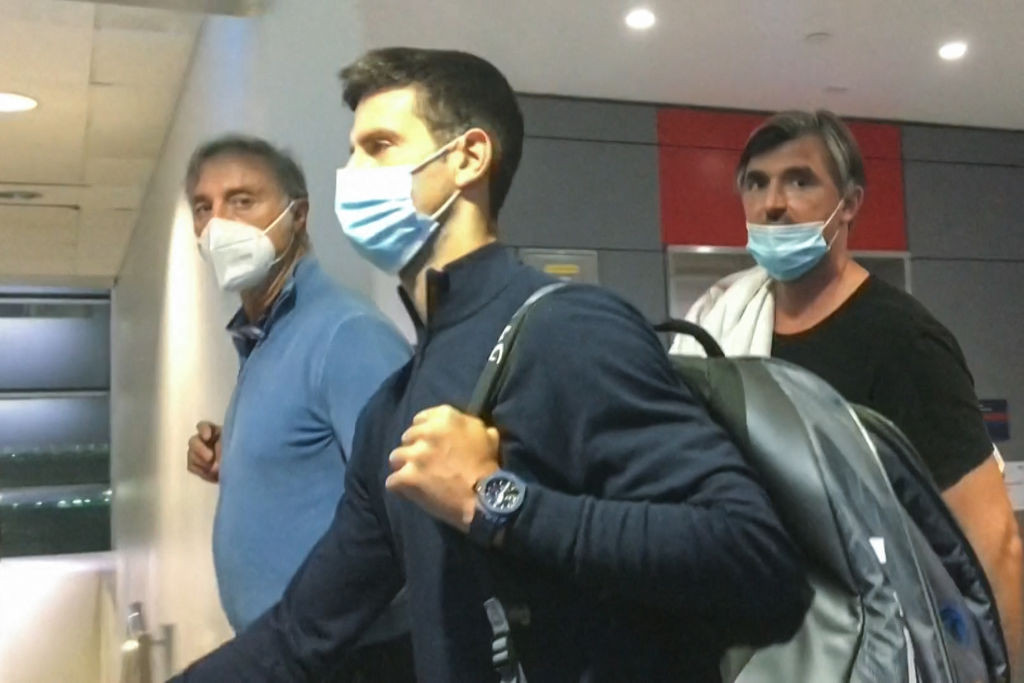 Tennis Australia has expressed "deep regret" over the impact of the Novak Djokovic saga had on players at the Australian Open in a statement criticised by several former professionals.

Nine-time Australian Open champion Djokovic is not competing at this year's event after he was deported following a federal court decision to uphold the cancellation of his visa.

The unvaccinated 34-year-old Serbian's case dominated the build-up to the opening Grand Slam of the season, which began in Melbourne on Monday (January 17), and sparked a diplomatic row.

"We would like to make clear from the outset that we respect the decision of the Immigration Minister and the finding of the Federal Court of Australia over the weekend," Tennis Australia said in its statement, which did not mention Djokovic by name.

"As the Australian tennis family, we recognise that recent events have been a significant distraction for everyone, and we deeply regret the impact this had on all players.

"There are always lessons to learn, and we will review all aspects of our preparation and implementation to inform our planning - as we do every year."

An update from Tennis Australia. https://t.co/vJutHqH41F

Martina Navratilova, an 18-time Grand Slam champion, criticised Tennis Australia for its statement, claiming it was "one word short of word salad".

"It doesn't tell me anything at all," Navratilova said on the Tennis Channel.

Former world number one Lindsay Davenport said: "They were forced to say something so they said basically nothing in the statement."

The Association of Tennis Professionals claimed the decision to uphold Djokovic’s visa cancellation marked the end of a "deeply regrettable series of events" but stressed that it "continues to strongly recommend vaccination to all players".

Djokovic could also miss the French Open at Roland Garros in May and June as France will require all players to be vaccinated against COVID-19.

He will also be unable to re-enter Australia for three years unless there are exceptional circumstances.

In a statement earlier this week, Djokovic said he was "extremely disappointed" with the court ruling and planned to take "some time to rest and recuperate" before making further comment.