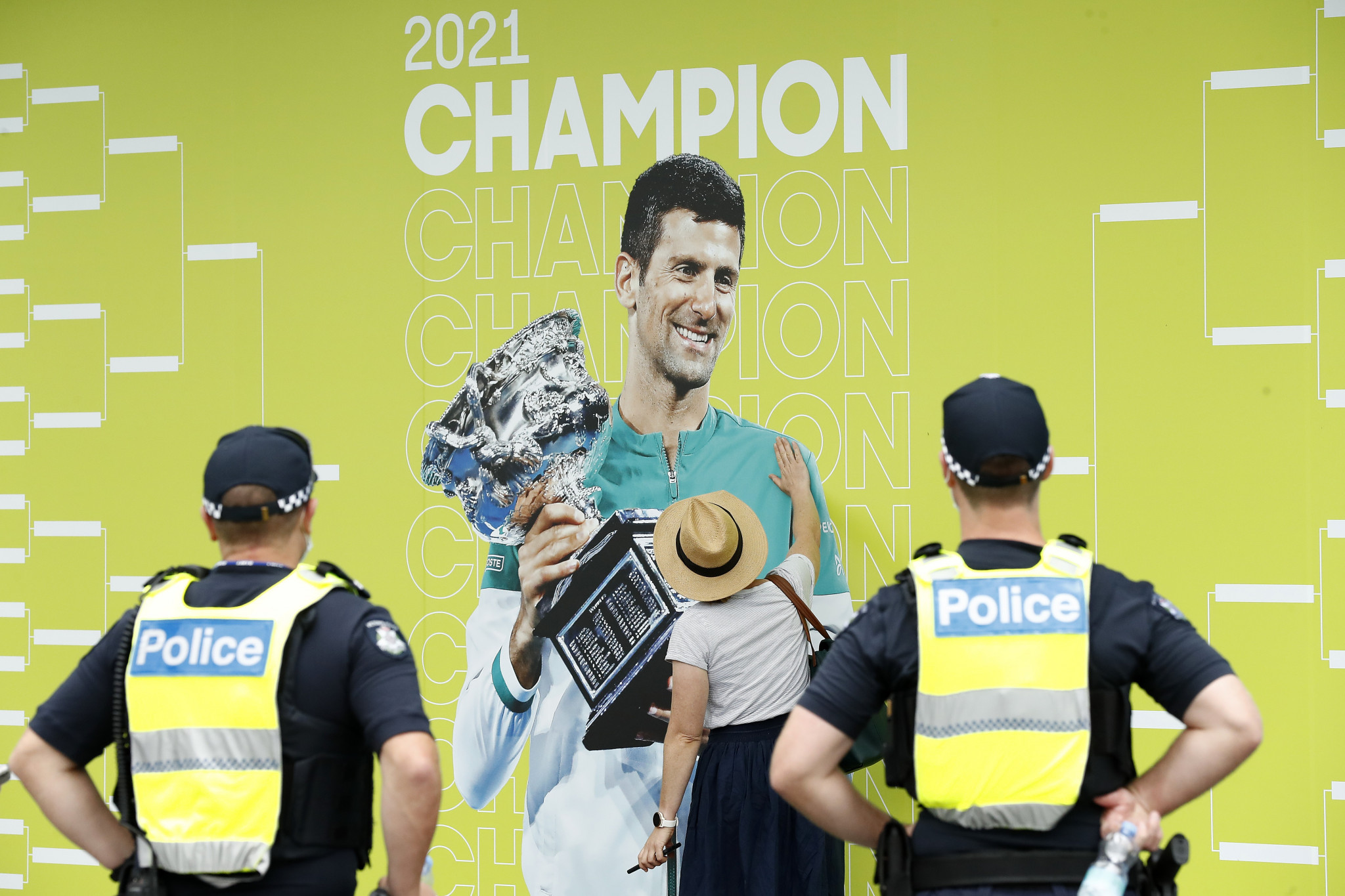 Novak Djokovic faces being barred from the French Open in another blow for the unvaccinated tennis star, who was deported from Australia yesterday.

Serbian President Aleksandar Vučić has slammed Australian officials for what he says is mistreatment of Djokovic and accused the country’s Prime Minister Scott Morrison of playing politics, but France is poised to follow Australia's lead and mandate that all participants at the second Grand Slam of the year are inoculated against COVID-19.

A new coronavrius law requiring all people entering public venues, such as sports stadiums, to be vaccinated will apply to "all spectators, practitioners, French or foreign professionals", according to Sports Minister Roxana Maracineanu.

This would leave Djokovic unable to defend his French Open crown at Roland Garros in May, should he not get vaccinated before now or be granted an exemption from the ruling.

Unvaccinated Djokovic was forced to leave Australia yesterday and faces a three-year ban from the country after a federal court upheld the cancellation of his visa.

The ruling ended an 11-day saga which dominated the build-up to this year’s Australian Open and sparked a diplomatic row.

After spending another night in an immigration detention hotel, Djokovic lost his court battle when three judges upheld the visa cancellation - a decision which incensed Vučić.

"You saw in the pointless court proceeding how much the prosecution lied," said Vučić.

"They are simply lying.

"They say there are fewer than 50 per cent vaccinated people in Serbia and officially the number is 58 per cent.

"Don't forget that's higher than in many European Union countries.

"That was a pointless argument, but that's possible in Orwellian performances."

Vučić promised Australian athletes will be treated well when they compete in this year's World Athletics Indoor Championships, due to take place in Belgrade between March 18 and 20, before taking a swipe at Morrison, insisting "we won't mistreat them due to elections".

"To mistreat the best tennis player for 11 days, and on the 11th day hand him the decision made on the first day," said Vučić.

"Thank you to the Australian people as I am sure they love Serbs.

Serbian Prime Minister Ana Brnabic claimed Djokovic had endured both "physical and psychological mistreatment" over the past 11 days in Australia.

His father, Srdjan Djokovic, described the situation as an "assassination attempt on the best sportsman in the world is over, 50 bullets to Novak's chest".

While the first Grand Slam of the year got underway, Djokovic, a nine-time winner of the Australian Open, landed in Serbian capital to a hero's welcome.

Djokovic issued a statement yesterday, saying he was "extremely disappointed" with the court ruling and planned to take "some time to rest and recuperate" before making further comment.

Australian Government lawyers had argued that the 34-year-old could pose a health risk to Australians by causing "an increase in anti-vaccination sentiment".

Morrison welcomed yesterday’s court verdict, insisting the decision was made to "keep our borders strong and keep Australians safe".

"Strong borders are fundamental to the Australian way of life as is the rule of law," added Morrison.

"Our Government has always understood this and has been prepared to take the decisions and actions necessary to protect the integrity of our borders."

Australian Home Affairs Minister Karen Andrews confirmed that Djokovic would be unable to re-enter the country for three years unless there are compelling reasons "that may be looked at but that's all hypothetical at this point".

"The visa was cancelled by [Immigration] Minister Hawke," said Andrews.

"That cancellation was upheld by the Federal Court, so as a result of that, he will be banned from entry for three years into the country."

The Association of Tennis Professionals (ATP) said the decision to uphold Djokovic’s visa cancellation marked the end of a "deeply regrettable series of events" but stressed that it "continues to strongly recommend vaccination to all players".

"Ultimately, decisions of legal authorities regarding matters of public health must be respected," the statement from the ATP read.

"More time is required to take stock of the facts and to take the learnings from this situation.

"Irrespective of how this point has been reached, Novak is one of our sport’s greatest champions and his absence from the Australian Open is a loss for the game."