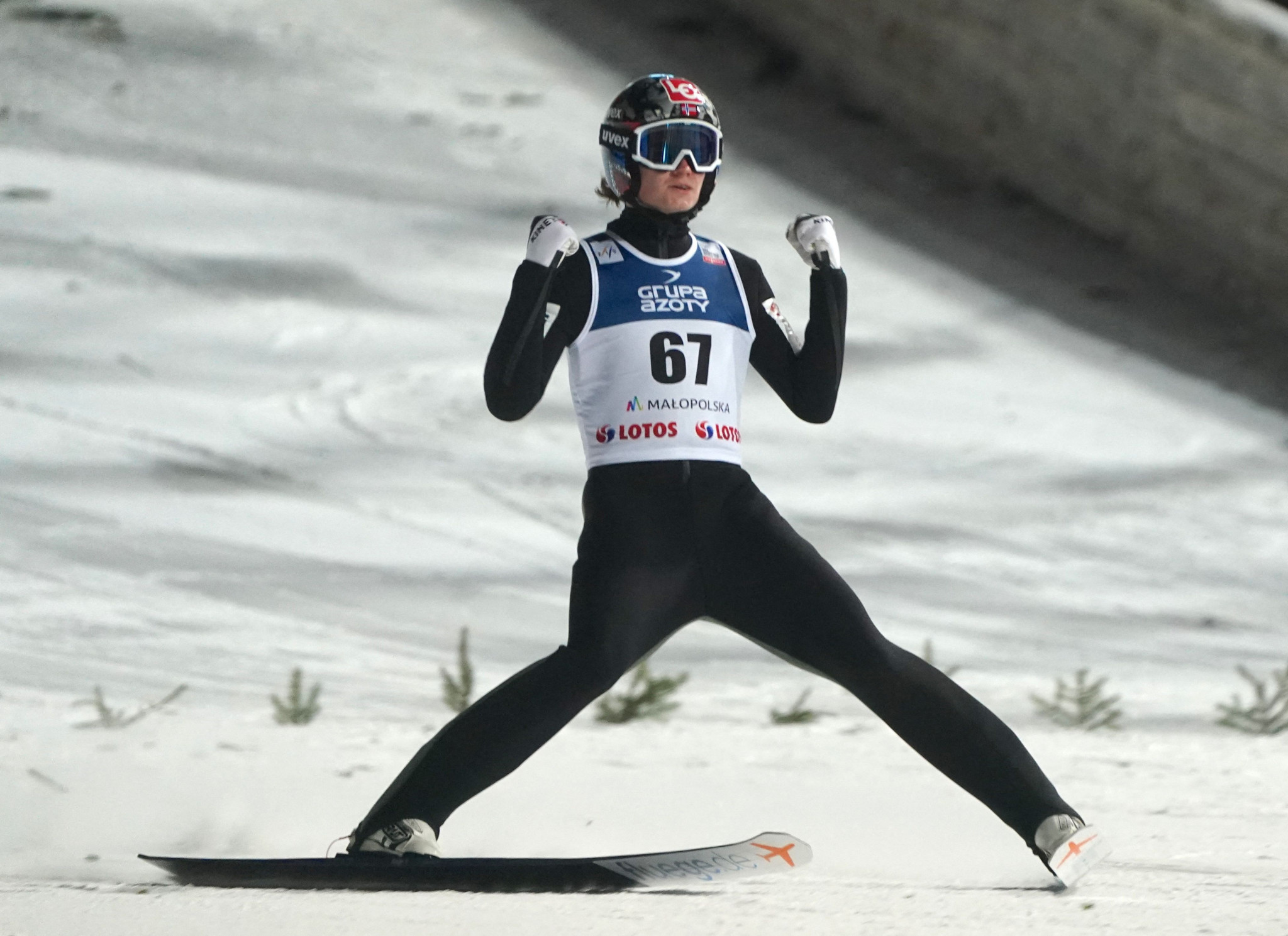 The Norwegian was looking to add to his triumph in Bischofshofen eight days ago, which marked his sixth podium finish of the season.

Lindvik placed third at the halfway mark of the competition in Zakopane, with his first attempt of 135 metres scoring 143.4 points.

A second-round jump of 139.5 metres on large hill at the Wielka Krokiew venue saw Lindvik rise to the top of the standings.

The effort gave Lindvik an overall score of 294.6 points to win the night event at the Polish venue.

Kobayashi and Tschofenig were unable to replicate their performances from the first round, with both dropping off the podium places.

Germany’s Karl Geiger produced the second highest score in the round with 141.7.

The score helped Geiger finish as the runner-up on 284.6 points.

Slovenia’s Anze Lanisek completed the podium on 283.7, with Kobayashi placing fourth on 282.6.

The result saw Kobayashi remain in the overall World Cup lead on 941 points, with Geiger reducing the gap to 44 points.

Lindvik has risen to third overall following back-to-back victories, as he moved onto 743 points.

The World Cup season will continue at Titisee-Neustadt in Germany next week, with back-to-back events on January 22 and 23.

The two events replace competitions which were planned in the Japanese city Sapporo, but were cancelled due to the COVID-19 pandemic.