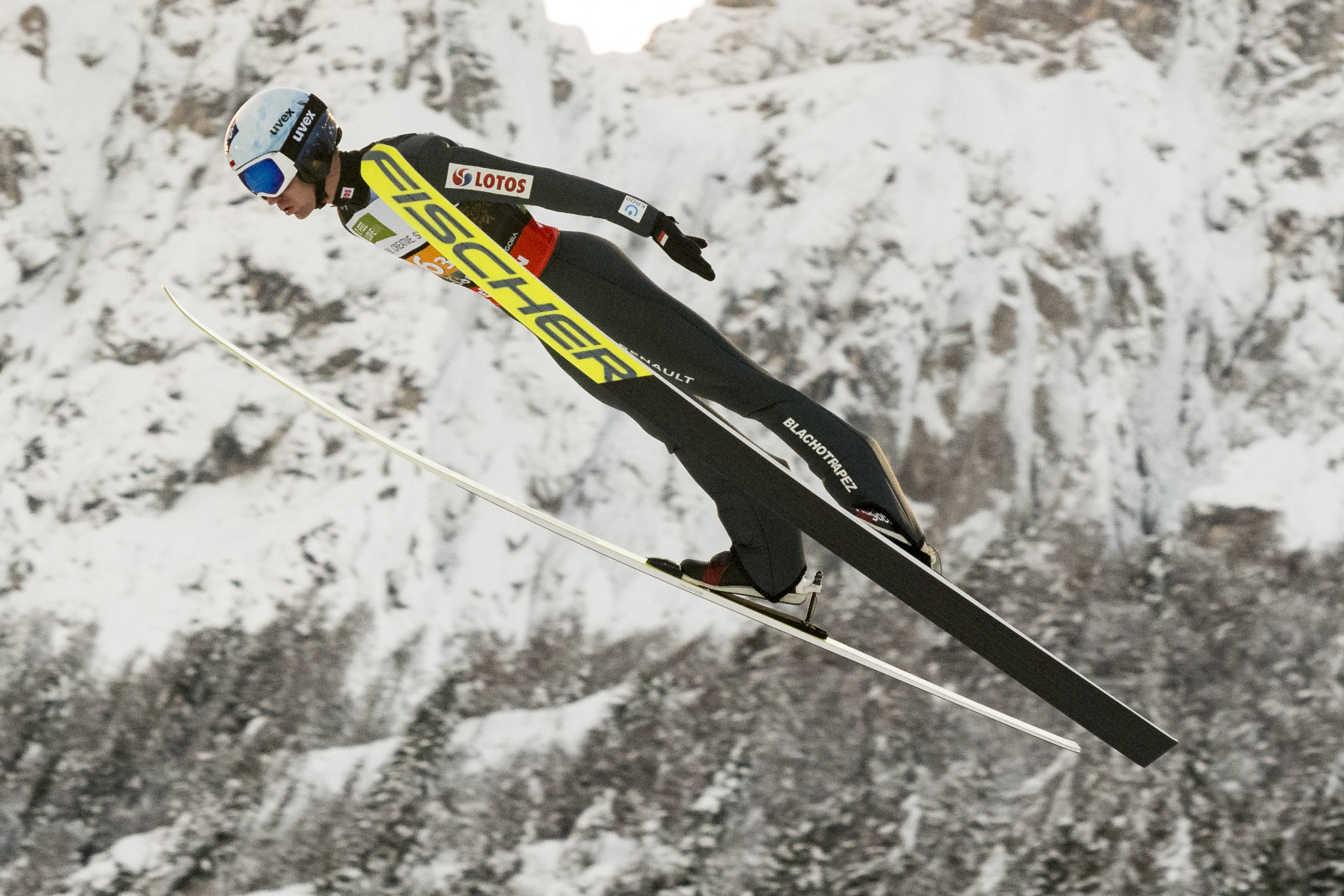 Three-time Olympic ski jumping champion Kamil Stoch could be forced to miss Beijing 2022 after suffering a ligament injury in training.

The 34-year-old is facing a race against time to be fit for the upcoming Winter Olympic Games as a result of the injury, sustained prior to the upcoming Ski Jumping World Cup in Zakopane.

It is the latest blow for Stoch, who has struggled for form and consistency so far this season.

Aleksander Winiarski, Poland's team doctor, said the injury would keep Stoch out of his home World Cup this week but said they would do everything they could to get Stoch recovered in time for the Games.

"This is a strong sprain of the joint with damage to the articular capsule and torn ligaments," Winiarski told local media.

"Fortunately, the bones are intact.

"I can confirm there is no chance of competing in the World Cup in Zakopane.

"We will do what is possible to make Kamil recover as soon as possible.

"Maybe we will be able to help him with recovering before the Olympics.

"There is little time, but not so little to dismiss this."

Polish ski jumping coach Michal Dolezal expressed confidence that Stoch would be able to compete at Beijing 2022, suggesting he would be picked if fit enough.

"I'm sure that Kamil will be in the squad for the Olympics," said Dolezal.

"However, if something is wrong with the ankle, we will make a change at the last minute.

"I have chosen the team for the Olympics in my head.

"We will take five athletes and we will announce the line-up after the competitions in Zakopane.

"I haven't talked to the doctor yet, but I heard that there is hope for Kamil's training before Beijing."

Stoch won gold in the normal and large hill events at the Sochi 2014 Winter Olympics, and the large hill title at Pyeongchang 2018.

The Polish star is also a double world champion and twice a winner of the overall Ski Jumping World Cup crown.

He sits in 16th on the World Cup standings and remains without a victory this season.