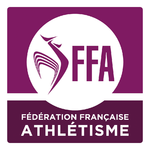 The French Athletics Federation (FFA) has signed a four-year deal with Adidas for the company to become its official kit supplier.

Adidas replaces Asics, which had been the FFA's kit supplier since 2013, and athletes representing France in athletics at the 2024 Olympic Games in Paris will wear Adidas kit.

"The Paris Olympic Games in 2024 are a real opportunity for us," FFA general director Souad Rochdi told L'Equipe.

"We had a lot of positive feedback from equipment manufacturers, and it was Adidas that best met our ambitious expectations.

"The contract lasts until 2025, but we are already looking forward to the 2028 Olympics in Los Angeles.

"The objective is to build a long-term partnership with Adidas."

According to reports in France, the FFA's deal with Asics was worth €2 million (£1.7 million/$2.3 million) a year.