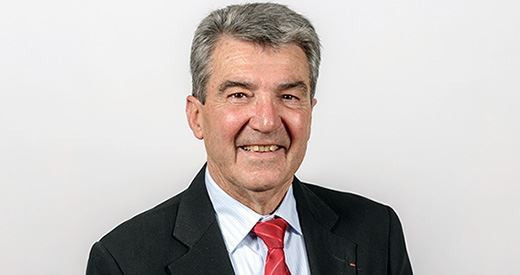 André Giraud has been elected President of the French Athletics Federation (FFA) to replace Bernard Amsalem.

The 69-year-old received 67.81 per cent of the vote from 199 delegates to beat sole challenger Marcel Ferrari at the Cité Universitaire in Paris.

Amsalem, the FFA head since 2001, had decided not to stand for a fresh term in office.

Giraud, who has served as a vice-president throughout the 16 years of Amsalem's tenure, is seen as a continuity choice who will seek to continue the body's current path rather than introducing substantial changes.

"It is with great emotion and pride that I will take up this great challenge," he said afterwards.

"These results give an important majority to our list.

"We will now gather all the forces and put us to work tomorrow.

"Our goal is to continue to develop athletics in the interests of athletes and clubs."

A former middle-distance runner, Giraud has extensive experience working in sport at a political level.

He headed the Olympic and Sports Committee of Rhône-department Bouches from 1995 before serving as director of youth and sports at the General Council of Bouches-du-Rhône until his retirement in 2007.

He has vowed to work with a Steering Committee in an attempt to build a "much more collective system of governance and decision-making than before".

Giroud's primary objective will be building-on the French success at Rio 2016.

Hosting more major events is another objective, potentially including the 2020 European Championships.

Amsalem will remain on the ruling Council of the International Association of Athletics Federations (IAAF) until 2019.

He is also expected to remain as chair of the IAAF Values Commission.