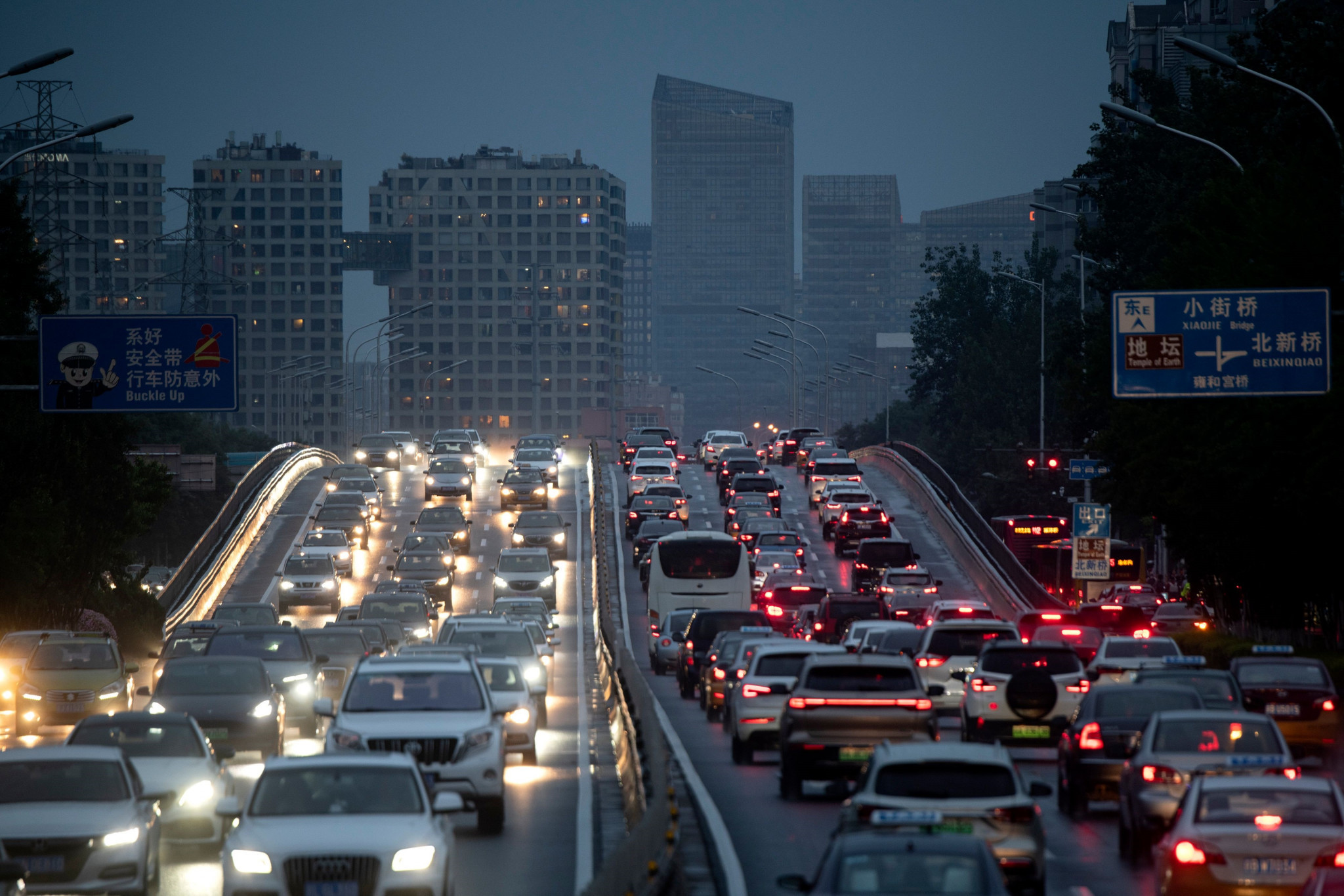 Chinese citizens have been warned to steer clear of vehicles used to transport those involved in the Beijing 2022 Winter Olympics - even in the event of a road accident.

Beijing’s Traffic Management Bureau has told residents to avoid all contact with Beijing 2022 vehicles as the city steps up its defence against COVID-19 for next month's Games.

Should one of the vehicles used by athletes, officials and other Games personnel be involved in a traffic incident, the bureau said the public should keep a safe distance and wait for "professionals" to arrive at the scene.

A Weibo video published by the Traffic Management Bureau also warns citizens not even to "knock on the windows" in the event of a collision.

Beijing 2022 organisers have implemented a "closed-loop management system" for the Olympics and Paralympics in a bid to combat the spread of COVID-19.

The system came into force last week as overseas Beijing 2022 workers started to arrive in the Chinese capital to prepare for the Games, scheduled to open on February 4.

Thousands of athletes, officials, volunteers and journalists are due to land in Beijing over the coming weeks.

Anyone travelling to Beijing for the Winter Olympics will enter the loop, after which they will undergo daily testing for COVID-19 and be unable to access the outside world for the duration of their stay.

Unvaccinated participants must complete a three-week quarantine period before they are allowed to travel to official venues.

Designated transport will be used to move between approved locations, including competition and training venues and the Olympic Village.

The closed-loop system - which will apply to all three Olympic zones in in Beijing, Zhangjiakou and Yanqing - is central to organisers' COVID-19 countermeasures.

Overseas spectators have been banned because of the pandemic, but organisers hope to have domestic fans in attendance.

The rapid spread of the more contagious Omicron variant has raised question marks over the staging of the Winter Olympics as countries impose tougher restrictions.

COVID-19 cases are also rising in China, with lockdowns imposed in Xi’an and Yuzhou to stem an increasing number of coronavirus infections.

Mass testing is also been underway in Zhengzhou and Tianjin following outbreaks of COVID-19, although China's official case numbers are very low in comparison to most other countries.

A cluster of 20 children and adults tested positive for coronavirus in Tianjin, resulting in the city’s entire population of 14 million undergoing testing.

The first two cases were identified when a 10-year-old girl and 29-year-old woman tested positive for the highly contagious Omicron variant.

Tianjin is situated fewer than 150 kilometres from the Winter Olympic host city and the Beijing Centre for Disease Prevention and Control urged people not to travel between the two cities.

Michael Ryan, emergencies director for the World Health Organization, said it was "confident" in the COVID-19 countermeasures being put in place by Beijing 2022 organisers and did not foresee any increased risk of transmission.

As well as the coronavirus pandemic, the build-up to Beijing 2022 has been dominated by criticism of China's record on human rights and a United States-led diplomatic boycott.