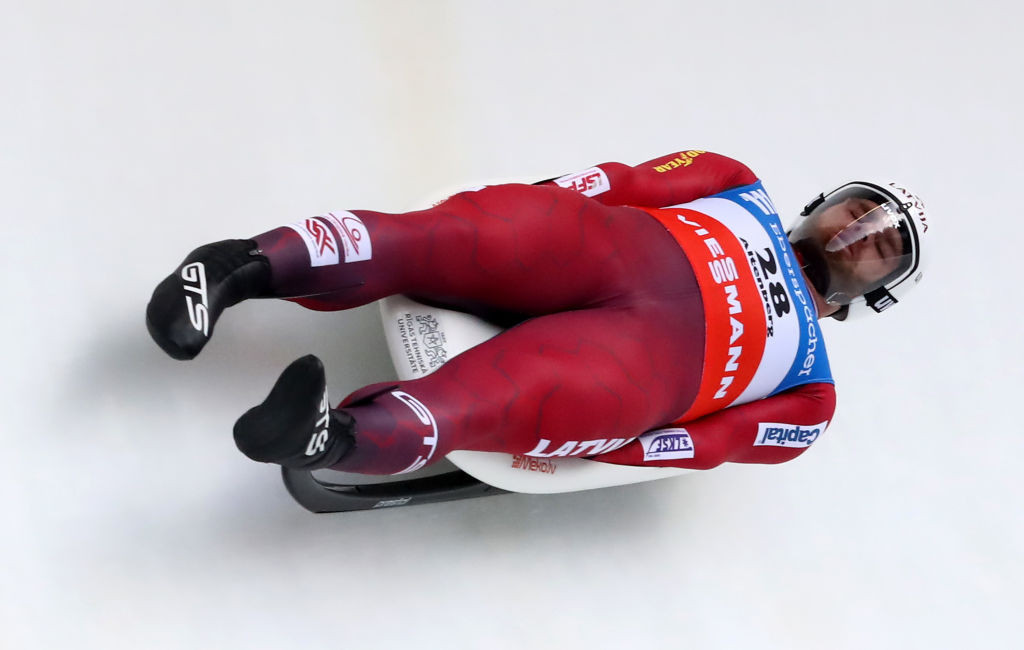 Kristers Aparjods of Latvia secured his second win of the Luge World Cup season with victory on his home track of Sigulda.

Aparjods was quickest after both runs, finishing in a combined 1min 36.483sec.

The Latvian, who also topped the podium in Sochi earlier on in the campaign, ended 0.186sec clear of Germany's double Olympic gold medallist Felix Loch.

"This year I definitely wanted to get two good runs down," said Aparjods.

"If I ride well, then the right results will come."

Johannes Ludwig of Germany could only manage 13th place today but remains the overall World Cup leader on 705 points.

The double mixed team world champion has a healthy lead at the summit of the standings as he is 105 points ahead of Austria's Wolfgang Kindl in second.

German pair Toni Eggert and Sascha Benecken triumphed in the doubles event to close the gap to overall leaders Andris and Juris Šics of Latvia.

Tobias Wendl and Tobias Arlt, also of Germany, did enough for third in 1:24.049.

Andris and Juris Šics remain in pole position in the race for the overall title as they have 673 points, 67 in front of Eggert and Benecken.

The World Cup in the Latvian capital is scheduled to continue tomorrow.