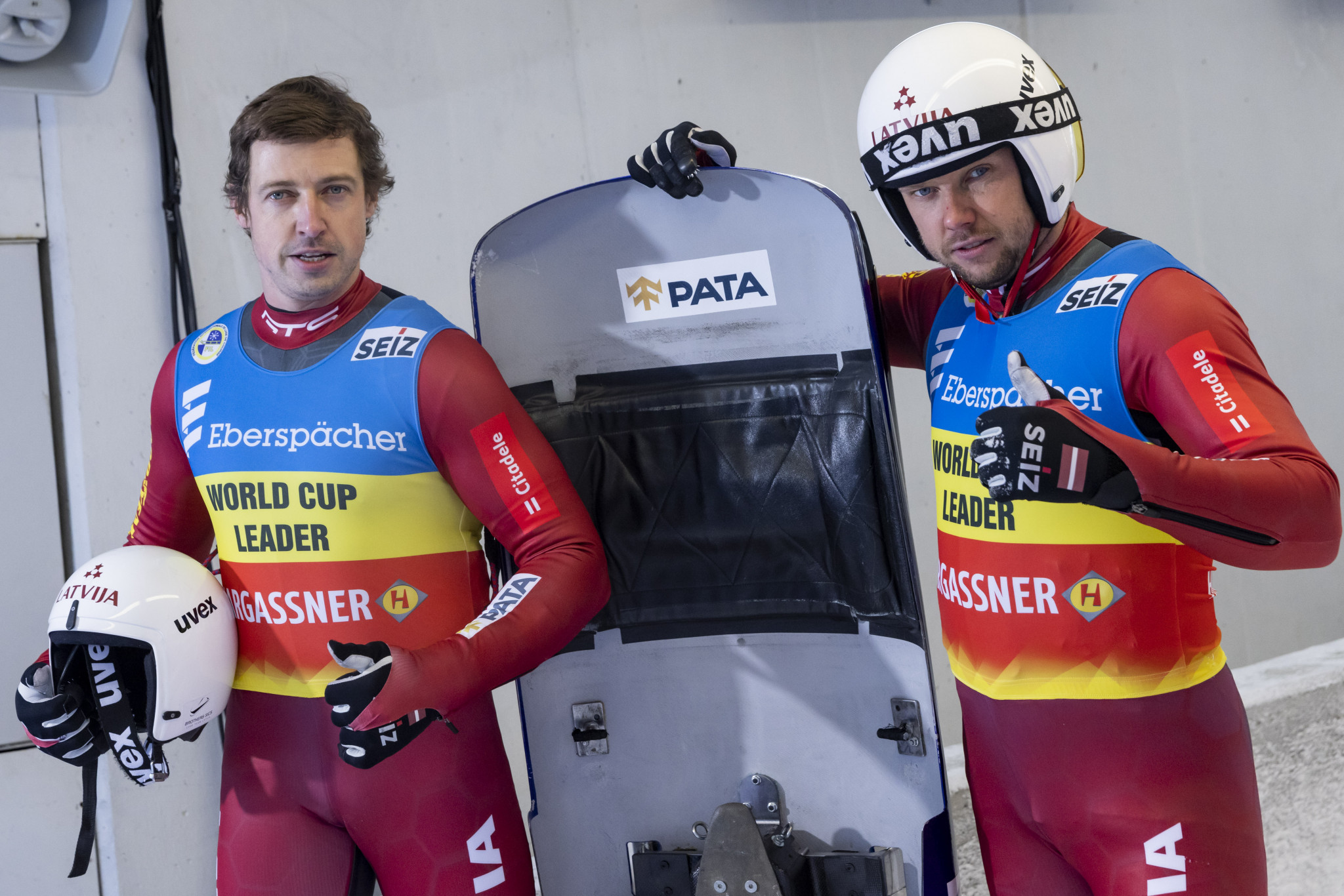 Andris and Juris Šics will be looking to continue their doubles success so far in the 2021-2022 International Luge Federation (FIL) Luge World Cup season on home soil, with the next leg taking place on the Latvian sliding track in Sigulda.

The brothers are top of the season standings, holding nearly a full win's worth over German pair Toni Eggert and Sascha Benecken - and more than 100 points over another set of Germans, Tobias Wendl and Tobias Arlt.

With both regular and sprint races this weekend, the pair will fancy their chances with a win in each discipline so far.

More importantly, they have only been away from the podium on two occasions from eight races, meaning their consistency has them top with five races to go.

Eggert and Benecken have two wins to their name too, while Wendl and Arlt also have one apiece.

Thomas Steu and Lorenz Koller of Austria, the 2021 champions, are back in good form following a poor spell, and have made the podium in the last four races, including two wins in Altenberg and Innsbruck.

Johannes Ludwig has a dominant lead in the men's singles, having won four legs, but crucially, not in either sprint races so far.

Those victories went to Italy's Dominik Fischnaller and Wolfgang Kindl of Austria, with the latter sitting second in the standings having made the podium in his last five.

A home favourite will be Kristers Aparjods who won in Sochi, but he has not made the podium on any other occasion this season.

Roman Repilov has been solid so far, with the Russian third in the standings after picking up a couple of podiums this season, while defending champion Felix Loch of Germany has languished this season and will be aiming for a return to form prior to the Beijing 2022 Winter Olympics.

Julia Taubitz is the best of three German challengers, having won four races this year, and compatriot Anna Berreiter could be her closest challenger, having claimed victory in Sochi.

The defending champion is Natalia Geisenberger, who is yet to win a race this season, but this reflects her form from last season, in which it took until her ninth race to claim victory.

Madeleine Egle of Austria has three victories this season, so is likely to be Taubitz's greatest threat on her day.

Competition is set to take place tomorrow and Sunday (January 9).