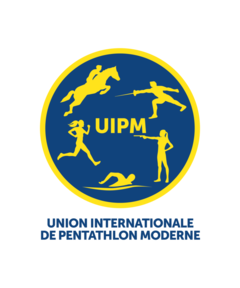 Ivar Sisniega has retained his position as chairman of the International Modern Pentathlon Union's (UIPM) Innovation Commission, the group which made the controversial recommendation to axe riding from the sport after the 2024 Olympic Games in Paris.

The Mexican official, also secretary general of Panam Sports, has been confirmed as chairman of the Commission for the Paris 2024 Olympic cycle.

Its proposal to cut riding was approved by the UIPM Executive Board in October, triggering a process that led to modern pentathlon being left off the initial sports programme for Los Angeles 2028.

The UIPM has begun its search to find a replacement discipline for riding, which was removed from the sport following the horse-punching scandal at Tokyo 2020.

Former world champion Pavel Tymoshchenko claimed obstacle racing is being lined up to take the place of riding, and a separate working group - chaired by UIPM President Klaus Schormann - has been established to determine the new fifth discipline.

The way the UIPM handled the change drew criticism from the International Olympic Committee (IOC).

IOC President Thomas Bach said the UIPM must "finalise its proposal for the replacement of horse riding and for the overall competition format" before the sport can be included at the Games in the American city.

Bach added the UIPM's proposal has to "demonstrate a significant reduction in cost and complexity, and improvement across the areas of safety, accessibility, universality, appeal for youth and general public".

The UIPM has also confirmed the composition of its seven committees and 11 commissions for the Paris 2024 cycle.

It has created its first Women’s Commission, to be chaired by Cassandra Choh of Singapore, a vice-president of the Asian Modern Pentathlon Confederation.

Aya Medany of Egypt, Kseniya Gulyamova of Uzbekistan, Brazil's Yane Marques and Dora Palli of Greece will also serve on the Commission.

Medany, a four-time African champion, has been replaced by compatriot Yasser Hefny as chairperson of the UIPM Athletes' Committee after she took up a position as a member of the Egyptian Parliament.