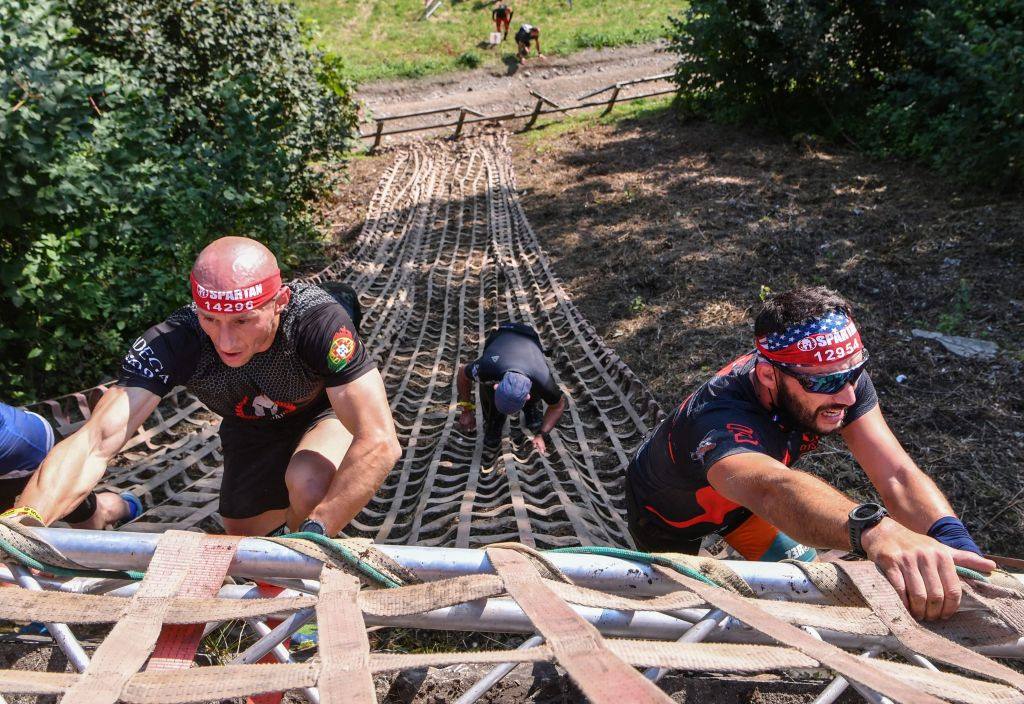 Ukraine’s three-time Olympian Pavel Tymoshchenko has speculated that obstacle racing is being lined up by the Modern Pentathlon Union (UIPM) in place of the riding element so controversially axed last month.

Commenting on Facebook’s modern pentathlon discussion platform, the 35-year-old policeman, who earned men’s pentathlon silver at the Rio 2016 Olympics a year after winning the world title, highlighted the position of Robert Stull of the United States, a member of the UIPM Executive Board.

Tymoshchenko noted that Stull, who was among those officially named yesterday on the UIPM Working Group that will seek a new discipline to join fencing, swimming, running and shooting, was on the Central Board of World Obstacle, also known as the Federation Internationale de Sport d’Obstacles (FISO).

He provided a screenshot showing Stull - a US Olympic Committee member who competed in the 1988 and 1992 Olympic pentathlon - as representative for Americas.

He also reported that USA Pentathlon, of which Stull is chief executive, had changed its name to USA Pentathlon Multisport and now listed Obstacle Course Racing as one of its sub-sites.

Tymoshchenko adds: "Now we can guess - will some of obstacle sport discipline be a new discipline for modern pentathlon!"

In comments under his post, another member of the group asks Tymoshchenko about Stull’s position with World Obstacle, saying: "When did you see this? The governance page says 'Americas – To be announced'."

The member also said: "In October 2021, it still looked like your screenshot."

Tymoshchenko responded: "I did screenshots yesterday."

So it appears that the change in the page had occurred since the publication of the UIPM Working Group personnel.

"Interesting that this was changed just after your post," the second group member adds.

The World Obstacle page currently appears to show no names of those involved in its governance.

The UIPM Working Group will be chaired by Klaus Schormann, the 75-year-old German who was re-elected as UIPM President for an eighth term last month.

Almost 700 of the world’s top pentathletes, including Britain’s current Olympic champions Joe Choong and Kate French, signed a letter protesting at the way riding had been excised from the modern pentathlon programme after the Paris 2024 Games, ostensibly at the behest of the International Olympic Committee (IOC), without consultation with athletes.

The letter declared no confidence in the UIPM President and all members of the Executive Board and called on them to resign.

The proposal to drop riding from the event was passed at the UIPM Congress last month by 66 votes to 15.

Earlier this month, modern pentathlon was left off the initial sports programme for Los Angeles 2028.

IOC President Thomas Bach said the UIPM must "finalise its proposal for the replacement of horse riding and for the overall competition format" before the sport can be included.

He said the UIPM's proposal has to "demonstrate a significant reduction in cost and complexity, and improvement across the areas of safety, accessibility, universality, appeal for youth and general public."

Meanwhile, the Modern Pentathlon Association of Denmark has filed a case against riding's removal at the Court of Arbitration for Sport.