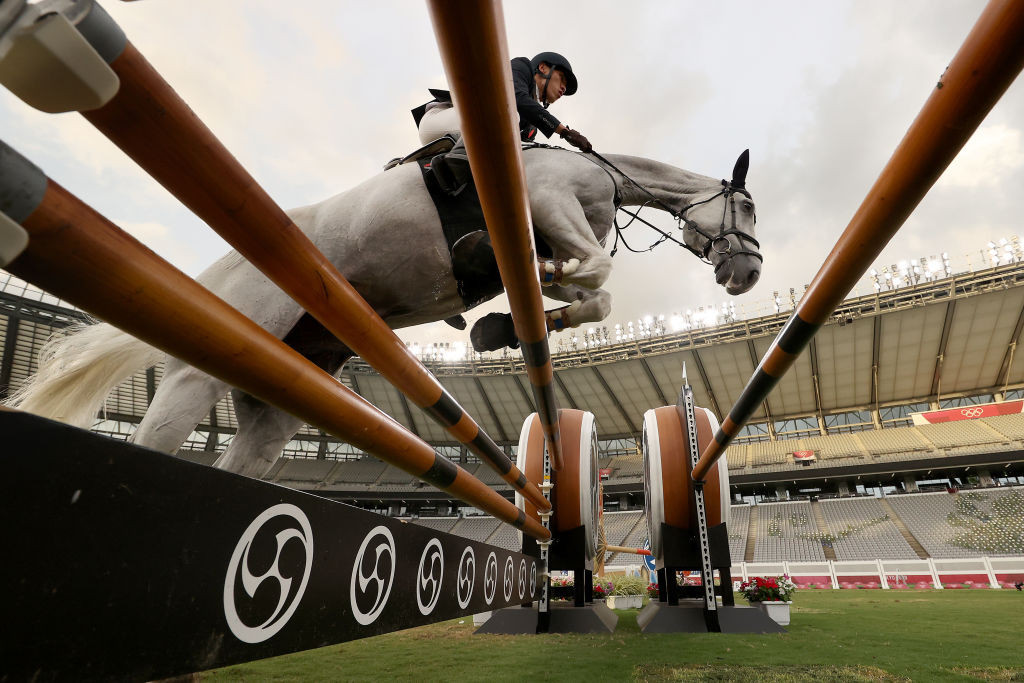 The International Modern Pentathlon Union (UIPM) is to set up a new working group to help determine the replacement for riding as its fifth discipline after the sport was left off the initial sports programme for the 2028 Olympic Games in Los Angeles.

The new working group will be established "within the next week", the UIPM said in response to the announcement from the International Olympic Committee (IOC) that modern pentathlon, embroiled in crisis since the horse-punching scandal at Tokyo 2020, had not been included on the core list of 28 sports for the Games in the American city.

It offered a "pathway" to modern pentathlon - as well as boxing and weightlifting - for inclusion and set a deadline of 2023 for the UIPM to address the concerns outlined by the IOC.

IOC President Thomas Bach said the UIPM must "finalise its proposal for the replacement of horse riding and for the overall competition format" before the sport can be included at Los Angeles 2028.

Bach added the UIPM's proposal has to "demonstrate a significant reduction in cost and complexity, and improvement across the areas of safety, accessibility, universality, appeal for youth and general public."

The UIPM voted to remove riding from its Olympic slate after Paris 2024 in a decision which some of its members have claimed is invalid.

The process which led to the UIPM dropping riding has been criticised by dozens of its National Federations and a host of athletes, who have called on recently re-elected President Klaus Schormann to resign.

IOC sports director Kit McConnell said testing on the replacement for riding would take place in the European summer before the UIPM submits its proposal by the end of 2022.

McConnell added that the athletes "need to be a central part of that process."

"UIPM’s global community is ready to embrace the new opportunity presented by the IOC to futureproof modern pentathlon as an enduring highlight of the Olympic Games," the UIPM said in a statement.

"Athletes are the core of our sport and that’s why it is vital to make the sport available to as many athletes as possible regardless of economic, cultural and regional factors.

"UIPM is determined to provide a future for tomorrow’s pentathletes by keeping the Torch of their Olympic dreams burning for decades to come."

Excellent, we are delighted you finally want to START working together. Please come to our table to discuss.

You no longer have the moral authority to lead our sport.

The IOC have called for you to listen to the athletes. We are ready to show you the way. #pentathlonunited https://t.co/dE9pEIe1C7 pic.twitter.com/O4IcfKi4zr

The Pentathlon United pressure group stepped up its calls for Schormann and the UIPM Executive Board, which secretly voted to axe riding at a meeting last month, to resign.

"The UIPM gambled with the future of our sport, without proper discussion with those who know it best - the athletes," the group said.

"If they had done so this could have been avoided.

"There are issues of mismanagement of the sport over 30 years.

"We cannot continue with this administration.

"Pentathlon is in the holding box because of this administration.

"If I were the leader of this organisation, I would be embarrassed.

"We have so little time to save our sport now and we need proper leadership."

The UIPM called for "continued solidarity and unity from the community to work together aiming in the same direction".

"Debates will continue but only through focusing on a common goal - can the community present the IOC with a rock-solid plan in 12 months' time," the embattled governing body added.

"It is the firm belief of UIPM that all members of its community want the same thing - a stronger pentathlon - and a combined effort is the only way to overcome the exciting challenges ahead."