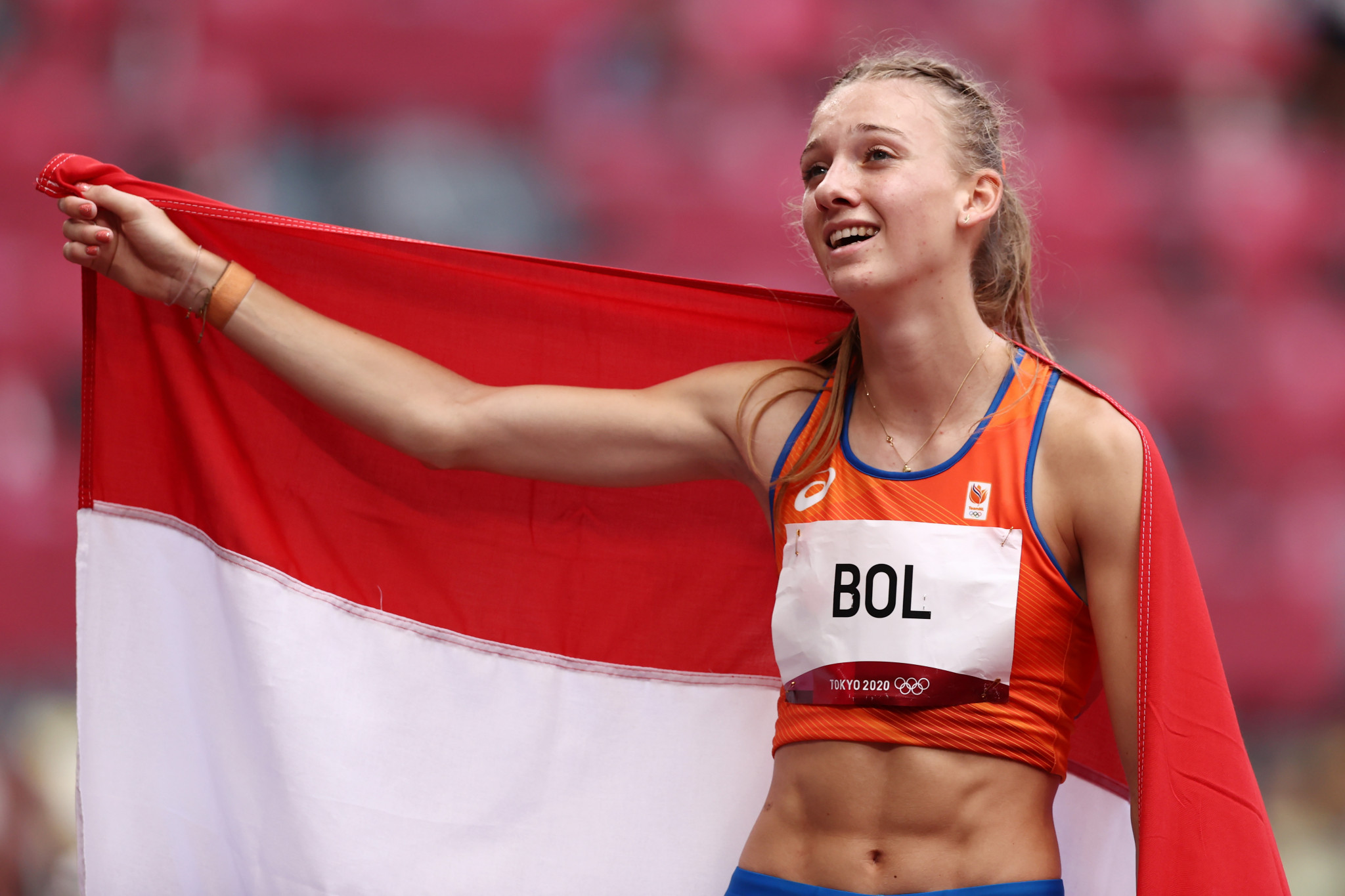 Tokyo 2020 400 metres hurdles bronze medallist is to race at this year's European Championships in Munich, the Dutch athlete has admitted.

Bol is the European record holder at the 400m hurdles, having run 52.03sec in the Olympic final, where she collected the bronze medal behind American pair Sydney McLaughlin and Dalilah Muhammad, who both ran inside the previous world record to claim gold and silver respectively.

Speaking in an interview with Dutch broadcaster NOS, Bol said: "That [the 2022 World Athletics Championships in Oregon] is the most important tournament and I hope to be at my best there.

"At the European Athletics Championships, I hope to have held on to that peak and to put in another good performance."

Munich 2022 is due to take place from August 11 to 22, with the World Championships ending three weeks earlier on July 24.

The 21-year-old could become the first Dutch athlete to win the women's 400m hurdles European title in Munich, where she will also look to beat Russia's Natalya Antyukh championship record of 52.92, a time she bettered four times last year.

"If you improve a hundredth (of a second) in your technique, that is already a tenth gained after ten hurdles," said Bol.

"That would mean for me that I would run 51 seconds something."

Bol also said she intends to run the 400m flat at the World Indoor Championships in Belgrade in March.

She is the European champion at that event after winning at the European Indoor Championships in Torun in Poland last year, running a European-leading indoor time and national record of 50.63.

Bol was named European Athletics' Women's Rising Star for her exploits in 2021.