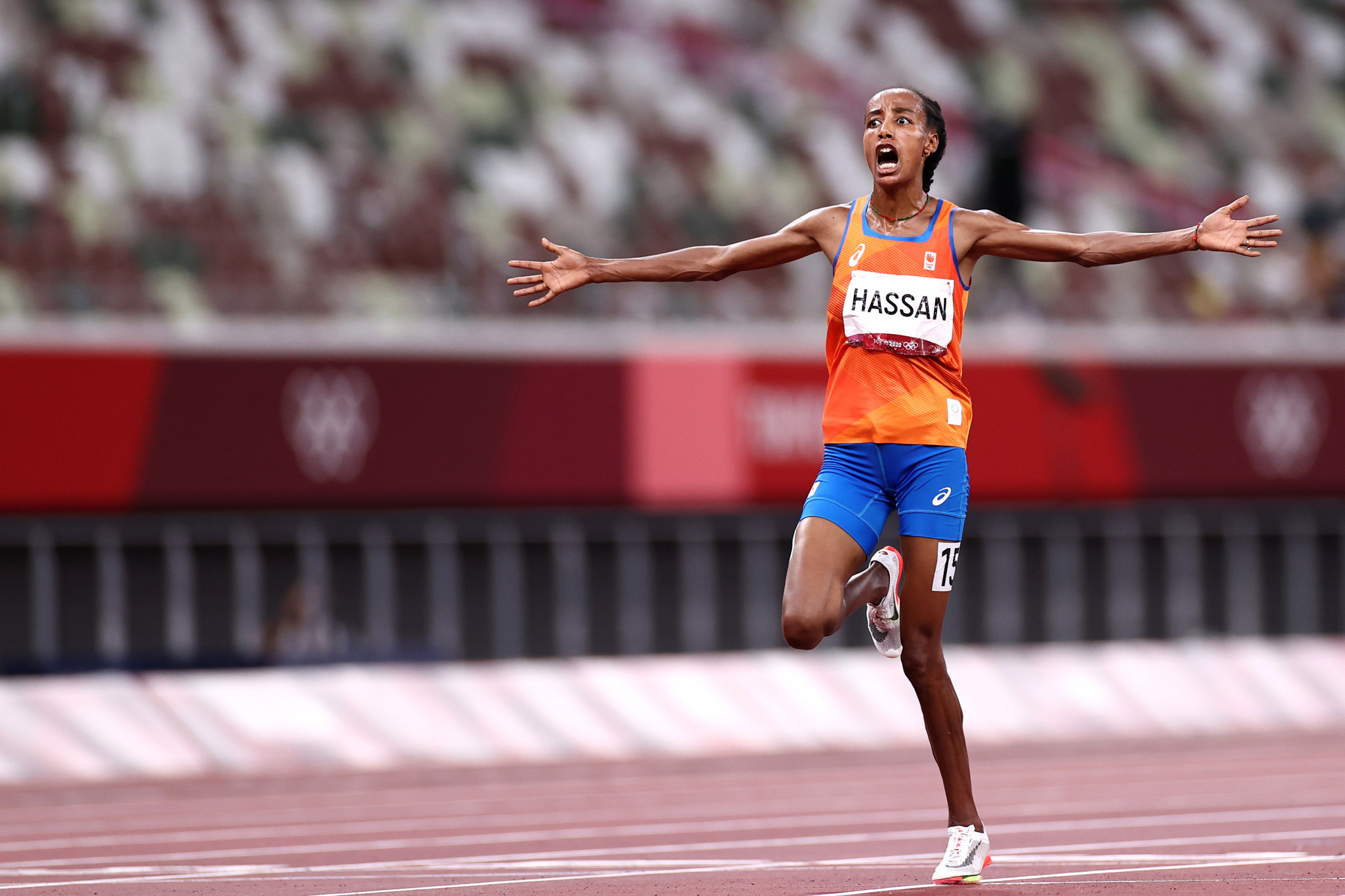 Sifan Hassan from The Netherlands and Norway’s Karsten Warholm have been crowned the 2021 European Athletes of the Year at the Golden Tracks awards ceremony which was held in Lausanne in Switzerland.

Hassan and Warholm were two of the standout performers at the Tokyo 2020 Olympic Games as European athletes picked up 20 gold medals.

Hassan earned the award for the first time after winning the 5000 metres and 10,000m events and picking up bronze in the 1500m in Japan.

She is now the second Dutch athlete to win the accolade after Dafne Schippers in 2014 and 2015.

Hassan beat fellow Olympic champions Anita Włodarczyk of Poland and the Russian Olympic Committee's Mariya Lasitskene who was named Women's Athlete of the Year in 2019.

Włodarczyk won her third Olympic gold medal in the hammer throw event in Tokyo while Lasitskene secured her first in the high jump final.

Warholm became a Golden Tracks winner for the third time following his 2019 Men's Athlete of the Year and 2017 Men's Rising Star awards.

The Norwegian was part of an illustrious shortlist alongside Armand Duplantis from Sweden and Italy’s Lamont Marcell Jacobs, both of whom won gold medals at the Olympics as well as at the European Athletics Indoor Championships in Toruń in Poland.

There was more joy for The Netherlands as Femke Bol won the Women's Rising Star award.

The 21-year-old won bronze in the 400m at Tokyo 2020 in which she smashed Russian Yuliya Pechonkina’s European record with a time of 52.03 seconds.

The Australian-born prodigy clocked four of the seven fastest times in history in the 60m and 110m hurdles at under-20 level, including world records of 12.93 and 12.72sec at the World Athletics U20 Championships in Nairobi in Kenya.