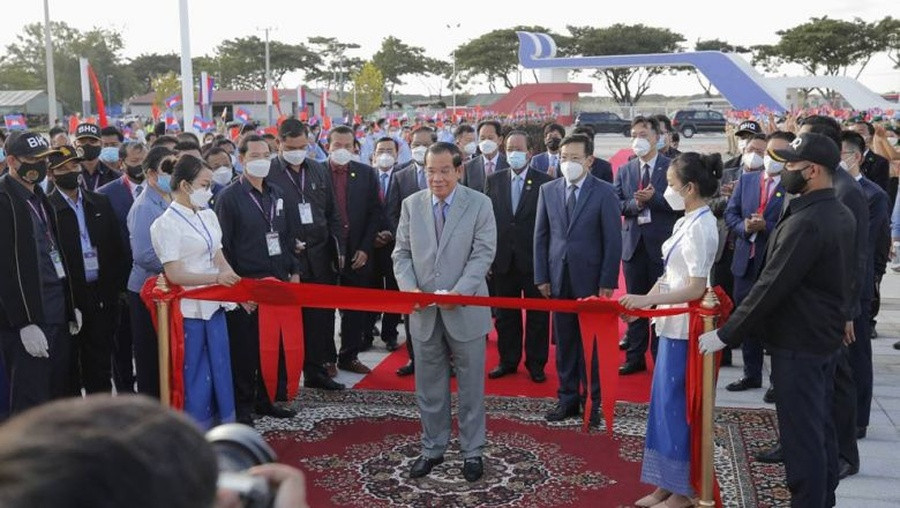 Cambodia Prime Minister  Hun Sen has unveiled the new national stadium, which is due to be the centrepiece venue for the 2029 Asian Youth Games, organised by the Olympic Council of Asia.

The stadium, called the Morodok Techo National Stadium at the Praek Ta Sek commune of Chroy Changvar district, with a 60,000-seat capacity, was inaugurated on Saturday (December 18) in a ceremony presided over by Hun Sen and Chinese Ambassador to Cambodia Wang Wentian.

Hun Sen said: "This achievement is just one of many supported by China.

"If we talk about grants, this is the largest grant provided by China.

"This is an achievement made possible by the immeasurably good hearts of China's leaders and the Chinese people on behalf of the Cambodian people."

Nearly 3,000 athletes from 45 countries are expected to compete in 18 sports at the Asian Youth Games in Cambodia.

Khon hailed hosting the Games as a "marvellous opportunity" and predicted it would further develop sport and sports infrastructure in Cambodia.

Cambodia will be the fifth edition of the Asian Youth Games, which were first held in Singapore in 2009.

As well as the 2029 Asian Youth Games, it will serve as the principal stadium for the South East Asian Games and Association of Southeast Asian Nations Para Games in 2023.