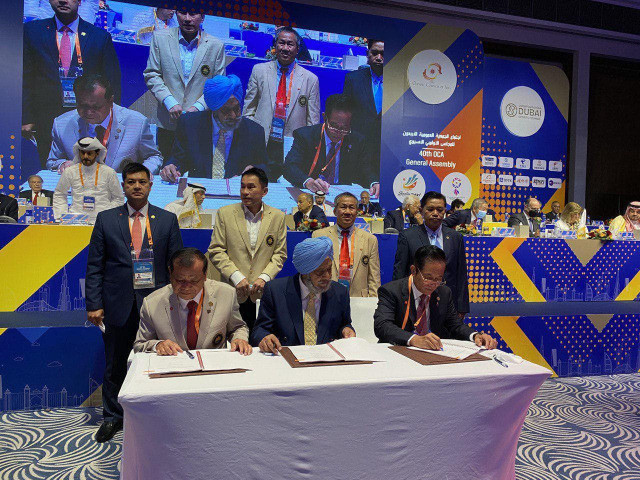 Cambodia has been awarded the 2029 Asian Youth Games, it was announced here today.

The decision was officially confirmed during the Olympic Council of Asia (OCA) General Assembly.

Tourism Minister Thong Khon, who is also President of the National Olympic Committee of Cambodia, led the delegation from the Southeast Asian country.

The event will utilise the facilities currently being built for the 2023 Southeast Asian Games, which Cambodia is due to host.

The centrepiece of these Games will be the newly-built $168 million (£125 million/€149 million) 60,000-capacity Morodok Techo National Stadium in Cambodia's capital Phnom Penh.

Nearly 3,000 athletes from 45 countries are expected to compete in 18 sports at the Asian Youth Games in Cambodia.

Khon hailed hosting the Games as a "marvellous opportunity" and predicted it would further develop sport and sports infrastructure in Cambodia.

Cambodia will be the fifth edition of the Asian Youth Games, which were first held in Singapore in 2009.

The 2013 edition was held in Nanjing.

The 2017 event was awarded to Hambantota in Sri Lanka, who withdrew and it was re-allocated it to Indonesia, who were also unable to stage the event, leading to the OCA cancelling it.

The 2021 Asian Youth Games were given to Shantou in China, but that has now been postponed until December next year due to the COVID-19 pandemic.

Tashkent in Uzbekistan is due to stage the 2025 Games.