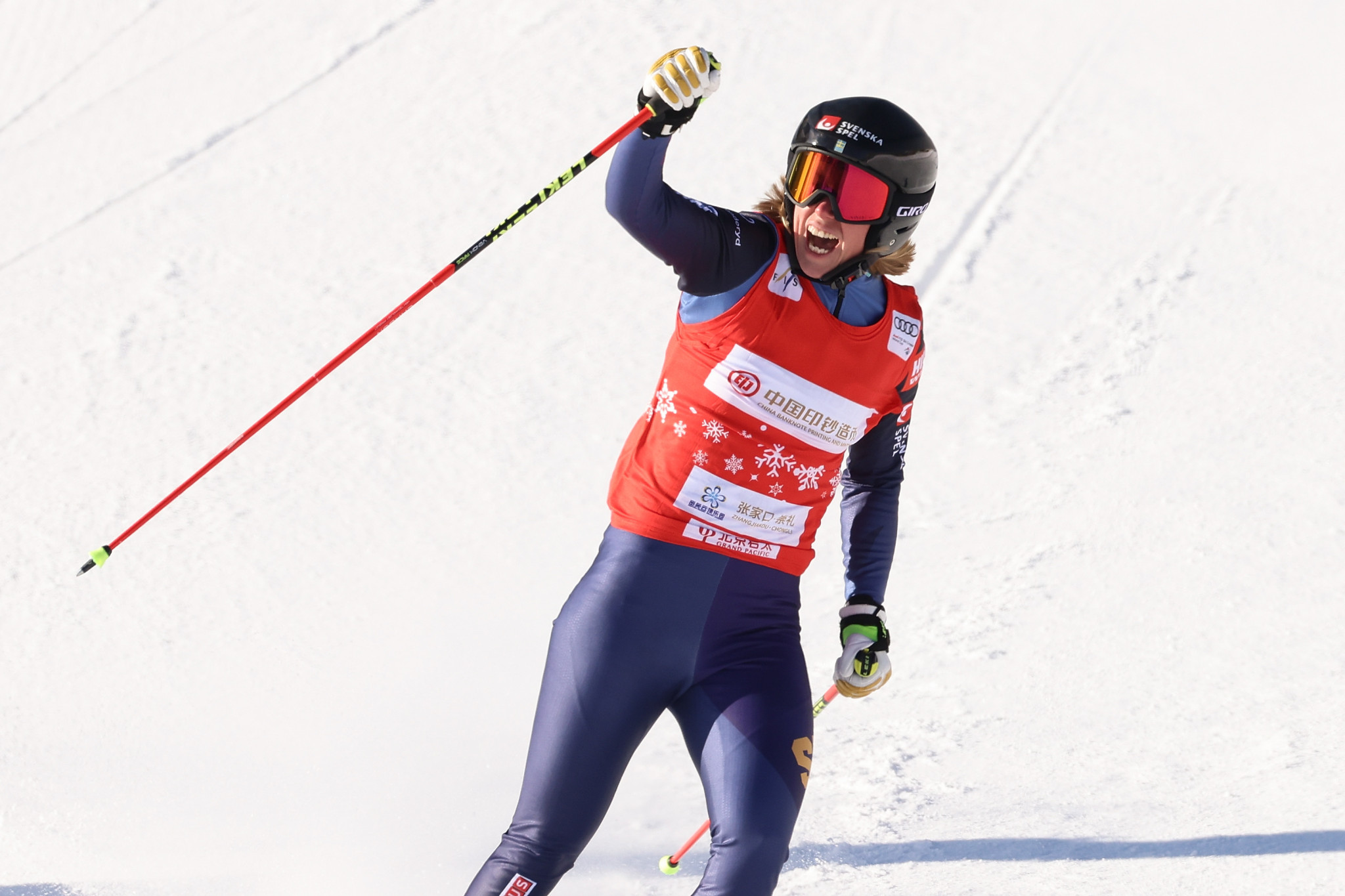 Näslund, who qualified first, lived up to her top seeding by claiming another gold medal, bouncing back from fourth place in Arosa last time out, when she did not finish the final due to a crash.

Behind Näslund was her was her closest rival and defending World Cup champion Fanny Smith of Switzerland, who was second for the fourth time this season.

Brittany Phelan was third for Canada, in front of France's Marielle Berger Sabbatel.

Swiss skier Ryan Regez won the men's event and is the fifth winner in five races this season.

Reece Howden of Canada recovered from a sub-par qualification run to take the bronze medal, with Tristan Takats of Austria completing the grand final's four skiers.

Canada's Kevin Drury won the small final ahead of Marc Bischofberger of Switzerland, Austria's Johannes Rohrweck and Sweden's Erik Mobärg, who were respectively sixth to eighth.

Terence Tchiknavorian from France was eliminated in the quarter-finals, but retains his  overall World Cup lead.