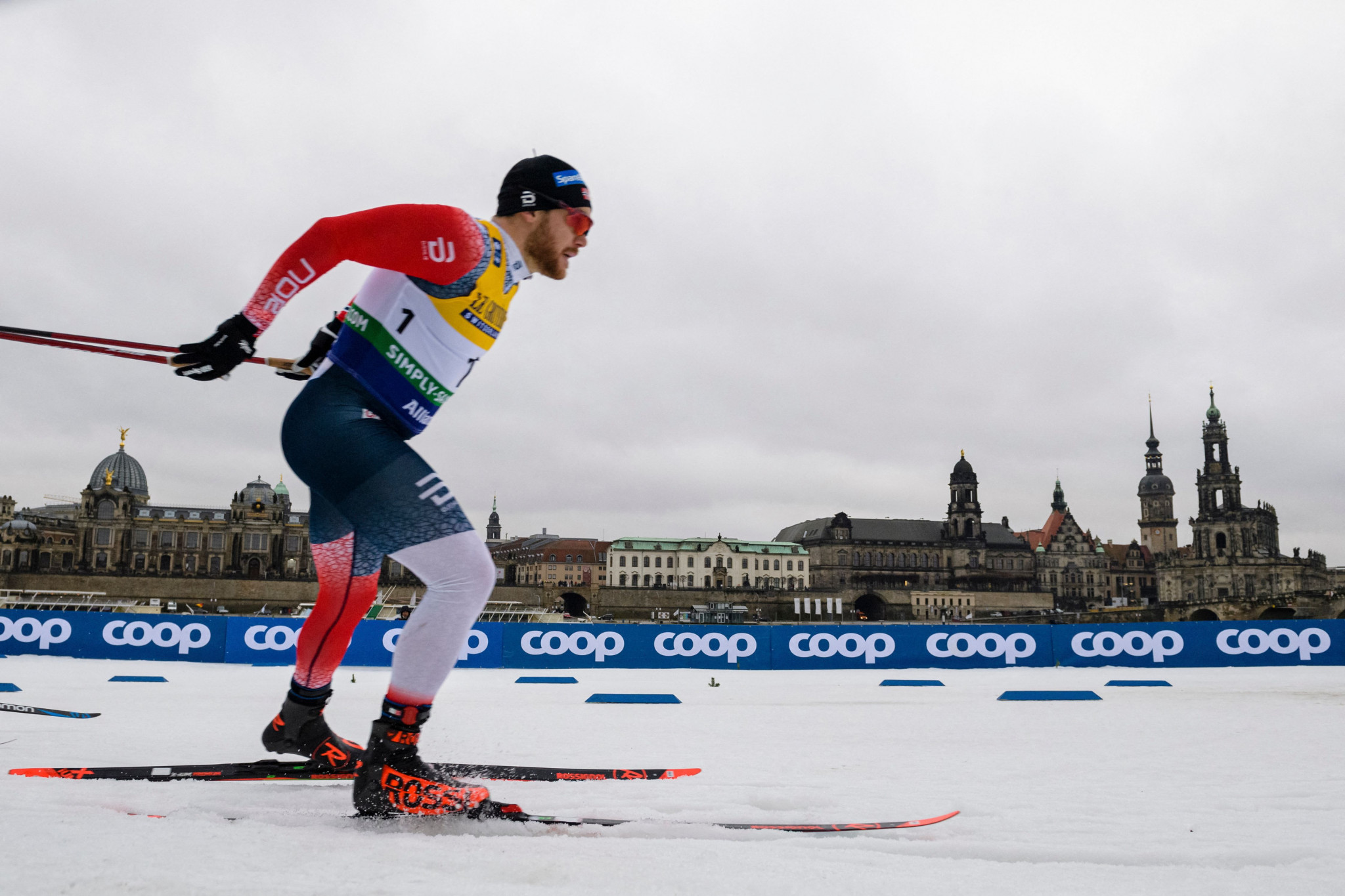 A depleted Norwegian team entered the event on the banks of the Elbe in Dresden, with World Cup leader Johannes Høsflot Klæbo conspicuous by his absence, and so too Erik Valnes.

With the established stars absent, their compatriot Taugbøl seized his chance to shine.

Taugbøl was fastest in qualifying and then won each of his quarter-final, semi-final and final races to complete a convincing victory.

Italian Federico Pellegrino, the Pyeongchang 2018 silver medallist in the discipline, was the star name on the entry list but had to settle for second place, finishing 0.15sec behind Taugbøl in a tight final at the German venue.

Lucas Chanavat of France was third, 0.68 back.

That was the same top three as the first semi-final, where Taugbøl edged out Pellegrino by 0.31.

"It's a goal that I tried to reach my whole life and to do this in Dresden in this kind of show venue is really fun and I am so proud of myself today," 28-year-old Taugbøl said.

Dahlqvist entered the women's contest having won each of the last four sprint events on the FIS Cross-Country World Cup circuit and duly made it five in succession, despite having qualified in only 11th place.

Sundling, who had qualified fastest, crossed the line 0.43 behind Dahlqvist in the final, with Slovenian Anamarija Lampič a further 0.21 back in third.

Dahlqvist's win propels her to the top of the women's overall World Cup standings, as well as extending her sprint advantage.

The absent Klæbo still leads both men's tables, but Taugbøl is up to second in the sprint ranking.

Due to Saxony's COVID-19 countermeasures, spectators are not allowed to attend.