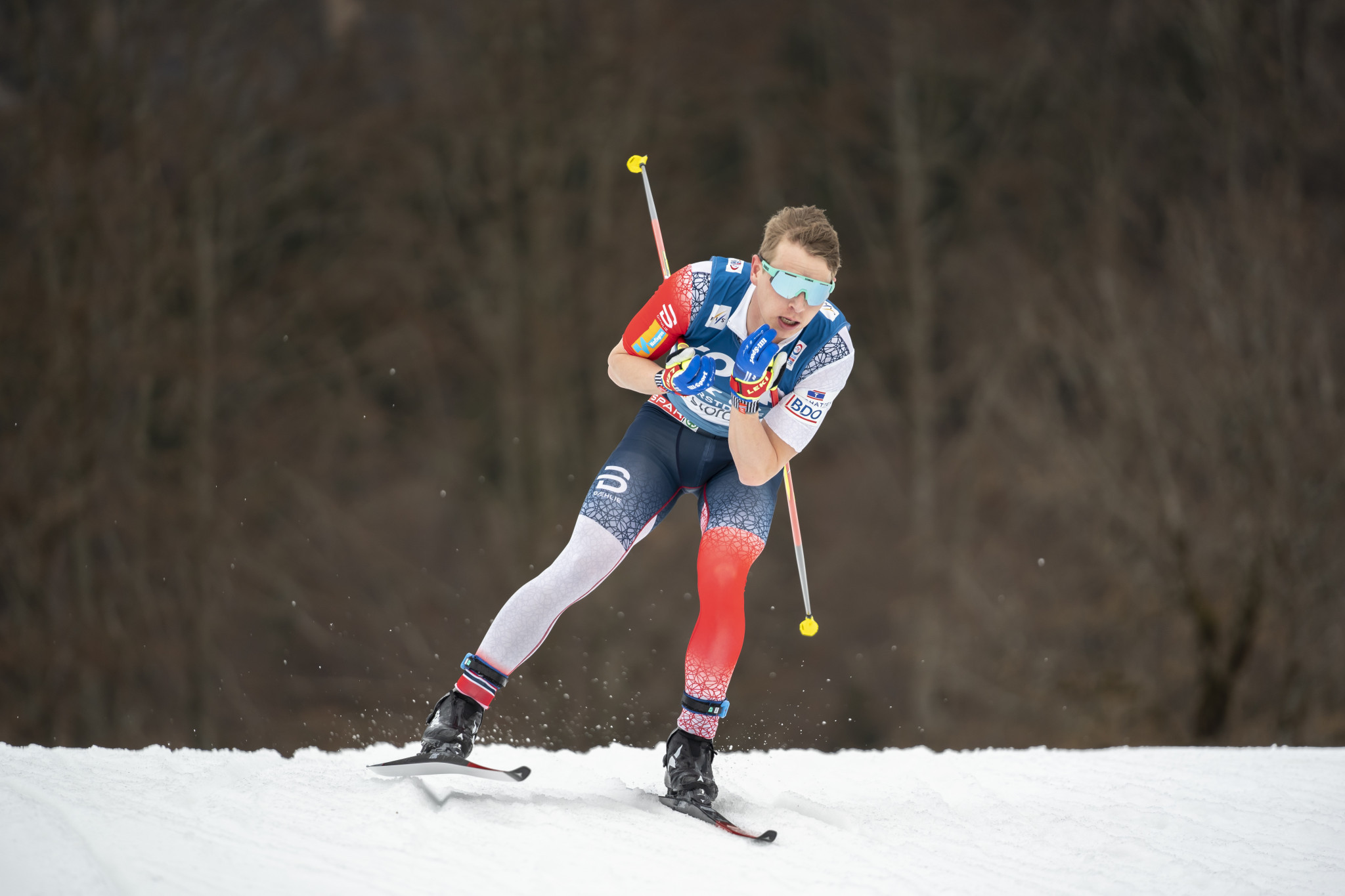 The Pyeongchang 2018 Olympic silver medallist recorded his first win on this season's circuit with a time of 32min 26.2sec.

He saw off a strong challenge from Hans Christer Holund, who finished 1.6sec further back.

"It was such a tough race and a hard fight with Holund today," said Krüger afterwards.

"He was staring 30 seconds ahead of me and I saw him in front of me and so I was fighting all the way to the finish.

"I was struggling a bit at the start of the season so it is even better to have such a good race today."

Martin Løwstrøm Nyenget rounded off the podium, 17.5sec behind Krüger.

In the women's 10km freestyle, Sweden's Frida Karlsson recorded a dramatic victory in 26:58.4, pipping Norway's Therese Johaug across the finishing line by 0.3sec.

The relay races are set to be staged tomorrow in Lillehammer with the men's 4x7.5km and women's 4x5km.