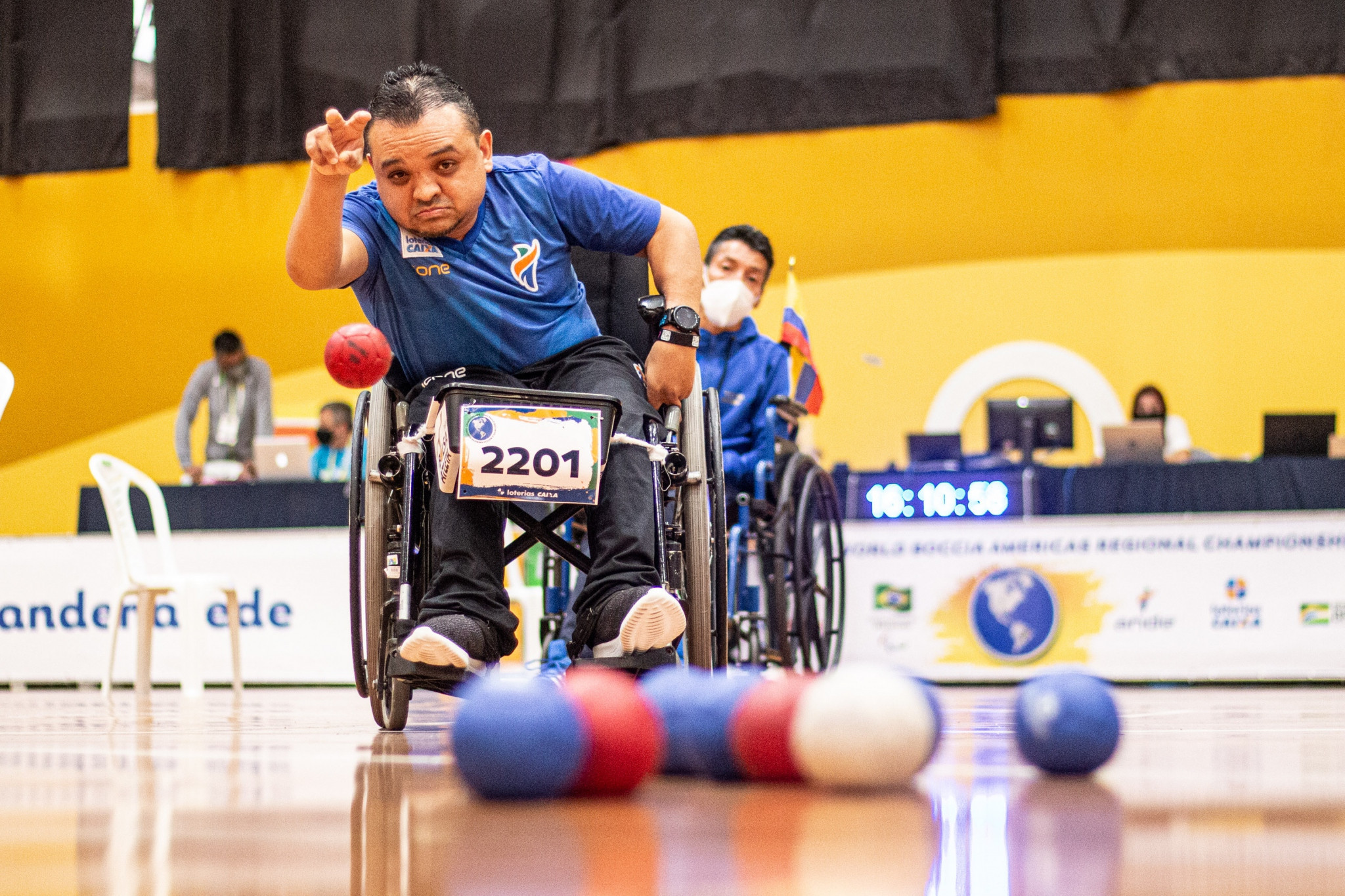 Brazil led the way at the World Boccia Americas Regional Championships, with four wins in the individual events in São Paulo.

The country's success started with José Carlos Chagas de Oliveira in the men's BC1 category, who defeated Mexico's Eduardo Reyes in the final.

Maciel Santos continued Brazil's dominance in the men's BC2, with Luis Cristaldo of Argentina and Iuri Tauan, also of Brazil, winning silver and bronze.

Mateus Carvalho added the country's third gold medals in the BC3, beating Dean Acosta of Peru in the final, with Eric Bussiere of Canada claiming bronze.

The only men's competition not won by a Brazilian was the BC4, with Euclides Grisales of Colombia taking victory over Brazil's Eliseu dos Santos.

In the women's competitions, Brazil won just one gold medal, Andreza Vitória in the BC1.

El Salvador's Rebeca Duarte won the BC2, with Brazilian Natali de Faria in silver and Joselyn Leon of Ecuador in bronze.

Stefania Ferrando of Argentina claimed BC3 gold, while Brazil's Evelyn de Oliveira and Evani Calado rounded out the podium, and Alison Levine of Canada claimed gold in the BC4, Leidy Chica Chica of Colombia and Ercileide Laurinda in silver and bronze respectively.

All competition winners secured qualification for the 2022 World Championships, which is due to take place in Brazilian capital Rio de Janeiro in August.