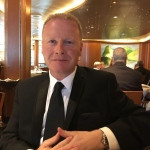 The Boccia International Sports Federation (BISFed) has elected its Board for the next four years at the organisation’s online General Assembly.

BISFed President David Hadfield was already confirmed on the Board having been re-elected in 2019 on a four-year term.

He will be joined by Britain’s Jon Morgan, who will serve as the governing body’s vice-president.

Morgan has been a member of the BISFed Board since 2016 as the treasurer and chair of the Bids Committee.

BISFed said Morgan will continue in his role as treasurer, having been credited for successfully managing the organisation’s financial affairs during the challenges posed by the COVID-19 pandemic.

Morgan has over 30 years’ experience in the sport and leisure industry and is a successful disability sport management professional.

BISFed said his knowledge of disability sport and wide network of contacts will support the development of boccia over the coming years.

Portugal’s Marta Mascarenhas was re-elected to the BISFed Board as secretary general, having served as a member of the governing body’s Bids Committee.

Mascarenhas has organised multiple BISFed-sanctioned competitions, as well as local and national events in Portugal.

Matthee previously served on the Board from 2013 to 2017, while she has led the BISFed Classification Committee since 2009.

Matthee has been involved in boccia for the past 19 years and has focused on the development of the sport in Africa.

Boccia coach and rules and competition system expert Wai joins the Board for the first time.

Wai has been a BISFed coach educator and spent nine years working for the Hong Kong Paralympic Committee and Sports Association for the Physically Disabled.

Itzik, a member of the BISFed Competitions and Rules Committee since 2017, was also elected to the Board for the first time.

He has been the Israel team manager since 2012 and head of the Israeli Boccia Committee since 2015.

Polish Boccia Association President Schmidt completes the list of elected officials, with BISFed saying it expects to benefit from his experience as a competition organiser and as a Chef de Mission for the Paralympic Games.

BISFed said 10 candidates had been nominated for the elections.

The General Assembly, which saw 69 representatives from 37 members take part, saw the approval of a new Advisory Board.

The Advisory Board will be tasked with supporting the BISFed President and Board on important matters for the future of the sport.