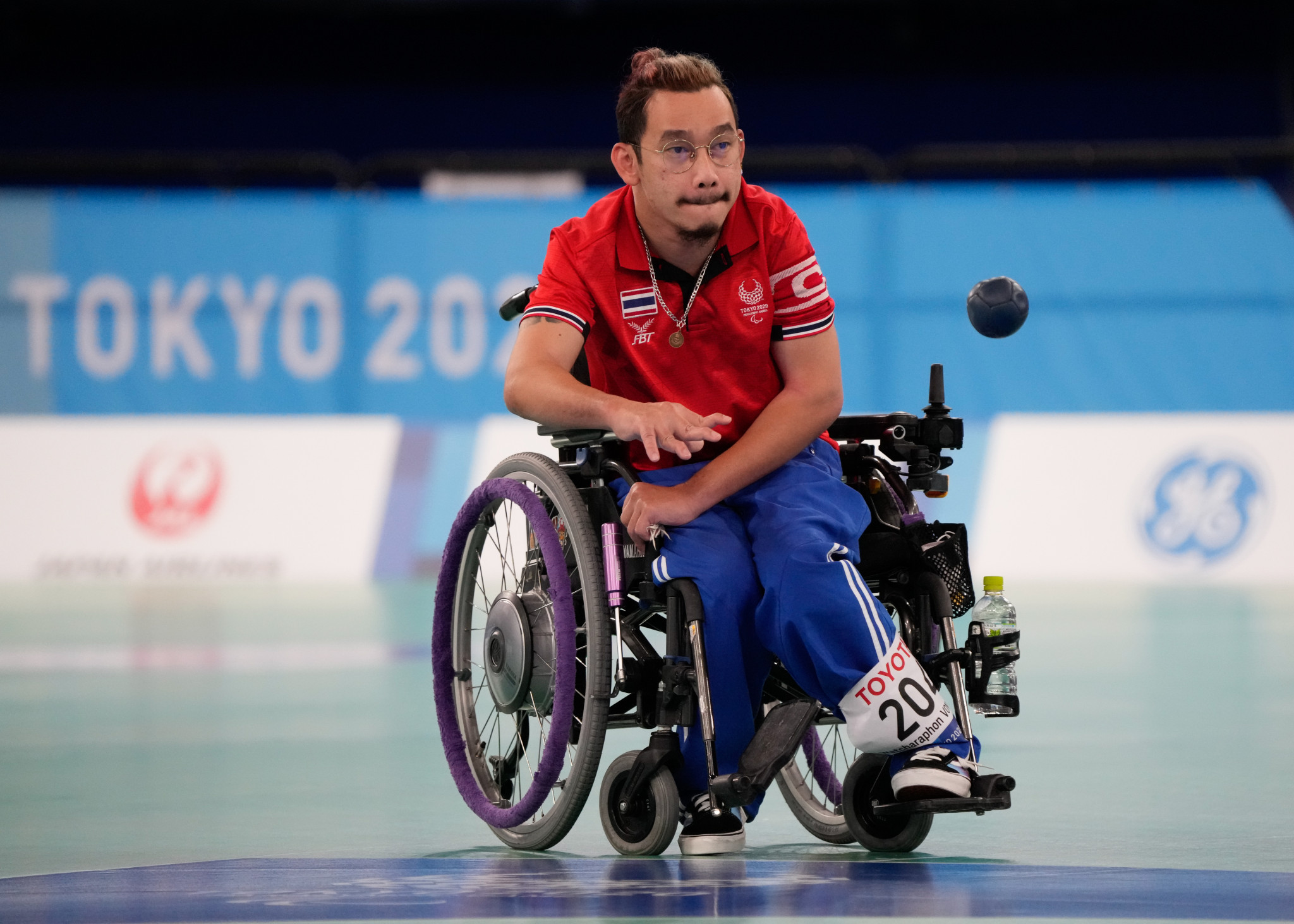 In a battle between two Paralympic gold medallists in the men's BC2 final at the World Boccia Asia-Oceania Championships, it was the former champion Watcharaphon Vongsa of Thailand who came out on top, thrashing the reigning champion Hidetaka Sugimura of Japan.

Sugimura overcame his opponent 5-0 in the mixed individual BC2 final at the Tokyo 2020 Paralympics, but the winner at Rio 2016 was on top form at the Shabab Al Ahli Club in Dubai in the United Arab Emirates.

He clinched the Asia-Oceania title with a 10-2 victory.

"I am very happy and feel confident looking into next year where we have several important events," Vongsa said.

A Thai player also won bronze in the men's BC2 as Worawut Saengampa saw off Japan's Takayuki Hirose.

Ladamanee Kla-Han earned another gold for Thailand at the Championships as she won 6-0 in the women's BC3 final against South Korean Choi Ye-jin, a BC3 pairs champion at Tokyo 2020.

However, Hong Kong proved most successful as individual competition drew to a close in Dubai.

Karen Kwok described her win as "very special", before targeting a medal at the Hangzhou 2022 Asian Para Games.

Yuen Cheung secured another title for Hong Kong at the Championships as she defeated Nuanchan Phonsila of Thailand 5-1 in the women's BC4.

Yee Ting Jeralyn Tan of Singapore was also among the individual winners, beating Japan's Yuriko Fujii 3-2 in the women's BC1, a scoreline matched by South Korea's Jung Sung-joon against Hong Kong's John Loung in the men's BC1.

This is the first Championships to feature separate male and female events.

The Asia-Oceania Championships is set to continue tomorrow with pairs and team competitions.