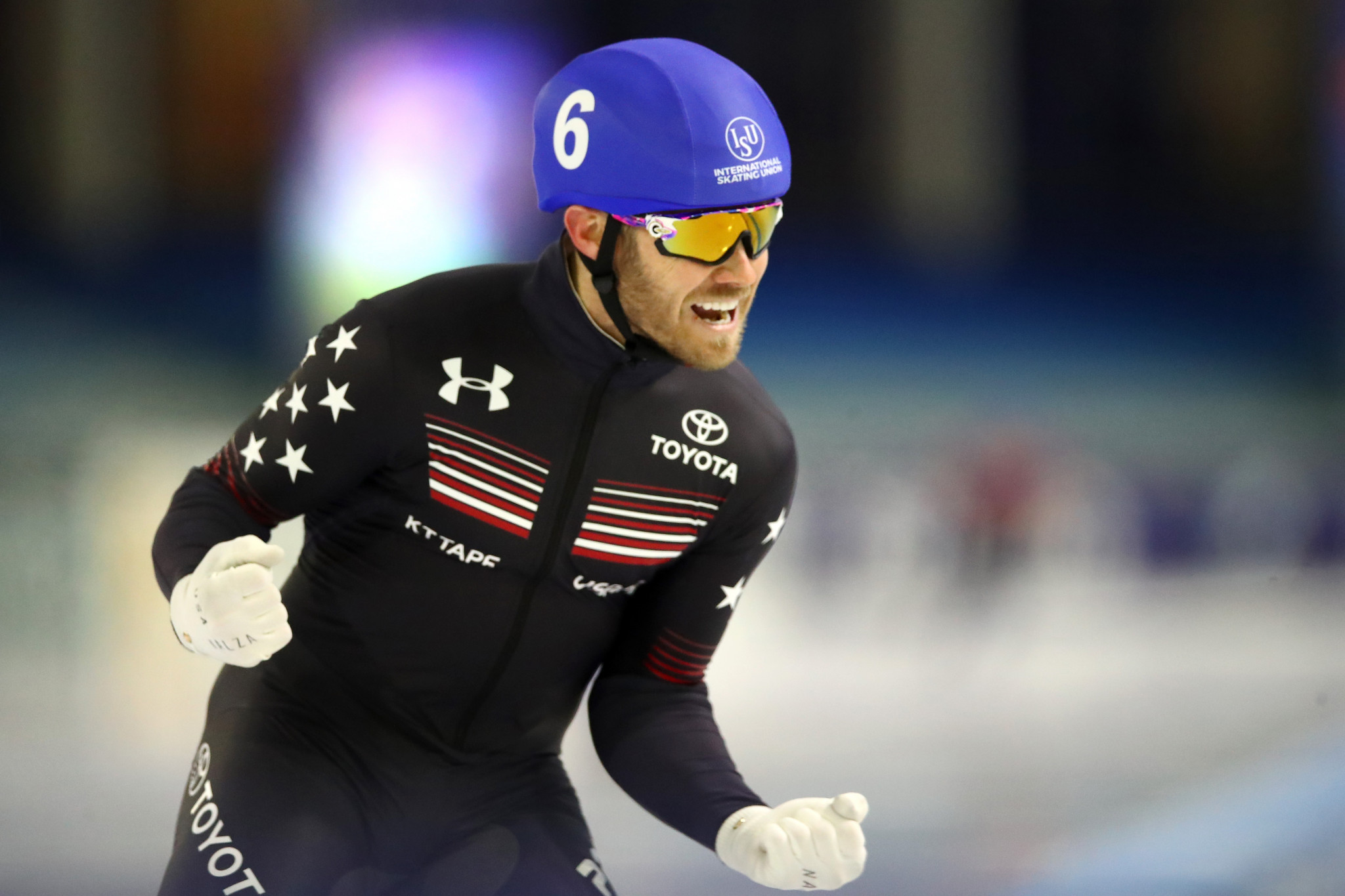 The US team clinched the title in 3mins 34.47secs to shave 0.21 off the previous record set by The Netherlands at last year’s World Championships.

The victory completed a memorable double for 35-year-old Mantia who won the men’s 1,500 metres gold yesterday before anchoring teammates Emery Lehman and Casey Dawson to the team pursuit crown.

"We're the engines in the back pushing them.

"So that's how we think about it.

"We're just like a train going around the track."

Mantia added: "I did the easy job.

"I just get up front and lead the way and these guys are pushing me so hard that I can basically just move my feet and I keep the rhythm and keep the speeds up.

"The magic behind our team pursuit being successful is that everybody thinks everybody else's job is the hardest."

What a way to finish the Salt Lake City World Cup! It's a World record and gold 🏆 for host country United States 🇺🇸 in the Men's Team Pursuit!

Thomas Krol led a Dutch one-two-three in the men’s 1,000m race as he proved too strong for Olympic champion Kjeld Nuis.

Laurent Dubreuil of Canada came third in a personal best of 34.05.

Compatriot Ayano Sato ran away with silver, crossing in 1:51.46 while Dutch speed skater Antoinette de Jong won bronze in a personal best of 1:51.72.

Sofie Karoline Haugen of Norway took her first World Cup medal with bronze after finishing in 8:32.26.