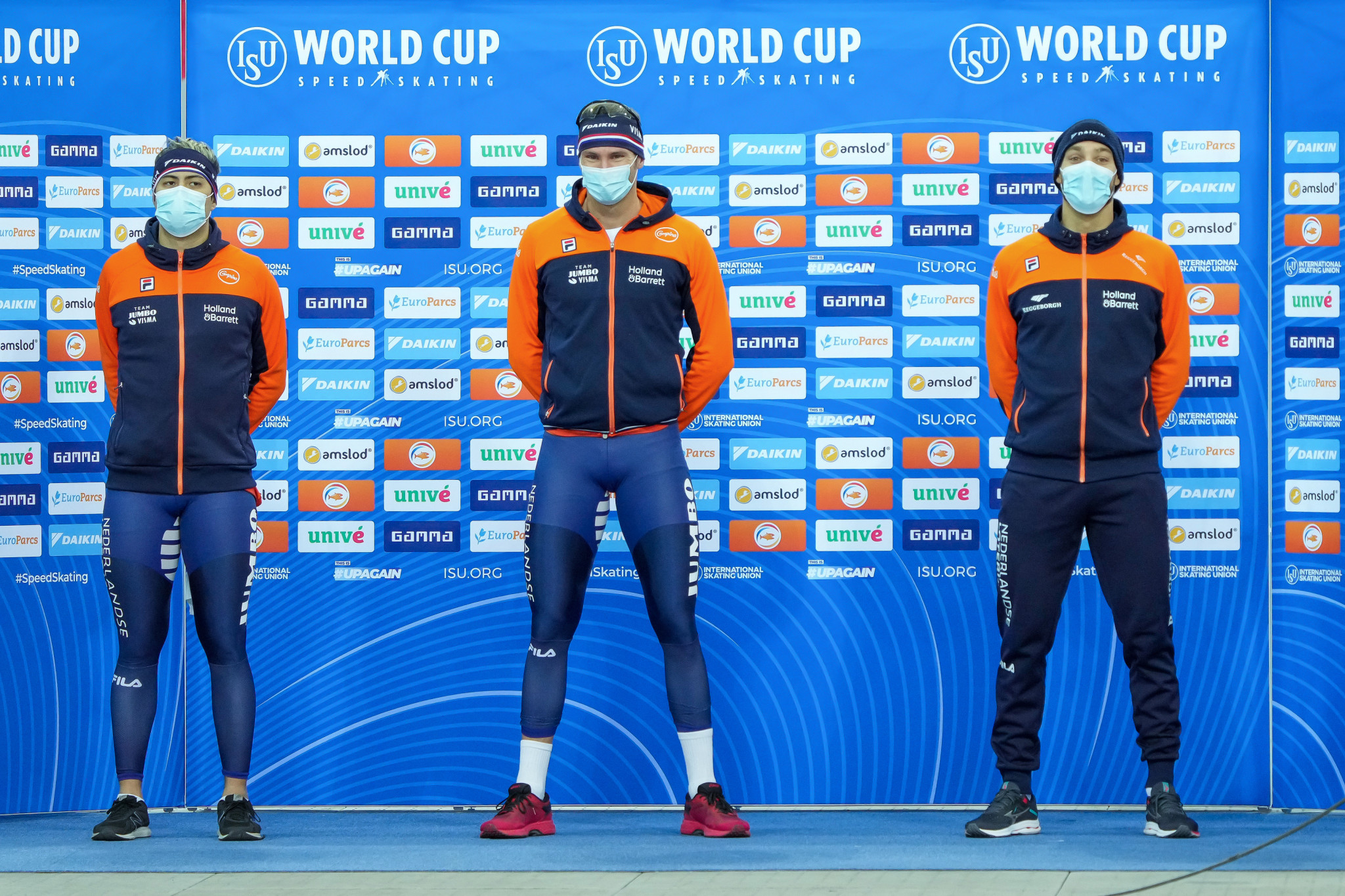 Thomas Krol led a Dutch one-two-three in the men's 1,000 metres at the second leg of the International Skating Union Speed Skating World Cup in Stavanger in Norway, with Irene Schouten providing further success for The Netherlands in the women's 5,000m.

Krol built on his second-place finish at the season opener in Tomaszów Mazowiecki in Poland by edging a dramatic race at the Sørmarka Arena.

He recorded a time of 1min 8.661sec to earn the maximum 60 points, which moves him top of the World Cup standings.

Kai Verbij was only 0.02 seconds behind Krol, while teammate Kjeld Nuis came through in third with 1:08.741.

Just half a second separated the top 10 in Stavanger, and Nuis billed the 1,00m as "the strongest [men's speed skating] event".

"Some time ago the 500m was more competitive but many more men are capable of a good 1000m nowadays," Nuis said.

"The real sprinters are able to keep their pace while the 1500m specialists have gained a lot of speed.

Nuis is second in the season's standings, while the winner of the first leg Hein Otterspeer - also of The Netherlands - placed eighth in Stavanger, leaving him third overall.

Schouten added another Dutch gold as the world champion won the women's 5,000m.

The United States' Britanny Bowe also made it two wins from two and set a track record in the women's 1,000m, clocking 1:14.16 to see off a challenge from Miho Takagi.

The Japanese skater earned consecutive silvers with 1:15.014, and her compatriot Miho Takagi recorded a time of 1:15.16 to ensure the podium matched that at the Ice Arena Tomaszów Mazowiecki.