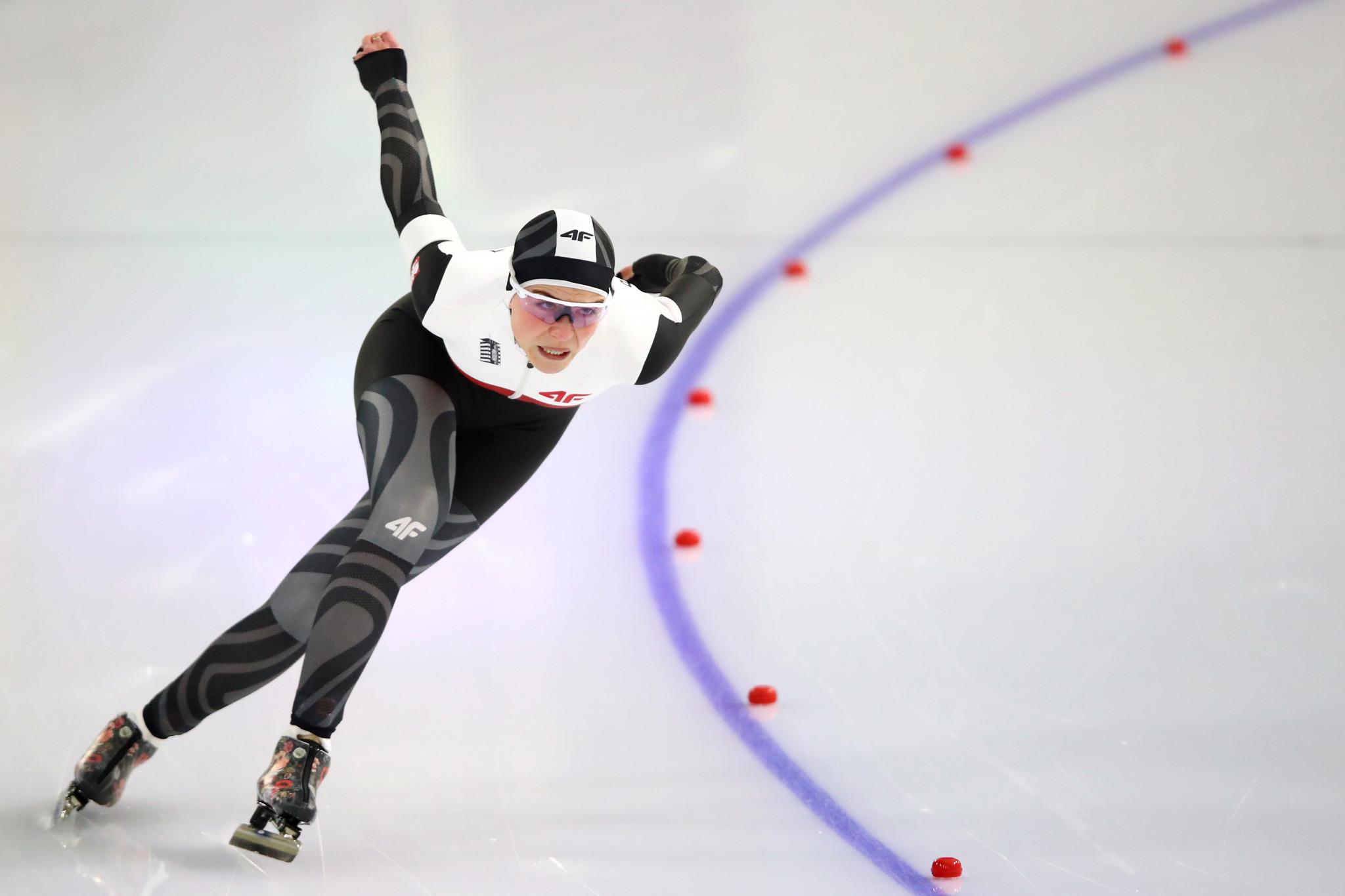 Golikova's compatriot Olga Fatkulina completed the top three with a time of 36.93.

The Pole had just missed out on a podium finish during yesterday's first women's 500m race at the Utah Olympic Oval, and was left delighted at clinching gold.

"Until now, I didn't think I could make it [winning a World Cup race], but everything is possible.

"I was working a lot to improve my technique because I think everything is there.

"The power is there and the ability to make good times.

"I was feeling really good in the beginning of the season. In Inzell, I made a huge personal best and national record.

"That was a huge surprise for me, and I thought this could be a really good season."

American Erin Jackson remains top of the overall World Cup standings having won four of the six 500m events this season, although she had to settle for sixth place in the second race on home ice.

It was a better day for home favourite Joey Mantia, who built on two podium finishes so far this season in the men's 1,500m by taking the gold with a personal best of 1min 41.154sec.

That moved him up to second in the World Cup rankings.

The overall leader Ning Zhongyan of China also clocked a personal best of 1:41.386 but this was only enough for silver, while The Netherlands' Thomas Krol earned bronze in 1:41.89.

After back-to-back second-place finishes in the women's 1,000m, Japan's Miho Takagi recorded an impressive win with a time of 1:11.843.

Closest challenger Jutta Leerdam of The Netherlands clocked 1:12.254, while Brittany Bowe of the United States remains top of the overall leaderboard after placing third with a 1:12.608.

An astute attack with six laps of the men's mass start helped Belgian Bart Swings to move top of the World Cup standings, finishing in 7:25.420.

Denmark's Viktor Hald Thorup came second with a time of 7:26.110, while Russia's Ruslan Zakharov slipped to second for the season as he was third in 7:27.040.

In the women's team pursuit, a costly crash from Japan's Nana Takagi contributed to a Canadian victory.

The Japanese team had led by 1.97sec going into the final lap, but ended up finishing last.

Canada's line-up of Ivanie Blondin, Valérie Maltais and Isabelle Weidemann made it back-to-back World Cup victories in this event with a time of 2:52.390, seeing off a Dutch challenge from Irene Schouten, Melissa Wijfje and Ireen Wüst by 0.30sec.

Tomorrow is the final day of the third leg of the World Cup season, and will feature the second men's 500m race, with medals also decided in the women's 1,500m and mass start and men's 1,000m and team pursuit.