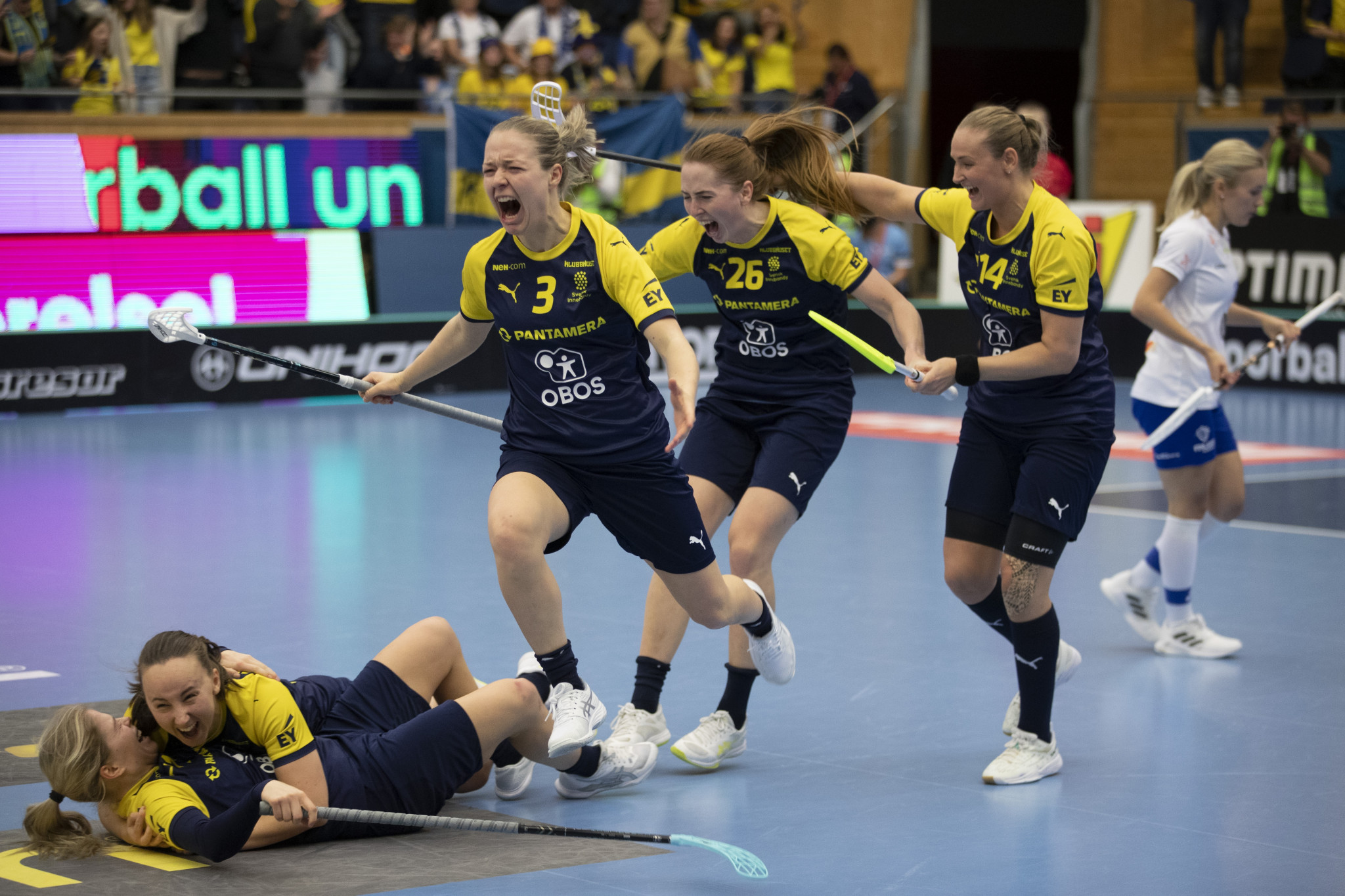 Wilma Johansson put Sweden back in front before Ellen Rasmussen scored from a seemingly impossible angle to establish a 3-1 lead at half-time.

Finland had it all to do but they responded in superb fashion as Kauppi netted on the half-hour mark to reduce the deficit.

In the third period, Finland equalised in powerplay when Sara Piispa volleyed home.

Piispa’s goal sent the match into overtime as Finland looked to complete a stunning comeback to seal their first title since 2001, but their hopes were dashed when Maja Vistrom produced a fine pass to Wibron who applied the finishing touch.

Switzerland took a 2-0 lead thanks to Ruttimann’s early double before the Czech Republic drew level with goals from Michaela Kubeckova and Vendula Berankova.

Isabelle Gerig put Switzerland ahead before Wiki struck twice to secure his nation a place on the podium.