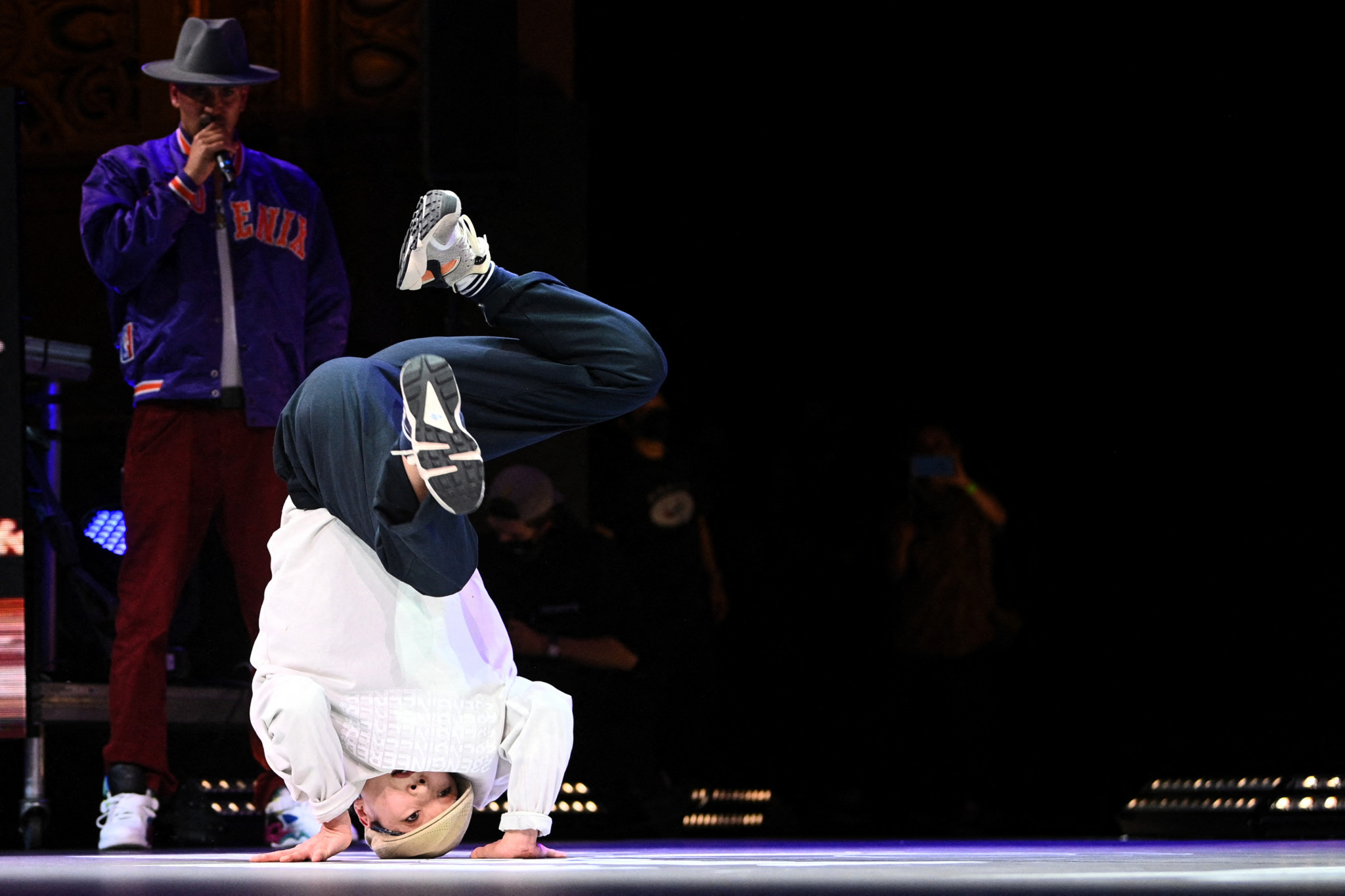 The sport is set to make its debut at the Olympic Games in the French capital in 2024, and WDSF President Shawn Tay said the sell-out World Championships "bodes extremely well".

Both events in Paris were held in the one-on-one format.

The b-girl competition featured 91 breakers, and it was Ayumi who came out on top as she beat the reigning champion Ami - also from Japan - in the final.

Ami took a first round lead, but Ayumi came back strongly and earned a 3-1 victory to clinch the title.

Bronze went to Germany's Jilou at the expense of Italian breaker Anti.

Strong performances from the All Russian Federation of DanceSport and Acrobatic Rock'n'Roll's (FDSARR) Kastet, Madmax of Belgium, American Sunny and Poland's Paulina earned them finishes inside the top eight at the World Championships.

In the 113-strong b-boy event, Victor overcame Canada's Phil Wizard 3-1 in the final to take gold, while Amir of Kazakhstan beat Brazil's Luan San for bronze.

Danny Dan was the top performer for the hosts, being joined in the top eight by the FDSAAR's Gun, Xak of Spain and Venezuelan Mini Joe.

The World Championships served as a qualifying event for the Birmingham 2022 World Games in the United States, and breakers from more than 50 countries took part.

Tay felt the event was a tremendous success.

"Congratulations to all the breakers who competed this weekend in Paris for providing such inspiration and enjoyment, especially the medal winners, who were a step ahead of the rest," the WDSF President said.

"The fact that the finals were a sell-out is proof of the huge appetite for breaking globally and it bodes extremely well for our debut at the Olympic Games Paris 2024 in three years."

Breaking has previously featured at the Buenos Aires 2018 Youth Olympic Games, and the Place de la Concorde is set to host the men's and women's events at Paris 2024, both of which will feature 16 competitors.