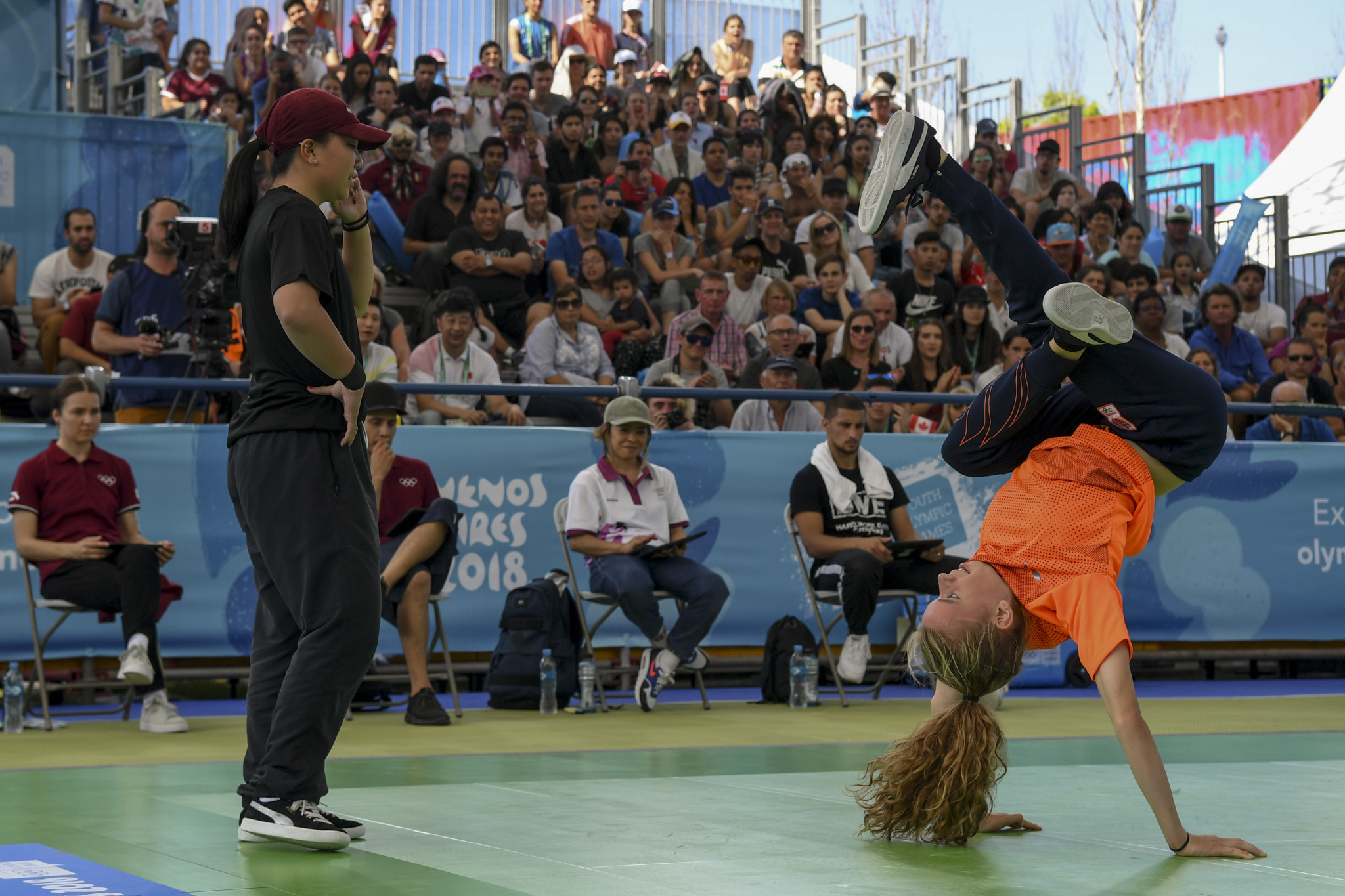 Breaking is set to make its debut at the 2023 European Games, while fencing is also scheduled to return to the sports programme for Kraków-Małopolska 2023.

Breaking’s European Games debut is set to come one year before it is due to make its bow on the Olympic stage, having been added to the programme for Paris 2024.

"Being part of the European Games, which are a gateway to the Olympic Games a year later, should come as excellent news for Europe’s best b-boys and b-girls," said World DanceSport Federation President Shawn Tay.

"To get a real taste of the Olympic experience so close to Paris 2024 will be invaluable to the 32 athletes who qualify.

"We are confident that breaking will bring much added value to the European Games’ programme and will be a big hit with the public in Poland."

Breaking events at the 2023 European Games are set to see 16 b-girls and 16 b-boys competing in one-on-one battles for medals.

European Olympic Committees (EOC) Coordination Commission chair for Kraków-Małopolska Hasan Arat said: "We are delighted to welcome breaking on board for its first European Games appearance.

"Our sports programme will be the biggest and by far the most diverse in the history of our Games, and breaking will bring a young, dynamic and urban dimension.

"With breaking’s Olympic debut set for 2024, it will also be the perfect platform on which the athletes can prepare for Paris in a similar Olympic environment."

Meanwhile, fencing is due to return to the European Games programme, after its absence from Minsk 2019.

The sport did feature at the first European Games in Baku in 2015 and is now set to return to the programme, with competition doubling up as the sport’s European Championships, while also providing fencers an opportunity to earn ranking points for the Paris 2024 Olympic Games.

European Fencing Confederation President Stanislav Pozdnyakov said the sport’s inclusion at Kraków-Małopolska 2023 was "an important step to strengthen the position of fencing in the Olympic programme and to secure the opportunity to take part in Olympic competitions for all the national federations of Europe."

He added: "I am confident that a significant impetus is given to the promotion and development of fencing in Europe and Poland in particular.

"It is also an excellent opportunity to further elaborate and discuss with our stakeholders possible approaches to the Olympic qualification system - to explore the prospects for a larger number of European national federations’ participation.

"Considering the above, I highly appreciate the valuable cooperation with our partners and friends in the European Olympic Committees and in Poland."

EOC President Spyros Capralos added: "Fencing has appeared at every edition of the modern Olympic Games since Athens 1896 and is therefore an indispensable part of the Olympic Movement.

"We couldn’t be happier to welcome them back to the European Games in 2023, where Poland has a long and storied tradition in the sport, having sent fencers to the Olympic Games since 1924.

"Kraków-Malopolska 2023 will be the perfect Olympic test for Europe’s best fencers just a year out from Paris 2024."