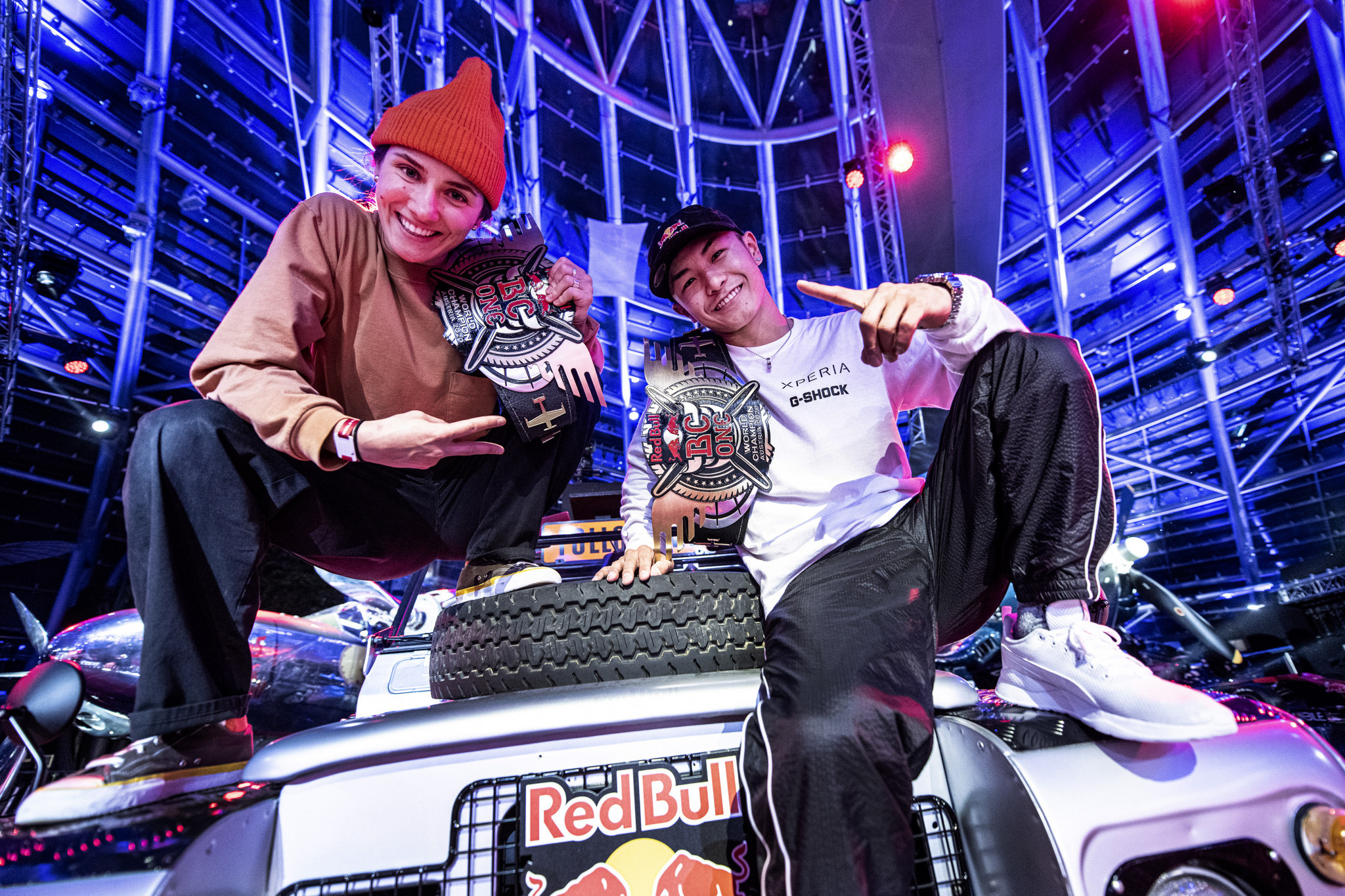 Japan's Shigekix and Russia's Kastet are bidding to defend their B-boy and B-girl titles respectively at tomorrow's Red Bull BC One World Finals in the Polish city of Gdańsk, which is featuring 16 breakdancers in both competitions for the first time.

The Red Bull BC One World Finals is a breakdancing event featuring 16 competitors in each of the B-Boy and B-Girl tournaments.

Shigekix became its youngest male winner at the age of 18 last year, beating Russia's Alkolil in the final.

He is aiming to become only the second B-boy to retain his title at this event, and is up against Spain's Johnny Fox in the round of 16.

Shigekix is a member of the Red Bulls BC One All Stars crew, as is Britain's Sunni, appearing at the World Finals for the fifth time and going up against Kazakhstan's Amir to start his tournament.

France's Lagaet is featuring for the third time and starts against Brazil's Bart, making his second appearance.

Polish B-boy Thomaz and Canada's Phil Wizard are also competing for the second time, and take on debutant Flea Rock from the United States and Japanese veteran Nori - who qualified for the event for the fifth time - respectively.

Denmark's undisputed World B-Boy series champion Zoopreme is up against fellow debutant Wild Jerry of Belarus, with ties between first-timers Gun of Russia and The Netherlands' TaqfiQ, and Xak from Spain and Dutch breakdancer Lee completing the B-boy line-up.

At this week's Last Chance Cypher, Lee, Amir, Johnny Fox and Nori all advanced to the World Finals, with the other 12 B-boys granted wildcard entries.

At the 2020 B-Girl World Finals, Kastet became the first breakdancer to win back-to-back titles, triumphing in the final against Belgium's Madmax.

She is featuring on this stage for the third time, as is another experienced B-girl in Japan's 2018 champion Ami.

Both start against debutants, with Kastet facing Argentinian debutant Carito and Ami taking on Russia's Nadia.

France's San Andrea is also set for her third appearance, and has been pitted against Japan's Ayumi, competing for the fourth time, in a tie between two experienced B-girls.

Madmax finished as runner-up last year and is appearing for the second time, facing Russia's debutant Vavi in her opening battle.

Colombia's Luma and home favourite Paulina go head-to-head on their second appearances at the World Finals, as do South Korea's Yell and American Logistx.

Greece's Sidi takes on debutant Fanny of France, while Ram of Japan meets Britain's Stefani in a battle between two first-timers.

As with the B-Boy World Finals, 12 breakdancers were granted wildcards, with Ayumi, Fanny, Stefani and Vavi progressing through Last Chance Cypher.