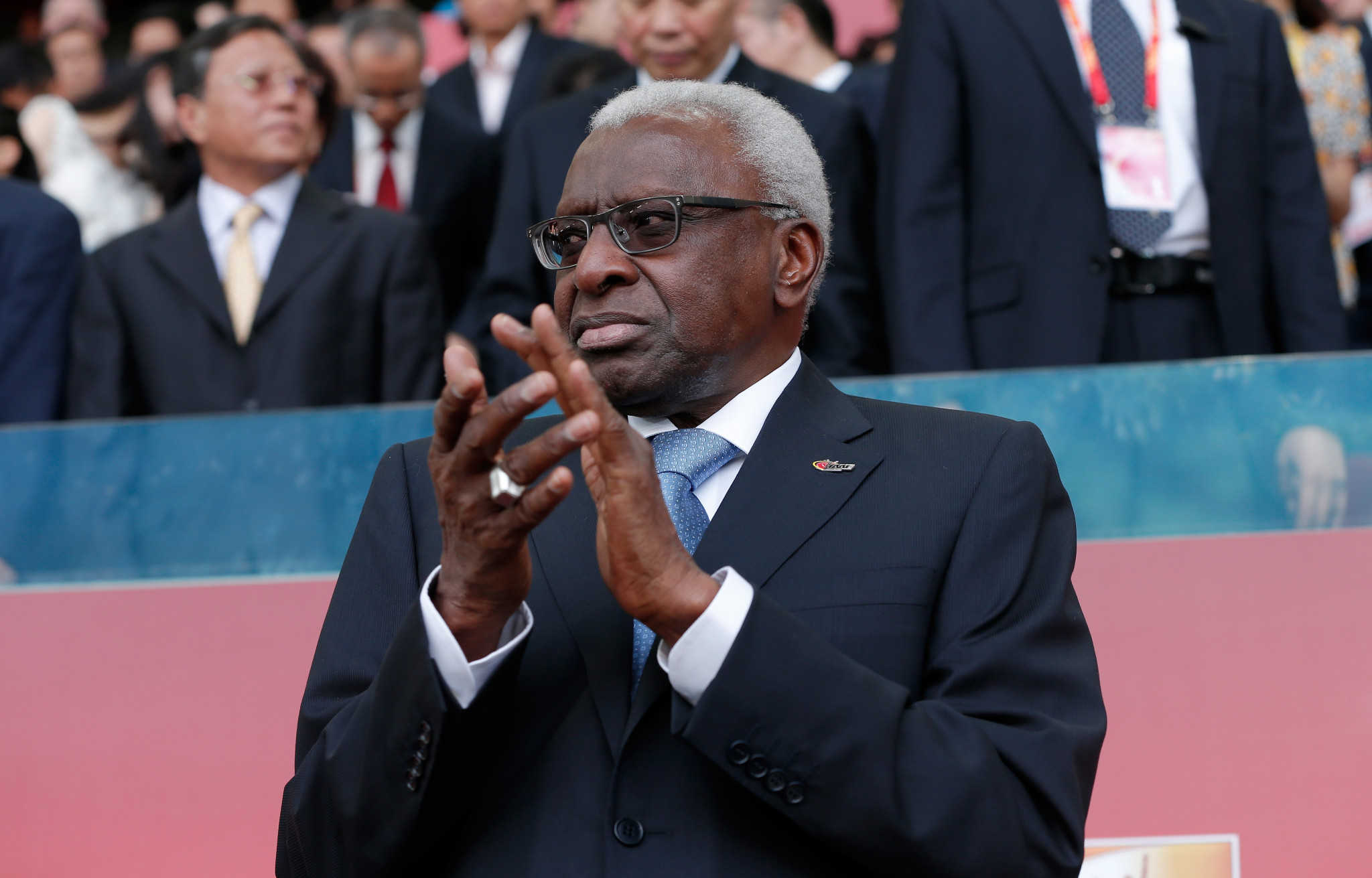 Diack, who led athletics' world governing body from 1999 to 2015 and a former member of the International Olympic Committee (IOC), died in his home in Senegal.

"He died at home of a natural death," his son, Papa Massata Diack, said.

His funeral is due to be held later today.

The ex-IAAF President was convicted of leading a clique that covered up Russian doping in return for millions of dollars in bribes.

In September 2020, a French court sentenced him to four years in prison, two suspended, though he has remained under house arrest and was later released on bail.

Diack was convicted of multiple charges of corruption, some of which related to the Russian doping scandal, including accepting €3.2 million ($3.8 million/£2.75 million) in bribes from athletes suspected of doping to cover up their test results and let them continue competing, including in the 2012 London Olympics.

Papa Massata, who was found guilty of siphoning off $15 million (£11.5 million/€12.5 million) to his companies while his father led the IAAF, and Diack were ordered to pay World Athletics €5 million (£4.6 million/$5.9 million) in damages for breach of trust.

Judge Rose-Marie Hunault, who sentenced Diack, said he had "undermined the values of athletics and the fight against doping" with his actions.

"You violated the rules of the game," Hunault added.

Lawyers previously said he would die if he was sent to prison due to ill health.

Diack was also found guilty of accepting Russian money to help Macky Sall’s campaign for President of Senegal in 2012 and has been accused of accepting bribes regarding the rewarding of the 2016 Olympic and Paralympic Games to Rio de Janeiro.

Carlos Arthur Nuzman, the former President of the Brazilian Olympic Committee and head of the Rio 2016 Organising Committee, was sentenced to more than 30 years in prison after a Brazilian court ruled he led a bribery scheme to secure the 2016 Games.

"Nuzman came to me and said, 'Sérgio, I want to tell you that the IAAF President, Lamine Diack, is a person that is open to undue advantages'," Cabral said.

"'He can secure five or six votes.

In 2011, the IOC Ethics Committee found Diack and Issa Hayatou - who was FIFA vice-president from 1992 to 2017, Confederation of African Football President from 1988 to 2017, IOC member from 2001 to 2016 and Acting FIFA President following Sepp Blatter's resignation in October 2015 - guilty of receiving payments from a defunct firm in the 1990s.

Diack and Hayatou admitted to the Committee they were paid by International Sport and Leisure (ISL) in 1992 and 1993.

In a statement in 2011, the IOC said: "Diack personally received cash payments from ISL at a time when the company was in negotiations with the IAAF to sign a marketing contract.

"Mr Lamine Diack placed himself in a conflict of interest situation."

World Athletics acknowledged the death of Diack in a one-sentence statement.

"Following confirmation from the Confederation of African Athletics, we note the death of Lamine Diack, President of the IAAF from 1999 to 2015."