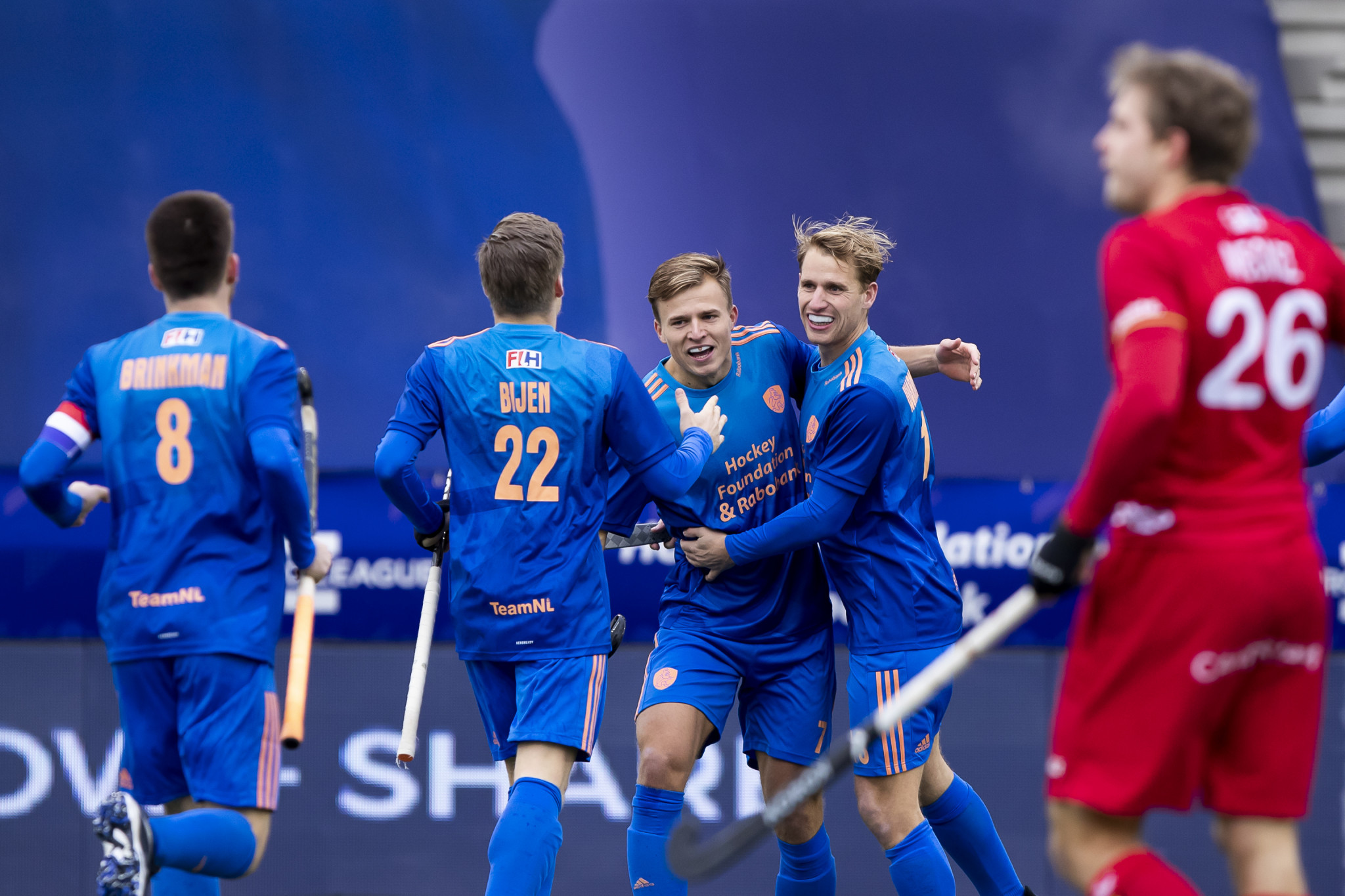 Two goals in the opening six minutes got the Dutch off to a dream start against the defending world, Olympic and Pro League champions, and they were able to hold on for a 2-1 win.

Alexander Hendrickx pulled a goal back for the Red Lions shortly before the interval at Wagener Stadium on the outskirts of Amsterdam, converting from a penalty corner, but the Dutch held strong to record their first regular-time victory of the season.

The Netherlands beat Belgium via a shootout at the same venue on Friday (November 26).

"Two very good games from our squad this weekend against what I think is still the best team in the world, so I’m really proud," Dutch captain and player of the match Thierry Brinkman declared afterwards.

The Dutch now have a points percentage of 83.33, having collected five from two games, so are top of the table.

Belgium, with a 58.33 points percentage, are second, having payed four games.

Germany are winless, having twice lost to Belgium, and the remaining teams are yet to play this season.