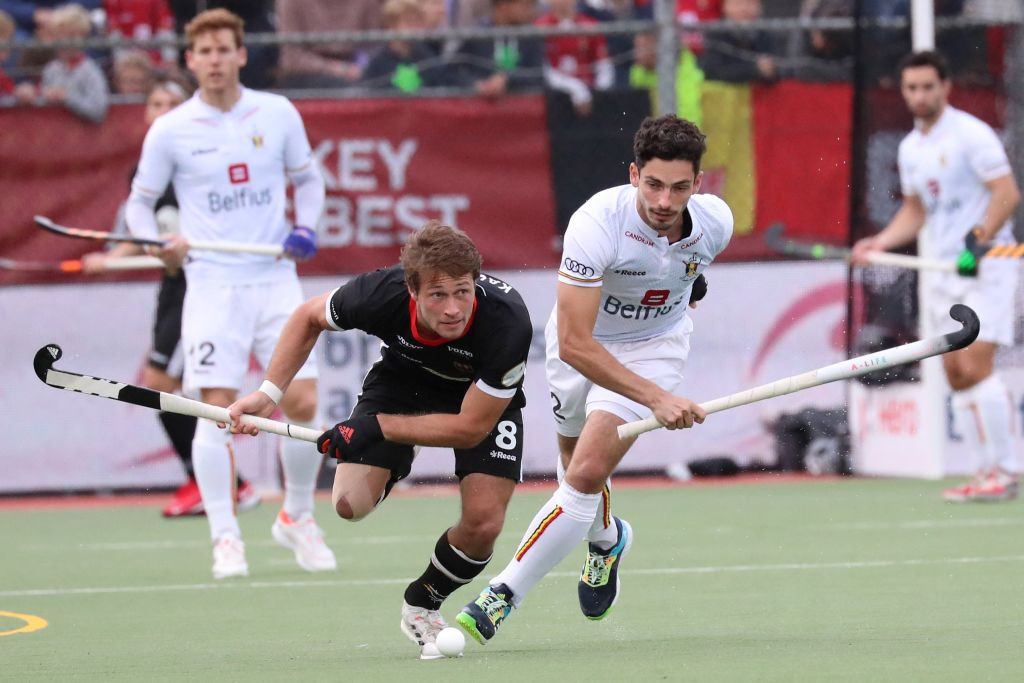 Olympic champions Belgium began the defence of their men's Hockey Pro League title with two victories over Germany in their double-header in Brussels.

Belgium were greeted by a sell-out crowd for their homecoming match following their triumph at Tokyo 2020, where they claimed the country's first Olympic hockey gold medal.

The hosts delighted the home fans in attendance at Royal Uccle Sport yesterday with a thumping 6-1 win.

Belgium followed up the victory by edging out the same opponents 5-3 in a thrilling encounter today.

Germany gave Belgium's men a much tougher contest in the second and final match of the weekend, taking the lead after four minutes through Niklas Wellen.

But Belgium, ranked number one in the world, hit back with two goals in as many minutes.

Lukas Windfeder pegged Belgium back as he made it 3-2 just before the half-hour mark.

Thibeau Stockbroeckx restored Belgium's two-goal lead but Germany would not go away and reduced the deficit again when Malte Hellwig found the net on 45 minutes.

Belgium sealed maximum points two minutes from time as Nicolas de Kerpel rounded off a superb weekend for the Olympic gold medallists with his side's fifth.

"If you look at the game yesterday, it was 6-1 of course, but our goalie had an amazing game and it could have been 6-4 or 6-5", said Belgium midfielder Victor Wegnez.

"Today I think they were more efficient in front of goal.

"We struggled a little bit to enter the game, but then we started to put our game in place and deserved the win."